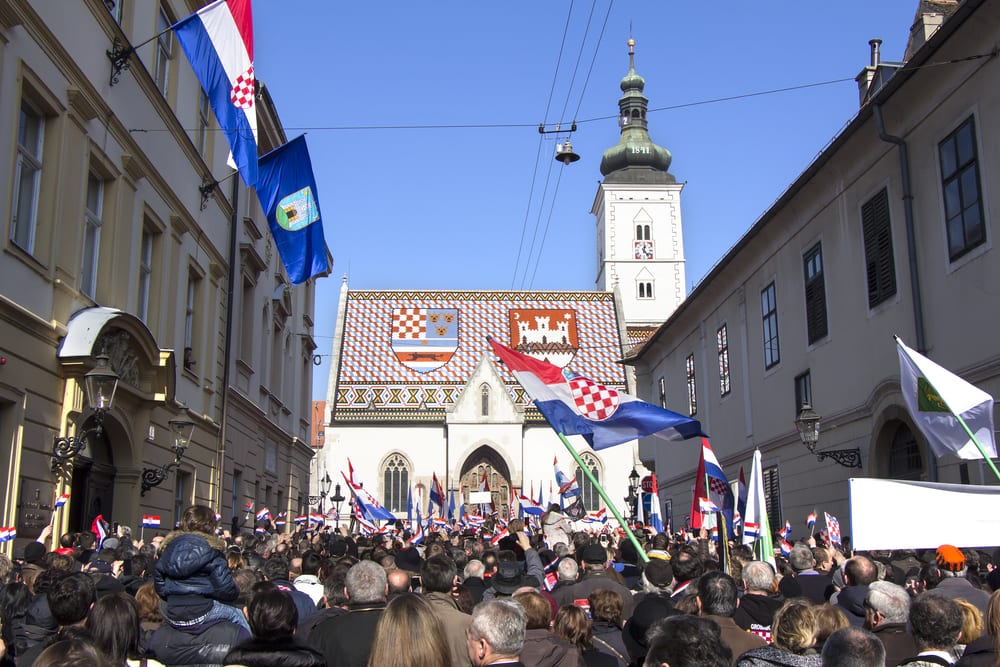 Despite different projections, Croatia’s centre-right Prime minister Andrej Plenković managed not only to win the last week’s parliamentary elections, but even to increase his party’s seats in parliament, depriving his centre left rival SDP of a much hoped-for victory. However, with participation down, Andrej Plenković’s HDZ won more seats with less votes. Notably, some more left-wing MPs made it into the new parliament.

On Sunday, July 5th, parliamentary elections were held in Croatia under unusual circumstances. They were unusual as they took place in the midst of a pandemic and during the summer, which is not regular given that many people go for seasonal work in the tourism sector, or on vacations. For these two reasons, the opposition had criticised the government for ending the term too early. They warned of the prospect of a low turnout which would result in lower legitimacy for a future parliament and government, especially in times of the looming economic crisis. Also, some in the opposition criticised the decision for early dissolution of the parliament because a new law on the reconstruction of the capital Zagreb, after the March earthquake, was not yet passed. The government of the centre-right, led by Andrej Plenković, the Prime Minister and President of the Croatian Democratic Union (HDZ), taking all these elements in consideration, bet that the timing of the elections would favour them, and decided on calling elections before the official end of the mandate. His bet paid off.

In the past almost four years, Andrej Plenković’s government suffered numerous corruption scandals and departures of ministers (as many as eleven ministers left HDZ on suspicion of corruption), as well as economic shocks, such as a financial collapse of a large join-stock company Agrokor and consequences of the lockdown measures to fight the COVID-19 pandemic. However, Plenković’s government endured the political turmoil, and in these elections, HDZ strengthened its power, winning more mandates than in the 2016 parliamentary elections. This electoral success harmed all other major competitors, especially the centre left rival Social Democratic Party of Croatia (SDP), which achieved the worst election result in the last 25 years.

“The government of the centre-right, led by Andrej Plenković, the Prime Minister and President of the Croatian Democratic Union (HDZ), taking all these elements in consideration, bet that the timing of the elections would favour them, and decided on calling elections before the official end of the mandate”

Plenković decided on elections counting on the approval his government gained in fighting the pandemic. Namely, during the first wave of the COVID-19 pandemic, the government reacted promptly to the epidemiological situation, presenting itself as a responsible and professional government who cares for the health and wellbeing of its citizens. The pandemic coincided with the Croatian presidency of the Council of the European Union, which was an area in which the Prime Minister wanted to present himself and Croatia as a successful new members of the EU. This did not materialise due to the focus directed primarily at fighting the virus across Europe. Thus, the only source of Plenković’s appeal to the citizens had to come from the measures taken to fight the pandemic.

The National Civil Protection Headquarters, composed of ministers, epidemiologists and infectologists was immediately formed at the outset of the pandemic, to which the Croatian parliament temporarily delegated a set of powers, although the ruling majority did not declare a state of emergency. At the beginning, the Headquarters built its legitimacy on professional and reasoned decisions to prevent the spread of the infection, while the government, in agreement with the leading media, created an image of members of the Headquarters as saviours of the Croatian people.

The fear caused by the virus led people to develop attachment to what is certain, and, in the spring of 2020 in Croatia, for many people this were the Headquarters. By the time it was discovered that the Headquarters were composed exclusively of HDZ members, they already had gained citizens’ trust. Plenković, calculating his chances of winning in the autumn, when a possible new waves of the pandemic would require new lockdowns and severe measures and, even more importantly, when effects of the economic downturn will manifest, decided to capitalise on the perception of effective and reliable functioning during the pandemic, and taking into account a lower voter turnout which always works for HDZ, risked and won.

Voter turnout was indeed low (46%), but it gave HDZ 66 seats (+4) with fewer total votes than in the 2016 parliamentary elections. The parliamentary majority is 76 in 151 seat parliament. HDZ’s victory meant that their competitors fared proportionally worse. The SDP-led centre-left coalition Restart, the major competitor to HDZ, won 41 seats (-3), and the radical right coalition Domovinski pokret (Homeland Movement), which ran for the first time, won 16 seats, much lower than expected.

“The fear caused by the virus led people to develop attachment to what is certain, and, in the spring of 2020 in Croatia, for many people this were the Headquarters”

Social Democrats will have to honestly assess reasons for their loss which cannot only be attributed to a low turnout. If able to delve into a constructive self-critical analysis of their political priorities and the vision they offer to Croatian citizens, they have a chance for political revival – but only if they are serious and ambitious about what they can offer as a better alternative to citizens. Relying on traditional sympathy of SDP voters cannot gain more votes. It is not enough to say what one is against – an ambitious political party has to clearly spell out what it is in favour of and forcefully and uncompromisingly fight for its goals.

The HDZ victory meant also that the far-right is weaker than they loudly presented themselves. This is good news for Croatia. Another good news of these elections is the success of left green platform Možemo! (We Can), whose member is also Radnička fronta (Workers’ Front), the first radical left party since the independence of Croatia. Together, they surprised themselves by winning seven seats. The centrist liberal parties Pametno (Smart), Fokus (Focus) and Stranka s imenom i prezimenom (Party With a Name and a Surname) each won one seat. This result means that there will be ten MPs who will represent new political options in Croatia.

The right-wing populists Živi zid (Human Shield), a party known for spreading conspiracy theories and anti-vaccination views, didn’t win any seat and suffered political defeat. National minority representatives have constitutionally secured eight seats. With two (self-styled) liberal parliamentary options (two seats) and national minority representatives (eight) Andrej Plenković is going to form a weak parliamentary majority, but still a majority that makes Plenković a prime minister who does not need to beg or seek out to buy votes to form the majority.

One can hope that the HDZ victory will move it closer to centrist policies, which would be a positive development, seen the rising trend of right-wing populism in Europe. Andrej Plenković managed to remove his party – and therefore Croatia – from the course of previous leaders, which would have brought the country closer to Orbán’s Hungary and Kaczyński’s Poland. He also made it alargely reliable partner to Brussels.

The Homeland Movement, led by the singer of patriotic songs Miroslav Škoro, with its zeal for radical right-wing and nationalist political demands (camouflaged in the notion of so-called ‘sovereignism’) sought to create a government ideologically inclined to reduce human rights and bring Croatia closer to the Visegrad Group countries. HDZ victory in that sense may not be a good news if Andrej Plenković manages to further emancipate HDZ into a proper Christian democratic party and to grapple with challenges that the pandemic has caused.

If he succeeds in at least one of these two tasks, he will have results to show for the continuation of his political career, which exceeds Croatian borders, and hopefully, Croatia will be a stronger democracy. New left, green and liberal political options have now four years to make their place in national and European politics and systematically offer a new political menu to Croatian voters, focused on the interest of citizens, civic values, green economy, smaller and efficient bureaucracy, away from wars, memories of the past and old enemies. A small new European country should be able to finally start looking forward.