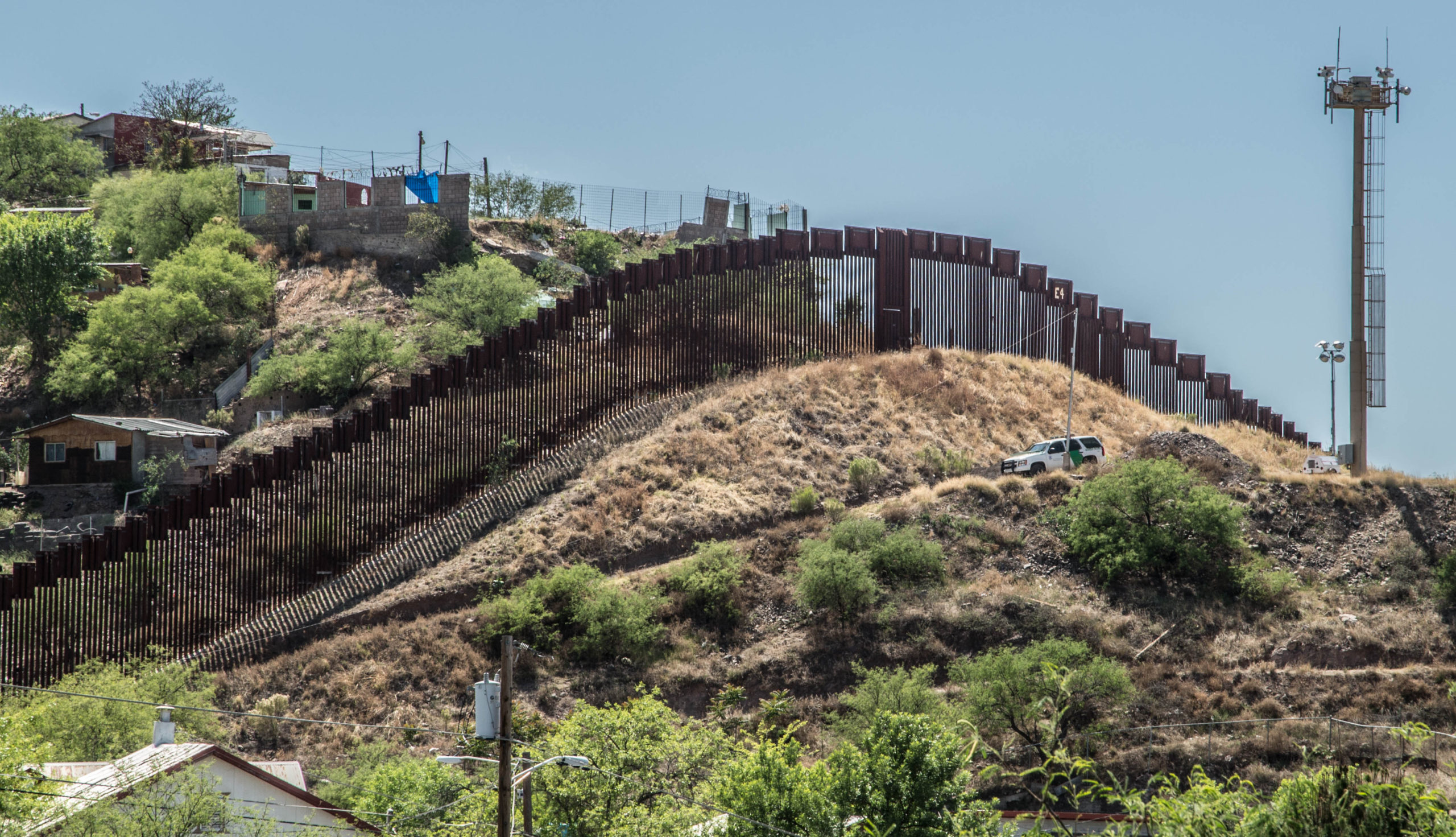 The elections in the United States as an electoral process, which began from the definition of candidacies in political parties, the realisation of their internal electoral conventions, the pre-campaign, the appointment of their candidates and the election campaign have been followed with great interest in Mexico Latin America and the Caribbean and certainly in the rest of the world. It has been a process in which, unlike other processes in this North American country, words, speeches, attitudes, actions and forms have been of great political relevance since not only the behaviour of candidates but their entire environment is observed, which has made it an election campaign that has been analysed from different analytical perspectives.

It has been worrying that the campaign has been characterised by a high discriminatory, racist content, hatred and marked distance between rational and simple occurrence or discourse without academic sustenance, without scientific sustenance.

It has been a campaign that violates politics as the instrument to generate agreements, consensuses, add as many ideas and proposals to be included and to integrate them into a programmatic proposal that would allow to accompany a program of government. It has been a campaign that has violated the institutions of this country and confronted those same institutions with an ideology that never seeks consensus but imposition. It is in itself conservatism at its broadest expression and with a demeaning vocabulary that has been one of the most important features of this election campaign where the main actor has been President Donald Trump on the side of Republicans, leaving out the party spokesmen represented in the Senate of and in the House itself and has focused only on the personality, ideas, proposals, vision, idiosyncrasies of the candidate, but not on a programmatic proposal of the party. This narrative, imposed by the Republican candidate, triggered in many strata of US society and in academic, intellectual, economic social and political sectors in Latin America a kind of rejection of those proposals, comments, supremacist attitudes that in the speech was being raised from the noise, scandal and screams which were an important part of the campaign, and that put aside the proposals of the Democratic candidate.

Contrasting positions between the two candidates, the pursuit of unity, inclusion, combating discrimination, defence human rights, expanding rights, defending the environment, changing the energy mix that were part of the platform and Democratic discourse was always overridden by stridency and disqualification.

Expectations were low, no interest was foreminded by US citizens in the electoral process, no mass involvement was envisaged against the US president, and there was no significant campaign of attraction on the part of the Democratic candidate as his charisma and his call from his speech was not a source of passions by his potential voters. The electoral process in the United States also showed the weaknesses of democracy in the face of populist discourses, and in the face of state lies regarding the Covid-19 pandemic.

There were doubts about democracy, about citizen participation in voting, there was doubt about the American electoral system itself, which, in the past, had demonstrated its shortcomings by electing presidents who did not win the popular vote.

It was significant that on 3 November, 60 percent of American voters had already sent their vote in advance. In Mexico it is believed that the more voters participate in an election, the more the possibility of voter fraud is diluted; the more voters participate in an election, stronger becomes the winner of that election. This same idea prevailed in the United States – or at least that is how we wanted to see it from Mexico. However, we had to realise that winning the popular votes does not mean that you necessarily win the presidency. It was alarming to realise that American society is truly divided, fractured, broken. On the one hand, there is a very clear conservative sector in certain rural and lower middle-class sectors, but also among immigrants as it was evidenced by Latino voters who preferred Donald Trump to Joe Biden.

It was very significant to realise that while in countries like Mexico, Argentina, Brazil, Chile, or Uruguay, to avoid any doubts, election results are presented on the same day of the election, in the US political system, the winner does not necessarily win on the evening of the elections. Neither is the day of the election the only opportunity for voters to cast their vote.

For Mexico, it meant a motivation for those economic and social political actors that see the country’s President Andrés Manuel López Obrador as the local version of President Donald Trump. Election results showed that a defeat is possible by a president who minimises the opposition, who criticises the critical press, who lies on topics like the economy, the pandemic and security, who reduces budgets for culture, science, technology, education, art and who bets on hydrocarbon exploitation rather than renewable, clean energies.

The choice in the United States shows Mexicans that the leadership of a single person is not enough to undertake the full transformation of a country: the single person has been defeated in the 2020 election and his party can be defeated again in the 2024 presidential election. The lessons for Mexico, or for a part of Mexican society, is that such governments are unable to realistically assess their real power as Head of state.

The big difference is that compared to the US, in Mexico, civil society activism, environmental, and human rights organisations  are not as active, powerful and influential as they should. On the contrary, they are weak institutions that have grown accustomed to depending on the funds provided by previous governments. They were more in line with the those previous government’s interests, and now, without the support of the new administration, they have ceased to influence Mexican society on social rights worth fighting for by their views, activism and mobilisation.

Bilateral relationships will not suffer major changes because of this election and the resulting change of US government. We do not see a different attitude regarding migration. The new trade agreement between Mexico and the US will bring some differences in environmental matters, government purchases and there will also be some differences in labour issues. However, we note that a change will be difficult in economic policy and bilateral relations. And in the field of the environment and social matters we note that the attitude of the US towards Mexico. Mexico, while not withdrawing from the Paris agreement with its hydrocarbon megaprojects, would not be 100 percent complying with the agreement to combat climate change.

he relationship between Mexico and the US will be different from the one between President Andres Manuel López Obrador and his counterpart Donald Trump regarding Latin America and the Caribbean.  We hope to see a change in attitude in the relationship of Obama’s policy of ending of the blockade of the country. We hope there is less strident and more political dialogue with more support for democracy in Venezuela, one that focuses not solely and exclusively on the overthrow of Nicolás Maduro but on strengthening international and enforcement institutions so that processes in the region are transparent and societies’ leanings. The strengthening of multilateral institutions in the region is urgently needed. It is an important task as the Organization of American States (OAS)  today lacks legitimacy and credibility after much of the past actions have been taken mostly in the interest of the Trump administration than in the interest of the region. Again, the US election shows that the defeat of populist governments in the region is feasible and that it will allow democratic institutions to be strengthened. A real commitment of the left and the right in the region is needed that the way to address disputes internally is the electoral route, and that the mechanism to settle disputes is political dialogue, negotiation and agreement.

This is a good time for the region to change the relationship with the United States and to seek more of a community idea, an idea of integration in the face of the Covid-19 pandemic, a severe economic crisis many countries in the region are going though, while handling it individually rather than collectively.

With the perpetual corruption and zero credibility they enjoy, politics in Latin America and the Caribbean are at risk by racist, xenophobic, exclusionary, and discriminatory discourses. The elections in the United States were a reflexion of the situation in various Latin American countries: we are broken, we are fractured and divided. There is no vision that leads the changes in our societies.

But it is also an opportunity for progressive women  and men, for left-wing women and men who, in the United States, had an extraordinary participation in defending the rights of minorities, in combating poverty, racism and xenophobia. The progressive women and men who mobilised the base, who encouraged activists to register as voters were fundamental to show that the best form of government is one that emanates from society and that their demands are included in an agenda. It is  a good chance, given by the United States, that today we have progressives to deal with the disasters caused by the Covid-19 pandemic and the resulting economic crisis. It is urgent to rethink a new economic model, where we do not have the economic privileges of transnational corporations at the centre, but the interests of citizen: their opportunities,  their access to education, to housing, jobs and living wages.

It is time for progressives to make clear that the best form of government emanates from democracy, but not via a presidential system. That political debate is necessary for conflict resolution. It is important for the progressive left to express that the only way for solving political dispute is the ballot box and that democracy implies responsibility. It is time to sit down and to talk to entrepreneurs, to civile society, and to social movements to form a new program that includes the urgent needs of the social agenda, the economic agenda, the cultural and the multicultural agenda that is represented by our societies. It becomes necessary to rethink the relationship with the media and to regulate transnational companies such as Facebook, Twitter, Google etc. to make its contents more scientifically objective. It becomes necessary to think globally, multilaterally, and nationally. And that Mexico, Latin America, the Americas in general need a vision of greater rapprochement with the European Union.

The dangers for democracy from America’s populist drift, by Vivien A. Schmidt.
Trump is gone and Trumpism is here to stay, by Rick Smith.
Time for Democrats to join forces across the Atlantic, by Knut Dethlefsen.
Trumpism is here to stay, by Dimitris Tsarouhas.
Inclusive nationalism wins in America, by John Halpin.
The cultural politics defining the 2020 election, by Michael Kennedy.
Young voters and the 2020 election, by Layla Zaidane.