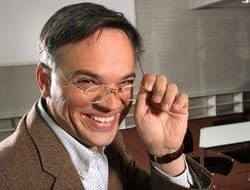 Direct democracy is often discussed from a normative angle: supporters praise its deliberative and participatory qualities whereas critics doubt that the citizens are sufficiently well informed to make far-reaching decisions directly. This contribution analyses direct democracy from an empirical angle: it delves into the effects that direct democracy tools have on a few economic, political and governance outcomes.

Before being able to analyse the effects of direct democracy, we need to define it. It has been defined as the right of citizens to directly decide on substantive political issues by means of popular votes. We propose to distinguish between referenda and initiatives. In a referendum, citizens are asked to vote on a policy proposed by the government, whereas in an initiative, they vote on a policy proposed by the citizens themselves. Currently, more than 100 constitutions worldwide contain provisions for having a referendum, but less than 40 for initiatives.

In purely representative democracies, citizens get to vote every so many years. They do not get to vote on single policies, but on a whole set of them, usually the policy platforms of competing political parties. This implies that elected politicians have ample opportunities to disregard the preferences of their voters on many issues. If we think of citizens as the principals and politicians as their agents, then this constitutes a principal-agent problem: the principals have problems making sure that their agents play according to the principals’ preferences (and not the agents’ own interests). Assuming that politicians dislike being corrected by their voters, they would have more incentives to cater to the preferences of the citizens under direct democracy. We can separate a direct from an indirect effect: If politicians know that citizens might resort to an initiative if they disregard citizen preferences, they have incentives to take citizen preferences into account in all measures. I propose to call this the indirect effect, as no initiative needs to be run for it to be effective. The direct effect would then be the case where an initiative effectively does take place.

Direct democracy strengthens citizens vis-à-vis elected politicians. It has economic and political effects as it is associated with higher government effectiveness and lower corruption.

Single party governments in representative democracies often have to serve different factions. This often leads to package deals which make the most important voter groups happy to the detriment of unorganised voters, frequently constituting a majority. Package deals with negative overall effects are, of course, even more likely under coalition governments. Direct democracy instruments allow citizens to unbundle such deals and directly vote on specific issues. Anticipating the possibility that their deals might be unbundled by the citizens, political parties can be expected to be more careful when making, for example, welfare-reducing package deals.

Empirical findings show that direct democracy institutions have significant effects on both economic and political outcomes. Four stylised findings are worth emphasising:

First of all, the effects of (mandatory) referenda are very different from the effects of initiatives. Whereas mandatory referenda are correlated with significantly lower overall government spending, initiatives are correlated with significantly higher government spending. We should thus be very careful when talking about direct democracy as different instruments are likely to cause very different outcomes.

Second, initiatives (and referenda) often need to really take place to cause any effect. In other words: the direct effect is stronger than the indirect effect. Direct democracy can have a positive effect on government effectiveness as well as reduce corruption. But just having legislation making the use of direct democracy instruments possible will not suffice: they really need to be used. We can show that each additional referendum (as well as each additional initiative) significantly increases government effectiveness and significantly reduces corruption.

Empirical findings show that direct democracy institutions have significant effects on both economic and political outcomes.

Fourth, direct democracy institutions are no panacea for higher citizen involvement either. It is sometimes said that direct democracy institutions make citizens more interested in politics, which has the effect of more informed citizens who are more likely to turn out at the voting booth. Unfortunately, we did not find any evidence to support this claim. Rather, citizens express lower trust in both government and political parties. However, these results need to be taken with a grain of salt as the comparability of the procedural variables across countries can be questioned.

Want to read more? Here are the studies on which this contribution is based: