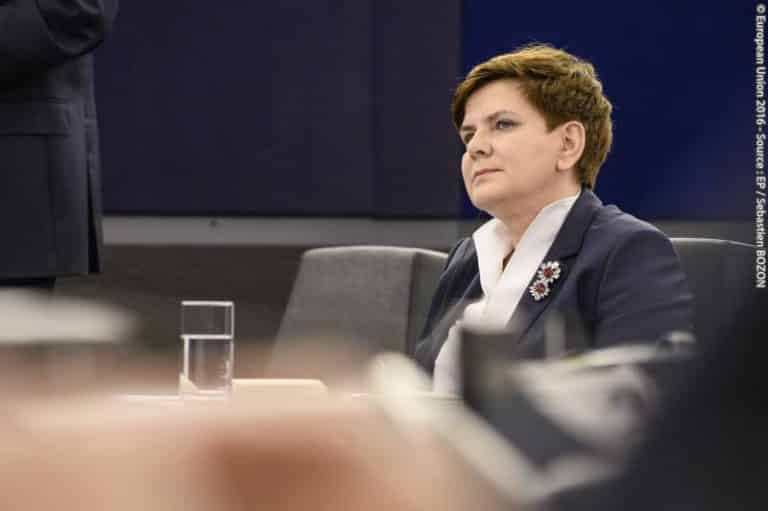 Over the last year of the current government of Prawo i Sprawiedliwość (Eng. Law and Justice, PiS, European Conservatives and Reformists) in Poland we have witnessed many significant developments happening in the political arena. On one side the government of the Prime Minister Beata Szydło has implemented a number of announced reforms, which have improved the life of millions of Poles, but on the other hand PiS has seriously undermined the trust to a democratic state of law. The attack on the independence of the judicial power with special regards to the Constitutional Court, the employment of party loyalists in the public media and the civil service as well as the promotion of xenophobic attitudes are undoubtedly part of the illiberal revolution, which we have been observing in Europe and the United States for some time. What, in regard to that, could be the answer of both the Polish and European left to these challenges?

Pulling the reins of democracy

One should underline a number of misconducts of the PiS. The first and most serious charge is the slow dismantlement of the democratic state of law. Starting with the attack on the Constitutional Court and the disregard of its ruling, through the formation of an own party nomenclature in many fields of public life to the fueling of a feeling of reluctance and fear of others – Muslim refugees, Germans, Russian and all other minorities. The external world is visualized by the current government as something bad and dangerous. The European Union, which Poland has been a member of for almost 13 years, is regarded as an alien and foreign force, which does not have the right to “interfere” in Polish matters. That was the case when the Commission and the European Parliament expressed their unease in regard to the so called “constitutional crisis” and when, in the Polish Sejm, the fundamentalist project of a total ban on abortion appeared. Poland may have witnessed many conservative revolutions in its 28 years of sovereignty, but the current situation seems extraordinary. One party with the absolute majority in the parliament and an obedient president from its rows performs changes as under the slogan “Budapest in Warsaw”. The level of devastation in the democratic culture in Poland is hard to assess even after the first year of the PiS government.

The successes of PiS

To make a just assessment of the PiS government one should also appreciate a number of positive changes that have taken place in Poland during the last year. First of all the party of Jarosław Kaczyński has abandoned the “free market” language in the public sphere. Instead of praising commercialization and privatization now there is a discourse, which is emphasizing the need to help the poorer regions of the country, which are the losers of the transition. The flagship project of the current Polish government, the Programme “500+”, which ensures a monthly PLN 500,- for each second and next child up to 18 years of age is an example , that “another politics” is possible. Similar announcements regarding the social housing for rent from public money prove a change in quality in comparison to the former government of Platforma Obywatelska (Eng. Civic Platform, PO, European People’s Party Group) and Polskie Stronnictwo Ludowe (Eng. Polish Peasant’s Party, PSL, European People’s Party Group), which supported so called junk contracts on the labour market, the liberalization of further public sectors and blocking of progressive postulates of the trade unions.

The situation is all the more complicated as the opposition is Poland is weak – both in parliament and outside of the Sejm. Admittedly the 2015 founded Komitet Obrony Demokracji (Eng. Committee for the Defense of Democracy, KOD) has given a basis for the organization of protests of many thousands of opponents of the illiberal issues, but the message of KOD is not unambiguously universal. Many defenders of the Constitutional Court have signalized their reluctance towards the social reforms, which as a matter of fact are justified and good, of the PiS. They used arguments as if the society has been “corrupted” by the “500+” Programme and therefore is not protesting against the disregard of the Constitutional’s Court rulings. Many KOD activists seem to forget that this very Court has been supporting both the neoliberals and conservative hegemony in Poland for many years. Many feminists movements’ demonstration in defense of democracy seem to have forgotten that in 1996 the Constitutional Court has questioned the liberalization of the law on abortion by the Sojusz Lewicy Demokratycznej (Eng. Democratic Left Alliance, SLD, Progressive Alliance of Socialists and Democrats). Many defenders of democracy have intentionally discredited a number of undemocratic behaviours of the former president of the Constitutional Court, as he was mocking Leszek Miller, SLD chairman at that time and former prime minister, while he was pointing at a number of proved anomalies during the local elections in 2014. It is clear, that many persons have reasons for not being on any side in the conflict between PiS and the Constitutional Court. The democratic state is a value in itself, although it is worth underlining with sadness that during the last 12 years Polish democracy has proved fragile many times.

The situation of the opposition is complicated also by its current political parliamentary form. Namely the opposition for the conservative and nationalistic right in the Sejm is the … free-market right. Social democracy therefore has a problem in “associating” with groups, which declaratively want to defend the democratic character of the state, but for years have supported the most anti-employee and anti-social solutions in economy. For that reason, some of the SLD’s decisions to join “United Opposition” or KOD’s protests have been seen as unintelligible. All the Polish left have been strongly divided on this issue. Because of this it is good to create progressive strategy on that for the upcoming years.

In need of the own way

Polish social democracy with its strongest party the SLD, should in the context of the above-mentioned political landscape define for itself where it stands in this conflict. Is it closer to the anti-market PiS, which questions many rules of liberal democracy, or is it more on the side of the rather central groups which again believe in the fallen neoliberal project? The author of this article claims that the distance both to PiS and the so called united opposition should be equal. Being anti-PiS is both intellectually shallow and doesn’t automatically give a progressive answer to the challenges Poland is facing. On the other hand, closing one eye on further illiberal activities of Jarosław Kaczynski’s party equals giving permission to an “eastern drift” of an important member of the European Union. For this reason, the current government should be criticized from the social and democratic side. Any movement away from the idea of social solidarity should be pointed out clearly and any attempts on political freedoms stigmatized. The answer to nationalism should be a strong, trustworthy and independent left, which will state the justice and predictability of a democratic Poland in a United Europe.