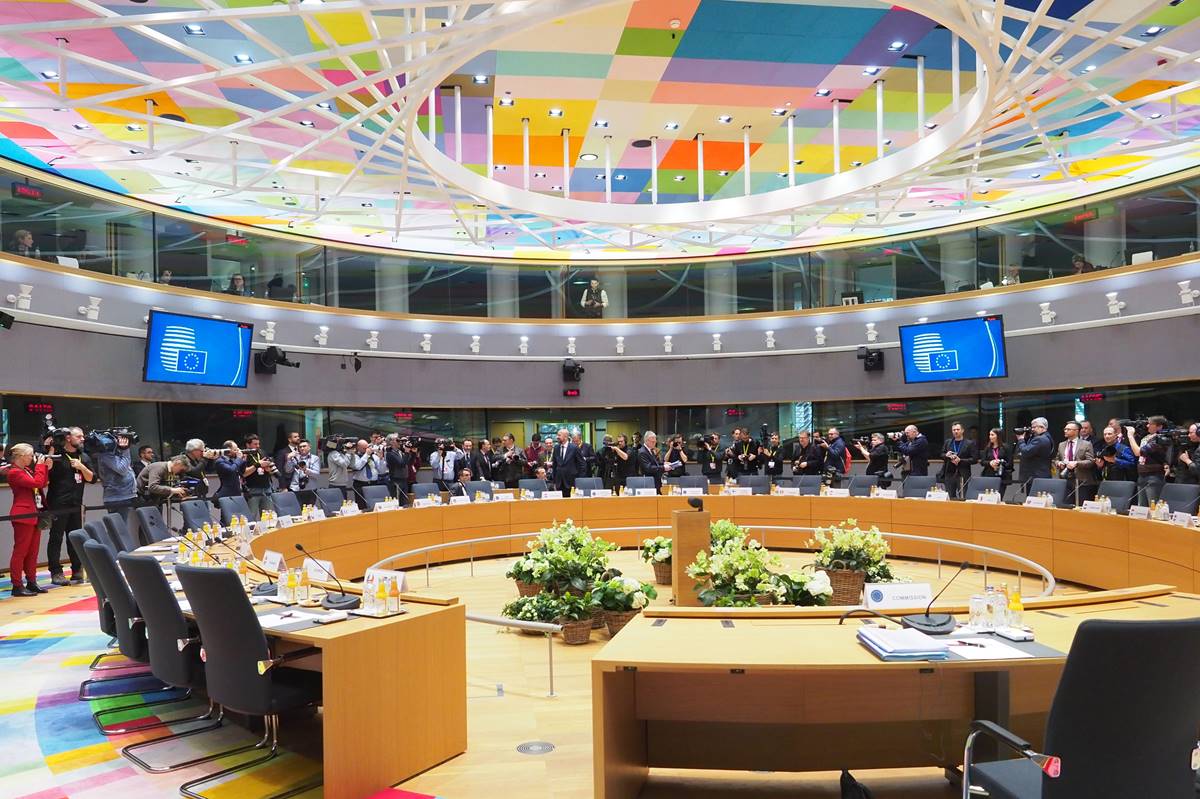 The last European Council’s negotiations on the next Multiannual Financial Framework (MFF) for 2021-2028 were a big disappointment. We are running out of time, a deal must be reached over the next months, but we are still far from this and some dramatic moments will come. Beyond small calculations on benefits, contributions and rebates, the level of the European ambition is the real issue!

The MFF has always involved long and complex negotiations with the multiple and contradictory expectations from all sort of European actors being distilled in a final endgame inside the European Council and between the Council and the European Parliament. After some sleepless nights, a deal used to be reached by collective exhaustion. However, the outcome was often clearly below the needs. We just need to recall the most recent rounds: 2000 was about preparing a forward-looking growth strategy and the introduction with the Euro; 2007 was about supporting the big enlargement with stronger cohesion and 2014 about overcoming the big and double-dip recession.

This time it’s about arming the European Union with the indispensable instruments to cope with a new world: not only own defence capabilities and strategic autonomy, but also the means to shape the digital revolution in line with its values and, most of all, to cope with climate change which requires a deep and large transformation of many economic sectors from energy, agriculture, manufacturing, to transports and housing. As all this will massively change jobs and skills, consumers habits and our entire way of life, a large-scale investment in products, services and people will be necessary if we want to prevent new huge social inequalities that would make this big transformation politically inviable.

Therefore, economic, social and territorial cohesion should remain a central concern, but it would be a political mistake to oppose these policies to the “new” ones focusing on climate, digital or research and development objectives. On the contrary, cohesion policies are indispensable to cope with these new challenges. Moreover, a paradigm shift should also occure about the rationale underpinning these policies. They should be not only about offsetting the asymmetries which are created by the operation of a common single market and monetary zone. They should also be about creating stronger social and political bonds between the European citizens and the European Union. That is why a larger Erasmus program open to less favoured citizens, a stronger Youth Guarantee and Child Guarantee and a Social Fund to implement the European Pillar of Social Rights can be so important. They will certainly be the most powerful antidotes against all kinds of national-populisms.

Cohesion policies are indispensable to cope with these new challenges, it would be a political mistake to oppose these policies to the “new” ones

A paradigm shift is also necessary when deciding about the revenue side. The traditional logic of “juste retour” is becoming a painful demonstration of myopia. The benefits of belonging to the European club cannot be measured just in terms of the direct financial benefits obtained from the EU budget compared to direct national contributions. The economic benefits are much larger if we take into account the differentiated access of Member States to the European single market in order to export or to invest or the differentiated favourable exchange rate stemming from a single currency. That is why rebates should be excluded. This technique, which was invented to prevent a Brexit “avant la ” during the time of Margaret Thatcher, and then extended to other net payer-Members States, should be erased from the European tool box.

Furthermore, if we want to prevent reductions in some fundamental policies, everybody knows that there is only one solution so far: providing more own resources to the European budget by introducing new sources of EU taxation. European taxation can be perceived by European citizens as fair taxation if it taps into issues such as pollution, digital extra-profits or financial speculation and if it is used to benefit citizens in their basic rights of education, training, access to jobs and protection against poverty or climate change.

There is only one solution so far: providing more own resources to the EU budget by introducing new sources of EU taxation

Hence the time has come to make a big political case for new own European resources to finance basic social rights for European citizens. It is particularly important that the European Parliament sticks to this position, as it has been the case in the past. The European Council is more hesitating and divided about this. A lot will depend now on the way to frame the debate and the negotiation. The limited frame in terms of direct financial benefits, contributions and rebates should clearly be refused. The frame which was tested in the last European Council using some “goodies” and “cookies” to sweeten the resistance of some Member States has shown its limits. The first step of the negotiation should not be about setting the total ceiling and fighting for centesimal percentages. It should rather be about setting the level of ambition the EU should ensure in its fundamental policies and then drawing the consequences for the way to finance them.