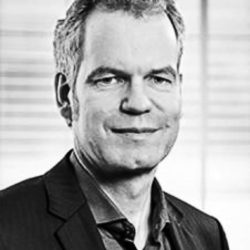 Until now, the Written Statement Directive has led rather a shadowy life. Things are changing now! The appeal of combining an approach setting EU wide minimum requirements for employment contracts as the EU revises the existing Written Statement Directive is obvious. Looking at the issues in the German context, Dr Frank Lorenz explains why he sees the Directive on transparent and predictable working conditions as a positive step forward.

First of all, with regard to the decline in typical and standard labour arrangements and the increase in crossborder labour relationships (also at a virtual, online level, known as ‘crowdworking’), the attempt to define an employment contract at an EU level is courageous, but it also makes sense. The Directive is a chance to extend the crucial aspect of transparency to more employment relationships than before although it obviously does not cover all forms of employment. There is a need to assign fundamental contractual rights such as transparency to those working in grey area arrangements. Bogus self-employment and the ‘gig economy’ will increase with increasing digitalisation of the EU’s economies. The Directive should be broadened to include the concept of economic dependence of one contracting party, i.e. covering workers who are economically dependent on one company and effectively bogus self-employees.

But even with the draft law as it stands, workers in precarious relationships will benefit from having more rights, e.g. duration and conditions of probation and procedure of termination. Considered by some as a high wage country, precarious working conditions are not a peripheral matter in Germany. A view on the low wage sector in Germany is meaningful. With 22.5% of employees in Germany on low wages in 2014, its figures are double those in comparable EU member states. The low wage sector accounts for 30.8 % of temporary contracts, 83.1 % of small-scale contracts (which do not entitle workers to social security) and 51.2 % of the contracts with temporary work agencies. Employment for temporary work agencies increased by 16.4% in 2016 compared to 2013. 54% of these short term jobs last no longer than three months, while pay equivalent to the regular workforce is guaranteed by statute only after nine months of employment. On average, temporary agency workers receive only 58% of the comparable wage.
Although Germany has had the minimum wage in place since 2015 (via the minimum wage law, the ‘Mindestlohngesetz’), between 1.8 and 2.6 million workers do not actually get paid the minimum wage because it is not enforced properly. In hotels and pubs, the minimum wage is evaded in 38% of employment contracts and in retail in 20% of employment contracts. The most vulnerable groups of workers are foreign, female and young employees and those in enterprises without collective agreements, temporarily employed persons, those with small-scale employment contracts and those who work for temporary work agencies.

Precarious work often is accompanied by an informal approach to contractual affairs. In general, a written employment contract is not required by law, but by collective agreements. But there is a dramatic decline in the numbers of collective agreements. About 50% of all employees are no longer protected by collective agreements concluded by trade unions (Institute for employment research, 2013).
Facing this decline, mandatory standards have to be guaranteed by law. Workers in small firms, those with short-term contracts and foreign workers suffer from a particularly low level of access to and knowledge of their rights. There should therefore be a legal obligation set out in the Directive that they receive the written statement from their employer in the worker’s mother tongue. For example, Polish workers sent to Germany by a Dutch employer currently receive employment contracts in Romanian, which they do not understand.
Knowing your rights is the prerequisite for being able to enforce your rights. To that extent, it is to be welcomed that the Directive states that employees must receive a written statement setting out information on the employment relationship (as per Article 3 of the Directive) from the first day of their employment. It will also be extremely helpful to enforce the content of the Directive, which envisages an unlimited full-time employment contract for workers as a sanction against employers who do not inform the workers properly. This also makes it easier for national enforcement agencies to recognise the contractual obligations of the employer. In order to prevent abuse, the exemptions for small and medium enterprises as well as for small-scale employment should be narrow.