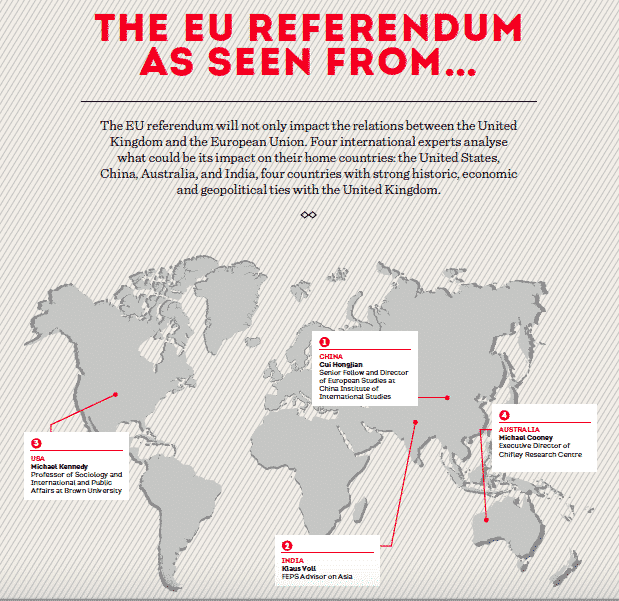 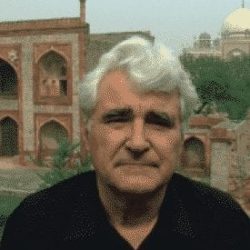 A potential Brexit will not really impact Britain’s relations with India. But it could lower its own prestige and weaken the EU, therefore reducing the potential for comprehensive EU-India strategic cooperation.

India has a special relationship with Britain. Its colonial rule led to deep undercurrents of influence in independent India. Contrary to its actual weight, Britain attracted special attention of India’s small foreign policy elite. “The United Kingdom has strong all-round ties with India due to the colonial heritage. It is an English speaking country. Its membership of the EU enables it to play a useful mediating role in India-EU relations. Its exit would mean that an important and influential country, with close relations with and understanding of India, would no longer be available in helping relations with the EU”, says Shyam Saran, a former Foreign Secretary.

Britain acted as a kind of informal “spokesperson” for other European countries and the European Union with India, particularly with regard to contentious issues. Now, various European countries compete in their efforts to expand their trade, investments and political relations with India, irrespective of problems like getting licenses, land and environmental clearances. For Shyam Saran, “in the recent few years, India is increasingly looking to Germany to be its key partner in the EU.”

India has its own difficulties in understanding the complexities of the EU. For Rajorshi Roy, Institute for Defence Studies and Ananlyses (IDSA), “Brexit is unlikely to have a meaningful impact on India’s ties with either Britain or the EU. As the PM Modi’s visit to Europe this year indicates – where he visited Germany and France but skipped Brussels – India has put a lot of emphasis on building bilateral ties with European countries.” India is not adequately grasping the pan-European character and policies of the EU. Some even insinuate, that the Indian government tried in certain cases to play one European country against another.

A sizeable community of Indians is living in Britain. There is also a fairly strong presence of Indian enterprises. Tata Motors acquired prestigious status symbols of the English car industry. India is the third largest source of Foreign direct investment (FDI) to the UK, according to Kunal Nathwani, ex-Gateway House, Mumbai. He argues that Brexit would affect UK’s position as a financial hub and India’s FDI into the UK, being a kind of “gateway to Europe” for Japanese, Chinese and Indian companies, and facilitating access to the common market.

A potential British exit from the EU is currently not publicly discussed in India. For Shashi Tharoor, a member of India’s Lok Sabha (Lower House) for the Congress Party, “no one in India has paid much attention to a Brexit. The focus was on Scotland’s future in the UK, and now the Labour leadership. They will wake up to Brexit next year in the lead-up to the EU-Referendum.”

Prem Shankar Jha, who does not anticipate Brexit, maintains that in case it would happen, “it does not affect us. But the relative importance of Britain might go down.”