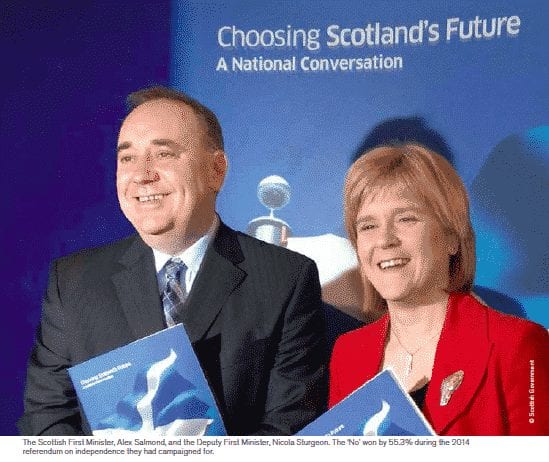 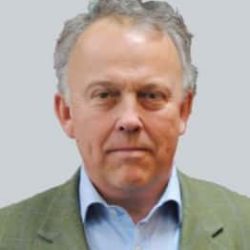 Since the 1980s, the EU has provided a vital external support system for proposals for Scottish independence. The European Union provides a crucial underpinning for the Northern Ireland peace settlement, providing for cross-border links and diffusing the vexed question of sovereignty. Wales poses less of a problem, as the constitutional issue is less acute. There would be a constitutional crisis should Scotland or Northern Ireland vote to stay in the EU while English votes forced them to leave.

Over the last year, polls have shown growing support for staying in Europe throughout the United Kingdom. Surveys over the years, however, have shown that people in the peripheral nations are, if not Europhiles, then slightly less Eurosceptic than their English neighbours. It is not that their nationalists are especially pro-European – supporters of all parties in Scotland are less Eurosceptic than their counterparts in England. Northern Ireland has similarly shown slight but consistently more pro-European attitudes than England since the peace process from the late 1990s. Catholics, who are mostly nationalists, have historically been more pro-European. We have fewer polls in Wales but its attitudes to Europe appear to lie between those in England and those in Scotland, perhaps closer to the former.

This suggests that, if the No side wins a narrow victory across the UK, Scotland and Wales could vote the other way. The latest Scottish poll was a Panel Base survey in July showing that half of voters in England and Wales would opt to come out of the EU while two thirds of Scots would vote to stay in. A survey in Northern Ireland commissioned in August by Danske Bank showed a similar majority to Scotland in favour of staying in.

Voters are swayed by the way that issues are framed by opinion leaders in particular contexts. Here Scotland and Northern Ireland are different. They lack the obsession with Europe that marks some sections of the political class in England. UKIP is a minor presence in Scotland and the other parties are broadly pro-European. In Northern Ireland, the moderate nationalist Social and Democratic Labour Party and the centrist Alliance party have been consistently pro-European. The Democratic Unionist Party (DUP) was at one time stridently anti-European as was Sinn Féin. Both have moderated their positions. Sinn Féin backs continued EU membership in Northern Ireland although it has consistently backed the No campaign in European referendums in the Republic of Ireland. The DUP favoured an EU referendum and is given to Eurosceptic rhetoric, but in practice stands up for European funding. The Ulster Unionist Party lies in the middle. In Wales, both Labour and the nationalist Plaid Cymru are pro-Europe, but there is a significant presence of the anti-European United Kingdom Independence Party (UKIP), which hardly features in Scotland.

Business, trades unions and civil society in Scotland and Northern Ireland are favourable to Europe and it is difficult to see where organized support for Brexit would come from, in contrast to the well-organized Euroscepticism in England. European funding is particularly important in Northern Ireland, although in Scotland it has diminished.

There are distinct territorial interests in the current renegotiation although it is difficult to assess these given the lack of clarity about what exactly the UK Government wants. As it stands, the demands seem to be shrinking to control over migration and, as that itself is not possible, to changes in welfare to deter it. Successive Labour-Liberal Democrat and SNP administrations have taken a more expansive view of immigration on the grounds that Scotland needs to replenish its population to face demographic challenges and provide skills for development. The present Scottish Government has also reaffirmed its support of a social dimension to Europe, in contrast to the UK Conservatives. Changes in welfare benefits may impinge on the competences of the Northern Ireland Assembly, which has already clashed with London on welfare reform and the new responsibilities being devolved to Scotland in the aftermath of the referendum.

Both Scottish First Minister Nicola Sturgeon and Northern Ireland Deputy Minister Martin McGuinness have demanded a separate binding vote in their own territories on EU exit but it is difficult to see this being accepted by Westminster, and it would deny the English their own right of self-determination. It is not possible to envisage the largest part of a state outside the EU while the smaller parts remain in. The situation with Denmark and Greenland is the reverse.

A Scottish vote to stay in while the UK as a whole voted to come out would certainly trigger a new independence referendum, which would have every chance of winning. Yet the SNP has shown hesitancy in its commitment. Its independence proposals suggested that Scotland would inherit much of the UK’s relationship with Europe, including the opt-outs. For obvious political reasons, it dropped suggestions of joining the Euro and opted for retaining the Pound Sterling, which would leave it in the UK monetary zone, detached from the central core of the Union. Northern Ireland’s position is more difficult since it does not have an independence option, merely the right to unite with the Republic of Ireland, an option strongly opposed by the majority unionist population.

Scotland and Northern Ireland are caught in a triple political turmoil: Europe’s crisis; the UK’s troubled relationship with Europe; and their own continued debate about its place within the UK. There are three scenarios for the EU. It could collapse under the weight of the Euro crisis and its failures over foreign policy and migration. It could respond to these by tighter integration and a federal union. It could divide between a core of countries committed to closer union and a semi-detached periphery. The United Kingdom could leave the EU altogether, join a federal union (highly unlikely), or negotiate a semi-detached relationship on the periphery.

Scotland’s choices follow from these. It could leave the EU along with the rest of the UK. It might leave the UK and stay in the EU, but it would need to decide whether it is to be a core or a peripheral EU member. Finally it could stay within both the UK and the EU and muddle through constitutionally as it gained more powers and the UK Government managed to contain Euroscepticism – but it could find reconciling the two increasingly difficult.

Northern Ireland’s situation is even more complex. Were it to be taken out of the EU as part of the UK, the EU’s external border would separate it from the Republic of Ireland, with big economic and political consequences. Yet changing its external relationships, balanced as they are between the United Kingdom, the Republic of Ireland and Europe, would destabilize the internal settlement, which remains precarious.

The EU renegotiation is to be conducted by the UK Government, with a predominant role for the Treasury, traditionally a centralizing force within the state. There are promises of consultation with the devolved authorities, as with civil society. The Scottish, Northern Irish and Welsh administrations, for their part, have called for something stronger, given their specific interests and the existing convention that their powers should not be changed without their agreement. Given the linkages between EU reform and the internal constitution of the United Kingdom, there is certainly a case for arguing that these negotiations should not be a Whitehall monopoly.