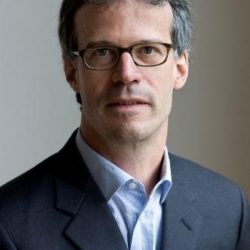 European policymakers had restrained expectations about their relations with the United States under Joe Biden’s presidency, but they have nevertheless been disappointed. The end of Donald Trump’s years in the White House, and the belief that Biden was a committed Atlanticist and multilateralist, led many Europeans to hope that the US would pull back from the disregard for allies and disdain for international institutions that Trump had displayed.

Of course, Europeans did not expect complete alignment. They recognised that the world had changed in the last decade, and that American priorities would reflect this, above all in the attention that the United States bestowed on Asia and the Pacific. Nevertheless, relations with the Biden administration have proved more complicated than most Europeans expected.

Some of this is down to questions of tone and communication. The two developments that have caused the most controversy, the US pull-out from Afghanistan and the AUKUS defence deal that the United States agreed with Australia and the UK, were problematic largely for such reasons. European policymakers were upset by the lack of consultation over the Afghan pull-out and the abruptness with which it unfolded. French officials were blindsided by the announcement of AUKUS and felt betrayed that they were not informed further in advance. The substance of the decisions fitted within what Europeans understood Biden’s priorities to be: a drawdown of US commitments to uphold fragile states in the wider Middle East-Central Asia region and greater security cooperation to balance against China in the Indo-Pacific. But the implementation of the policies showed a lack of attention to the interests of America’s European allies that seemed at odds with much of what Biden has said about their importance.

However, the divergence between Europe and the United States is a matter of substance as well as communications. At its core is a difference of perspectives about the potential for multilateral cooperation in a geopolitically competitive world. The United States, historically reluctant to submit itself to international institutions and regimes in which it does not have the upper hand, now sees competition with China as the organising principle of its foreign policy.

Biden has often said that he thinks the battle of ideas between democracy and authoritarianism is the defining question of the moment. His administration is more ready than Europeans to believe that the struggle against China requires bending the rules of international bodies like the World Trade Organization. The anti-China tariffs imposed by Trump remain in place and Biden has not moved to undo the US block on appointments to the WTO’s Appellate Body. Biden is also quick to frame the United States’ efforts to mobilise an international response to global challenges like the Covid-19 pandemic and climate change in nationalist and democratic terms, while many Europeans are concerned to avoid ‘Cold War-style’ escalation that could reduce still further the chances of global cooperation.

The Biden administration’s international goals cannot be understood in isolation from US domestic politics. European policymakers may have underestimated the degree to which Biden would be driven by domestic considerations in shaping his foreign policy. The confrontation with China plays well in the United States and is the strongest basis for winning public support for an internationalist approach. But when the goal of building an anti-China alliance conflicts with domestic priorities, it is the latter that prevails: Biden has done nothing to expand trade links with Indo-Pacific partners because trade deals are unpopular with voters whose support he wants to retain.

In its approach to vaccine development and export, Biden frustrated European partners who wanted more attention to global needs. Even now that the United States has enough vaccine doses to donate widely to countries that need them, it is still more focused on scaling up production at home than on building up capacity overseas. Biden’s policies are rooted in a perception that the polarised and evenly divided politics of the United States do not allow him to give the Trump-dominated Republican Party any opening to attack him.

It is notable that European-US cooperation has functioned best in areas where both sides agree that democratic values are central to any meaningful international initiative. This is true in the field of technology, and the Trade and Technology Council set up by the United States and EU is a significant step forward. In other ways, Biden has moved to draw a line under problems in the transatlantic relationship (or in relations with individual European countries) over Nordstream 2, aircraft subsidies and steel and aluminium tariffs. Moreover, cooperation between America and Europe was at the heart of the significant agreement on a minimum global tax.

It is important to remember that both European and US foreign policies are evolving. European policymakers have moved to a tougher position on China, while the Biden administration is likely to look for ways to manage coexistence with China once it has established an initial position of strength. Transatlantic interests remain aligned on many international issues, and Europeans will remain reliant on the United States as a security partner, even while they develop more capacity to operate independently. The future is likely to see Europe and the United States coordinating regularly but carving out more independent areas of focus. Moreover, European policymakers are only too aware that Biden’s political position remains precarious, that he is constrained in his ability to take domestic action in areas like climate change, and that they may be faced with a Republican administration again in three years’ time.

Why the European project needs defence, by Max Bergmann