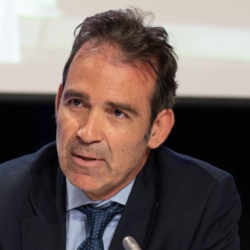 by George Pagoulatos
Director General of the Hellenic Foundation for European & Foreign Policy (ELIAMEP), Professor of European Politics & Economy at the Athens University of Economics, Visiting Professor at the College of Europe in Bruges.

As fundamental pillars of the global order are shifting, the European Union is forced to adjust to a world driven by great power competition. In doing so, it must not lose track of its own existential purpose. Europe is faced with seismic changes in its regional and global surroundings. Following Russia’s brutal invasion of Ukraine, Europe is confronted by the first major, fully-fledged war on its soil since WWII, involving two big countries, one of which is a military superpower.

The EU has rightfully risen to the challenge, activating far-reaching sanctions against Putin’s revisionist regime, closing ranks and providing arms and support to Ukraine. Hard power is back, and military deterrence and defence integration are on the European agenda. NATO has stormed back to relevance. Hardly a conference on Europe’s external policies goes by these days without the word ‘geopolitics’ in its title.

And it is not just Russia, perceived as a national security threat by the EU’s eastern and northern members. It is also the increasingly escalating competition and rivalry between the US and China. It is Europe’s Southern and Eastern neighbourhood, ruled by mostly repressive regimes exporting destabilisation that washes on Europe’s shores. It all justifies the mantra, regularly heard in Brussels, that in this increasingly Hobbesian world, Europe must learn to ‘speak the language of power’, become ‘a player rather than just a payer’.

So far as it is imperative for Europe to respond to changing circumstances, it should not do so by engaging in self-flagellating revisionism, nor by denying its own existential vocation and historical achievements. It should adjust without losing its soul. Europe should not surrender its role as a defender of a rules-based multilateral order, even as global institutions like the WTO have become non-operational, or irrelevant under big power unilateralism, as the UN. Neither should Europe denounce three decades of seeking to engage with (and containing) post-Soviet Russia; nor should it apologise for five decades of Ostpolitik, which ensured peace in our continent during the Cold War and facilitated the peaceful dissolution of the Soviet empire, spreading freedom and democracy to hundreds of millions of people previously living as subjects under the Soviet regime.

While upgrading its own deterrence and defence capabilities, Europe should maintain its historical mission as a peace project. EU institutions were not designed to project force but to project peace. ‘Unity through diversity’ is the method through which an integrating Europe would reach its existential objective of ‘never again’ (war).

As a peace project, the European Union is in the business of preventing rather than fighting wars, of leading the path of diplomatic engagement to the peaceful resolution of disputes. The basic truth it continues to serve is that economic interdependence and multilateral institutions raise the cost of war, rendering it a prohibitive option, they engender incentives for peace, even if that is far from guaranteed. That is how Europe’s own internal market created a Union of peace and prosperity, breaking with a centuries-old tradition of nationalistic wars.

Europe’s foremost mission today remains to uphold European democracy by safeguarding the democratic rule of law, extending security and prosperity to its citizens, providing equal rights to the minorities, social protection to the weak. Europe must remain a world leader in green transition, ambitious on digital transformation, and committed to engaging with the rest of the world, while upholding human rights, a rules-based multilateral order and the European way of life.

This is no time to abandon the ‘European way’. Not when the number of democracies in the world is receding; not when military brutality against Ukraine is awakening images from Europe’s darkest past; not when a new Cold War between the US and China is escalating; not when democracy in the US (but also inside Europe) is being challenged from within by the forces of nativism, illiberalism, demagoguery and obscurantism; not as long as Europe remains a world model of voluntary integration of democratic nation-states creating common supranational institutions, the shining house at the top of the hill.

And there is one additional reason why Europe must raise its own power and resilience without surrendering its identity. Almost all major crises Europe has recently faced started outside its borders. The global financial crisis originated from the US financial markets, then spread to a vulnerable Europe, squeezed under a heavily incomplete monetary union. Then the humanitarian crisis, triggered by the millions of people fleeing the wars and civil wars in the Middle East and North Africa, wars that Europe as a Union did not trigger, even if it was collectively incapable of preventing or successfully containing them. Then Brexit, probably the only crisis a united Europe managed with paradigmatic success. Then Trump, demonstrating that the future (and the limits) to transatlantic partnership hinge upon the travails of US democracy, and awakening Europe to the need for greater strategic autonomy. Then the Covid-19 pandemic, when Europe rose to the challenge, albeit delayed by a few months, activating a far-reaching response premised on common borrowing and a version of fiscal integration. Then Russia’s invasion of Ukraine, where Europe responded within days, activating its full support for the victim of the attack. And finally, the most global of crises, though far from entirely exogenous, ongoing climate change, has been unfolding in all its catastrophic potency.

What does this succession of crises, Europe’s polycrisis having matured into a permacrisis, demonstrate? First, that Europe has typically been the subject rather than shaper of external developments washing violently on its shores. Second, that in the face of such existential crises, the European Union requires ever greater unity and resilience. Third, that preventing or managing such crises calls for closer, global-level, intergovernmental cooperation, and a Europe powerful enough to uphold a rules-based multilateral order while defending its own interests and values.