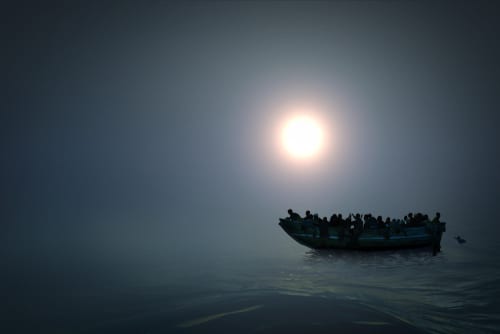 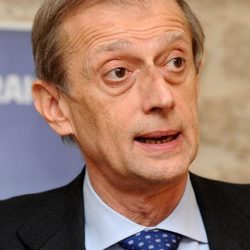 The Italian government has recently adopted a regularisation measure for 200,000 hitherto irregular migrants. The decision was taken for two reasons: on one side to prevent the Covid19 pandemic from spreading to a population living in precarious conditions, by allowing access to the healthcare system as well as the possibility for health and labour authorities to make sanitary controls and most exposed to the risk of infection; but on the potherb side it was also to recognise these workers’ dignity and rights, freeing them from the exploitation of the black market of low-skilled labour. Recently, the Portuguese government has taken similar steps.

Predictably, the political right and populists have vociferated to what they called a scandal, denouncing an ‘invasion of foreigners’ and further fuelling an atmosphere of fear and alarm. The hypocrisy of this behaviour is evident. Those who will be regularised did not land in Italy only a few months ago. They are migrants from Ukraine and the Balkans, from the Maghreb, Sahel and equatorial Africa, from Peru and other Latin American countries, who have been in Italy for years, mainly employed in agriculture, in house-keeping and care industry and construction. The political right perfectly knows this, just as they know that those irregular workers perform jobs that not many Italian citizens are willing to carry out.

“Europe, in the eyes of migrants, is a single large territory where they hoped to find the dignity and the certainties that they couldn’t find where they were born.”

Even if pushed by the health emergency, the regularisation of those migrants has been a choice of civilization, which should urge the whole European Union to finally adopt a European immigration strategy. Immigration simply cannot be managed on a country-by-country basis.

Those who, in recent years, have irregularly landed on the coasts of Italy, Spain and Greece were in reality looking for Europe, which, in their eyes, is a single large territory where they hoped to find the dignity and the certainties that they couldn’t find where they were born. Not accepting this evident reality and believing that Europe must raise walls, close ports, and erect barbed wires is an expression of blindness. On the other hand, in recent years, all European countries have absorbed and integrated hundreds of thousands of refugees and migrants without this having caused any risk. In 2019 alone, 300,000 refugees obtained asylum permits in the 27 EU countries – including 116,000 in Germany, 42,000 in France, 38,000 in Spain and 31,000 in Italy.

“Figures clearly show that Europe needs an additional demographic contribution, which can only come from immigration”

The demographic dynamics seems to indicate that by the of the century Africa could go from the current population of 1 billion to maybe 4 billion. In the same period, the European population is likely to decrease substantially. Without immigration, and to maintain the current level of growth and prosperity, Europe would need to resort to extreme measure like setting the retirement age at 80 for all European citizens by the end of the century. This is obviously impossible and, even if it were, the competitive gap of such an elderly workforce would seriously penalise Europe compared to much younger continents. In any case, those figures clearly show that Europe needs an additional demographic contribution, which can only come from immigration.

In short, it is urgent for the European Union to adopt strategies and tools to manage migration flows in an orderly, legal, and crystal-clear way. Refugees need a single European asylum system, humanitarian corridors, and redistribution programs in all 27 EU countries. And for economic migrants, within the framework of a Europe-wide strategy, bilateral agreements between European countries and countries of origin are needed for responsibly managed migration flows. The rules for granting citizenship, for training and integration should be harmonised. And since most of the refugees and migrants come from Africa, a Euro-African Migration Compact, as part of the Global Migration Compact, signed by both the European Union and the African Union, would be a valuable tool for shared governance of migratory flows.

“It’s not by fuelling fear and hostility that citizens are reassured.”

These are rational common-sense objectives which nevertheless encounter resistance and hostility in many governments, concerned about the reactions of their public opinion. Of course, we know that those concerns exist. But it’s not by fuelling fear and hostility that citizens are reassured. Those who have government responsibilities must free the topic of migration of the fears that are attached to it. And it can and must be done with reception and integration policies that demonstrate the contribution of migrants to the social and economic life of a country, and that also highlight the manifold opportunities that a multicultural society offers.

Guaranteeing dignity and rights to every woman and man is the most effective way to make a society safe. And it is all the more true today, in the face of Covid19, an epidemic that spreads rapidly in every territory, in every nation, on every continent and can be fought off only if all inhabitants, including refugees and migrants, can benefit from the public health care – for prevention as well as for cure.