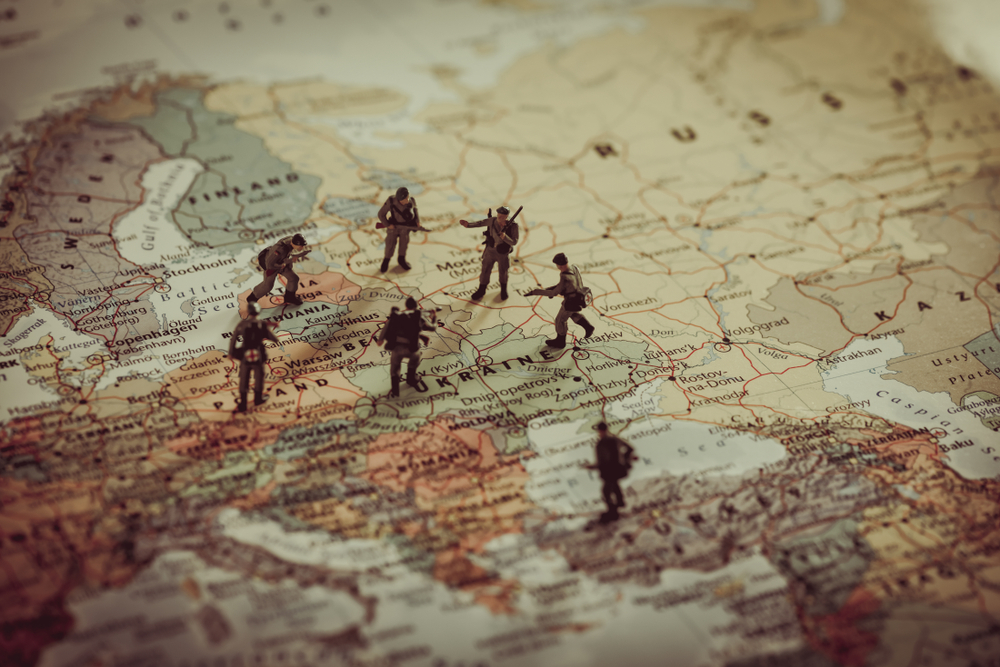 For many years, the EU has been vocal about its ambition to become a powerful global actor. Finding a proper arrangement of relations with its biggest neighbour, Russia, has been the principal test of the viability of this aspiration. However, the recurrent crises Russia has triggered – especially the recent recognition of the breakaway republics of Donetsk and Luhansk and the de facto occupation of Ukrainian territory by Russian forces – strongly points to the EU’s strategic weakness. It also highlights that the EU is a global actor in the making, or, at best, in transition.

We are facing a severe security situation in Eastern Europe right now. The Russian recognition of the two self-proclaimed republics violates international law. It has ended the negotiated de-escalation of tensions in the region that has lasted for eight years. But this situation is not falling out of the blue. The current crisis is a culmination of long-term trends that have resulted in the gradual deterioration of relations between Russia and the European Union, or the West in general. It adds arguments to the fact that the existing strategy of the Union towards Russia no longer works.

Since March 2016, the approach to Russia has been based on five guiding principles (full implementation of Minsk agreements, closer ties with partners in post-Soviet space, strengthening resilience against Russian threats, support to people-to-people contacts and engagement with Russia in selected areas of common interest). In practice, it resulted in a policy of modest economic retaliation to Russia’s aggressive activities at home and in its neighbourhood, periodic efforts to engage Russia and hesitant attempts to accommodate Russian geopolitical and strategic ambitions. Effectively, the weaknesses of this strategy made the EU irresolute and disunited when facing Russia’s increasing assertiveness towards our partners and the bloc itself.

The current situation also adds to the arguments that the European Union need to reconsider its long-term strategic posture vis-à-vis Russia and other partners. It has been traditionally based on the Union’s self-perception as a normative power that can effectively attract others to imitate our European model by introducing democracy, the rule of law and social market economy, protecting human rights, and promoting the social well-being of citizens. When we look at the situation in Russia today, it is clear that this approach no longer works. Russia explicitly refuses to reproduce the European model of political and economic governance. Instead, it puts in place an autocratic regime and engages in cooking up an alternative narrative to liberal democracy, effectively challenging the key values of the European Union.

It is also necessary to stress that Russia is increasingly openly challenging the overall political and security architecture of post-Cold War Europe. The very revisionist nature of the Russian foreign and security policy represents a direct threat to the European Union and its member states. In addition, Russia intends to disrupt the EU’s influence in its neighbourhood and other regions. In the Balkans, among its eastern neighbourhood, in the Middle-East and most recently in the Sahel, Russia represent a disruptive force that increases volatility in some cases and cements the position of autocracies, dictatorships or military regimes in regions vital for the European Union.

In addition to the strategic vulnerabilities of the European Union vis-à-vis Russia, it has very little effective leverages in its hands. Russia has nothing, or very little, to lose when taking a confrontational course towards the EU. And it is aware of that. It allowed Sergei Lavrov to say that ‘Russia-EU relations are dead’ last March. It also allowed Russia to assist Lukashenko’s regime in Belarus to survive. Lastly, it allowed Vladimir Putin to escalate the situation in Eastern Europe over the past weeks, knowing that his demands for rewriting the security landscape in Europe and turning back to 1997 are unacceptable.

Therefore, it is somewhat surprising that there have been recurrent attempts to engage Russia in a pragmatic political dialogue without a clear vision of what should be our goals in this dialogue. Neither is there a clear idea of how the very difficult security and strategic context, especially in Eastern Europe, should be reflected in any dialogue with Russia. Currently, the lack of strategic coherence of the European Union and the fact that the member states’ perception of risk does not converge sufficiently is a major source of our vulnerability in relations with Russia.

Any pragmatic dialogue with Russia requires the European Union to know what it wants. Until we are not fully united, we should rather endorse an approach based on strategic patience. In the meantime, we need to strengthen the unity of the EU, the resilience of our society and the societies of our partners in the European neighbourhood and reduce our vulnerabilities vis-à-vis Russia. For example, we should move towards joint procurement of natural gas by the EU on behalf of all member states. It will limit the ability of Russia to divide us by using differentiated approach to individual member states.

To conclude, EU needs a new comprehensive strategy on Russia. One that will start by gradually strengthening our unity and eliminating our weaknesses, such as asymmetrical dependence on energy supplies from Russia. This strategy will need to substantially improve our independent expertise of Russia and possible future scenarios the country will be facing under changing geopolitical, economical but also environmental conditions. One that will be able to differentiate between the Russian regime and ordinary Russian citizen and their needs and concerns. In the early 2000s, Robert Kagan wrote that Europeans were “entering in a post-historical paradise of peace and relative prosperity” and that they were “from Venus”. Drawing from Roman mythology too, I would instead argue that if we are to develop a new strategy towards Russia, introduce a concept of strategic patience respected by all member states and acknowledge the threats Russia represents to our society, the EU would become like Janus – the Roman god of beginnings and endings, but more importantly also the god of gates and transitions. The EU needs to start its shift towards a respected and powerful global player. I believe that the European Janus Union could face Russian brinkmanship better than today’s European Union of patient diplomacy, rules and regulations.

A partnership based on diplomacy, not sanctions, by Gyula Hegyi