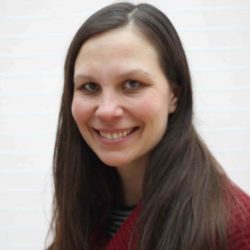 Organic agriculture in Europe is an economic success story. Organic farming offers a real response to the catastrophic decline in wildlife resulting from intensive industrial farming practices. However, challenges remain, and innovation is needed. The European organic movement with the support of the EU needs to rise to the challenge and make certified organic agriculture the agroecological farming system of the future.

Organic food is grown or produced without the routine use of pesticides, manufactured fertilisers or antibiotics, with high animal welfare standards, and is GM free. Organic agriculture in Europe is an economic success story, with the area of organic certified land growing 25% between 2012 and 2017, and the sale of organic produce reaching 33.5 billion euros. A comprehensive, recently updated EU regulatory regime for all farmers, processors and producers who wish to sell ‘organic’ and benefit from the premium this attracts, offers a guarantee to European consumers that their food is produced to a clearly defined set of standards.

The environmental and biodiversity benefits of organic agriculture have long been reported in scientific literature. Organic farming offers a real response to the continuing catastrophic decline in wildlife in the European countryside resulting from intensive industrial farming practices, particularly the use of pesticides. These chemicals are now also linked to negative effects on human health.

Glyphosate is the most heavily applied herbicide in the world, yet in 2015 the World Health Organization ruled that it is ‘probably carcinogenic to humans’. In a landmark case in the US in 2018, a jury ruled that Monsanto’s top brand glyphosate weed killer ‘Round-Up’ caused the cancer suffered by groundkeeper Dewayne Johnson. These decisions have started to shift political opinion. The use of glyphosate herbicide has been renewed for another five years in the EU, but many think that a ban is inevitable. In France, President Macron has taken unilateral action to phase out glyphosate in the next few years.


Organic agriculture in Europe is an economic success story, with the area of organic certified land growing 25% between 2012 and 2017, and the sale of organic produce reaching 33.5 billion euros.

Increasing public awareness of the health and environmental risks associated with the use of pesticides in non-organic agriculture should be an opportunity for organic farm- ing in Europe. However, three key challenges remain: the organic price premium, supermarket food systems, and climate change.

Organic food has long had the reputation of a choice for wealthy consumers. Data from the US suggests the premium on organic food compared to non-organic can range from 7% for spinach to 82% for eggs. This reflects higher production costs but in an era of growing social discontent in Europe about the cost of living, like the ‘Gillets Jaunes’ movement in France, the European organic farming movement needs to address the social and economic aspects of the wider food system. At their core, nutritionally poor diets and obesity are caused by poverty. But ‘cheap’ food with lower safety and environmental standards is not an acceptable answer. New ways need to be found to increase access to fresh fruit, vegetables and unprocessed food for Europe’s poorest communities.

Food waste in the EU is estimated to have been worth 143 billion euros in 2015. Supermarkets reject large quantities of fruit and vegetables that do not meet ‘perfect’ standards, while ‘buy-one-get-one-free’ offers contribute substantially to food waste post-purchase. Supermarkets say that plastic packaging is essential to maintain freshness and reduce food waste, but plastic pollution has become the subject of increasing public concern in recent years. Supermarket organic food comes plastic wrapped, just the same as other non-organic produce.

Other economic models for supplying organic produce are evolving. Community-supported agriculture schemes (CSAs) involve local peo- ple providing long-term economic support to a local farm through subscriptions, commit- ting to buy a share of the harvest, or assisting with farm work. CSAs reduce the need for packaging as produce is transported over much shorter distances. The popularity of CSAs is increasing, but CSA members are typically women, white, highly educated, and affluent. More needs to be done to ensure that the positive impact on diets that CSAs can have is felt by low income households.

Industrial food and farming systems make a very large contribution to climate change. Currently about 17% of EU household green- house gas footprints are associated with food consumption. How should the organic movement respond? It is clear that organic farming systems can provide a way for farmers to increase organic matter in soils and play an important role in sequestering soil carbon. Livestock fed on certified organic feed avoids emissions from land use change because forests are not permitted to be cut down or pasture ploughed-up to produce organic feed. But livestock products are resource intensive and cause pollution.

Diets need to change, and not just for the significant health benefits it would bring. A recent study published in The Lancet found that meat consumption would have to fall

by 77% in Europe to avoid runaway climate change and other environmental problems. Organic farming systems in Northern Europe have traditionally relied on grass-fed grazing animals as an integral part of a mixed system, to provide nutrients in the form of manure. But the organic movement is starting to recognise that innovation is needed. Agroecology has been taken up by many advocating new approaches such as agroforestry, vegan farming and forest gardening. The European organic movement, with the support of the European Union, needs to rise to the challenge and make certified organic agriculture the agroecological farming system of the future.