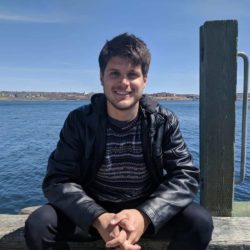 There are fears that the illiberal right-wing might take over in the 2019 European Election. Tobias Gerhard Schminke, founder of @EuropeElects, indeed sees big wins for the hard far-right and big losses for the centre-left – but according to current polls, the European Parliament won’t fall into the hands of illiberal forces.

Progressive Post: There’s still a year to go to the elections to the European Parliament 2019, but there seems to be a huge increase of right-wing populists and nationalists all over the continent. Is this trend corroborated by the polls all over Europe?

Tobias Gerhard Schminke: First, I want to caution against the language we are using when talking about the rise of right-wing, illiberal parties. Sometimes there is this idea that the right-wing is only a moment away from taking over the whole continent. But let’s check the facts instead: on the one hand, Hungary, Poland, Austria and Italy have illiberal, right-wing parties in government. Democracy and human rights are severely in crisis here.
In countries like France, the Czech Republic, Germany, Slovakia, Finland, Denmark, Bulgaria, the Netherlands and Britain, the right-wing opposition heavily shapes the policies set in place by government parties, which are them- selves not illiberal in nature but fear losing voters to the right-wing if they do not follow their policies.

But there are also countries which have so far remained almost unaffected by right-wing political influence. There are no strong right-wing parties in Ireland, Spain, Portugal, or Malta. Retreating to total numbers might give us a clearer picture: Europe Elects aggregated the numbers for the right-wing parties since the last election 2014. Those parties, who cooperate with Marine Le Pen – the ENF Group in the European Parliament – rose from five percent in June 2014 to around eight percent today. Also, the share of the populist EFDD group has risen from six to eight percent. And the eurosceptic conservatives in the ECR group have risen from nine to ten percent.

If we add up those numbers and ignore tiny right-wing extremist and communist parties, we see that the share of right-wing voters in Europe since 2014 up until today has risen from approximately 20 percent to approximately 26 percent. In turn this means that around 70 percent of Europeans are still supporting liberal and progressive parties. Let’s keep a cool head; Europe does not have a right wing and illiberal majority.

PP: When it comes down to numbers of seats in the European Parliament, in which countries is the illiberal right-wing camp expected to make its biggest wins?

TGS: Currently, Europe Elects projects that Marine Le Pen’s ENF group will mostly gain seats in Italy. The populist EFDD will prob- ably no longer exist after the European election in 2019, because it will not meet the requirements to form a group in the European Parliament. But parties close to this ideology could gain seats in Germany, Italy and France, and to a lesser extent the Netherlands, Sweden, and Estonia. The eurosceptic conservative ECR will gain seats mainly in the Visegrad states.

PP: Do you expect the remnants of EFDD – mainly the large group of the Italian 5 Star Movement – to join le Pen’s ENF group and to form an even bigger and more influential common group? Perhaps even with the potential to take over S&D’s position as the second biggest group?

TGS: It is very uncertain what will happen to the right-wing groups in the European Parliament. AfD is likely to join ENF. The political scientist Manuel Muller, who is an expert on the European Parliament, currently assumes that ECR is the most likely to join forces with M5S. This would turn ECR into an even more ideologically diverse group. But M5S has shown in the past that they do not mind joining a group which might not share their own ideology.

In our projection, the right-wing groups ECR, EFDD and ENF already have six more seats than S&D. But it is highly unlikely that the right will unite into one group. Also, within the European right we have high diversity: social conservatism versus neoliberalism; pro-European and strict anti-Europeans, friends of Putin and his fiercest opponents. Therefore, it is unlikely that the right-wing will manage to unite. If the Macron group becomes a reality and  manages to attract many of the current S&D members, then a united right-wing group might have a chance to become second. But this is highly unlikely right now. Predicting the final composition of the Parliament has maybe never been so difficult.

PP: The centre-left appears to be in dire straits, to say the least.

TGS: The Social Democrats – the S&D group in the European Parliament – dropped from 25 percent of voters’ support to currently only 19. The S&D lose almost everywhere on the continent; exceptions are Malta and two very left-wing S&D members: Portugal and the United Kingdom. We need to keep in mind though that the UK will be leaving the EU before the election, and the S&D will lose a strong and well performing member in the election. Therefore, 2019 might be a historically bad election for S&D. And many voters shift from S&D to right-wing parties. The story that the right-wing is mainly getting voters from the centre-right is a fairy-tale. Most voters are coming from the S&D parties.

PP: In which Member States is the S&D group set to lose out most?

TGS: S&D has to face its main losses in Italy, Germany, and France – of course, these countries have the largest population in the EU. It should be mentioned though that voting behaviour between national polls, which are mostly the basis for the Europe Elects projection and voting behaviour in EU elections, might differ.

TGS: Our projection model currently projects 179 seats for the EPP group in the European Parliament and 141 seats for the S&D group. This model already excludes the United Kingdom. Brexit will leave the parliament with 705 seats. This leaves S&D and EPP with 45.4 percent of the seats. The ‘Grand Coalition” will rely on the votes of other groups, for example ALDE, ECR or G/EFA.