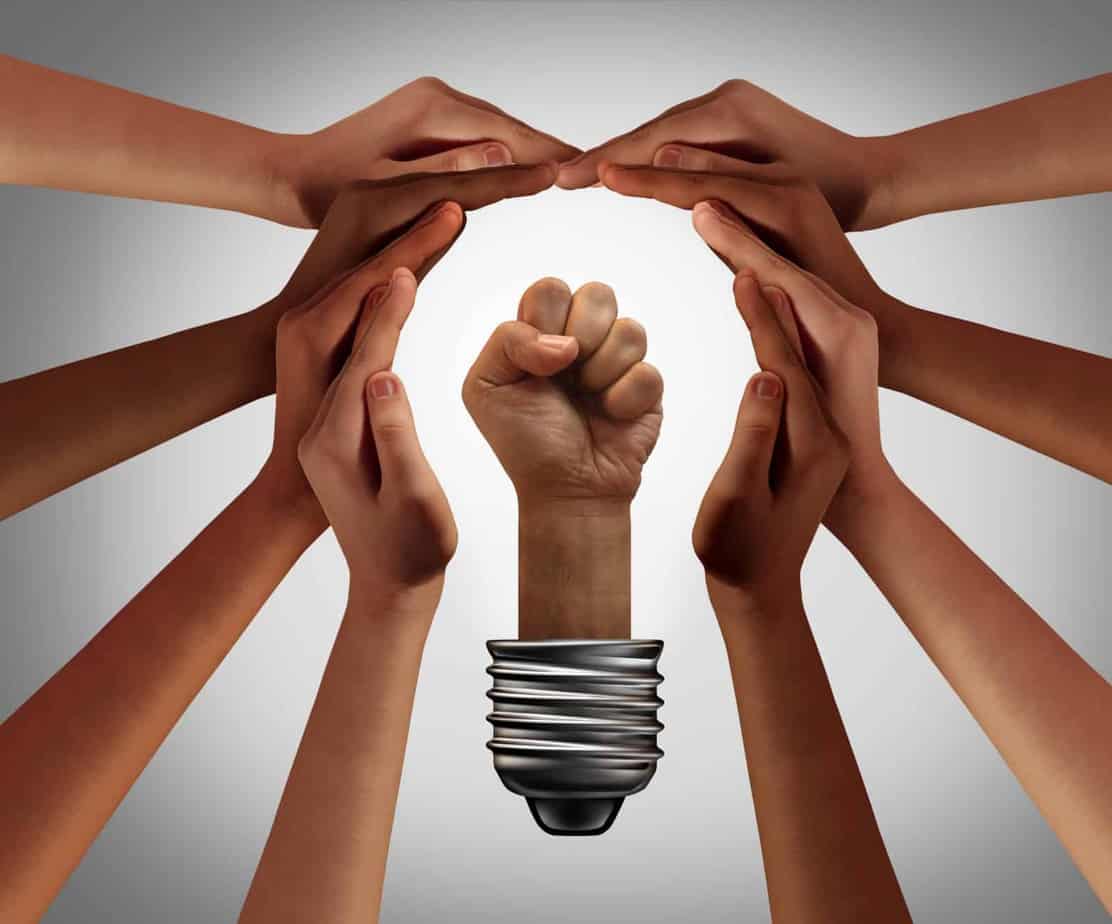 It is very clear that the results of the elections over the last five years are saying to the Progressives that they cannot simply continue thinking in traditional ways, proposing the usual and conventional solutions and hoping that the pendulum would shift very soon, elevating them into a more powerful, governing position again.

First and most importantly:

Citizens are no longer making the choice between the Left and Right but rather between the democratic system and the anti-democratic system. What used to be a political centre shrank, and what used to be fringes now squeezes traditional parties into the narrow, contested ‘mainstream’ middle. Against this backdrop, the Progressives seem to fade away in this battle. They are neither an alternative to conservatives or populists.

To understand the meta-trend, it is instructive to look at the specific cases. This is why it is necessary to come back to what happened in Germany in September 2018. Indeed, the police shows itself as incredibly weak in failing to get the fascists and neo-Nazis under control. They seem to no longer be the force capable of defending democracy, of maintaining order on the streets and of stopping the unacceptable: people manifesting with the Heil Hitler greeting. But in all that, it is very clear that one thing is coming up again. Citizens feel excluded, no longer  considering the democratic institutions as representative and hence they are building up psychological walls. The situation in Germany is not only singular in terms of right wing extremists and populists gaining support with their nationalistic and fascists slogans. This is also true in other different countries in Europe, as in Hungary, in Italy, in Poland and elsewhere.

Therefore our parties and democracies need to think about a narrative which encompasses not only economy but, first and foremost, the overall societal questions. Meaning political culture!

Hence it is no longer Bill Clinton’s appealing slogan  of the nineties that is catching the voters’ attention. Economic issues are absolutely still in the centre of citizens’ concerns. But more than 75% of the German population thinks that their economic and social situation is at the  best level since unification! The neighbouring Czech Republic has a populist Andrej Babis of ANO as its Prime Minister, despite the country’s unprecedented level of economic prosperity and almost non-existent unemployment. Poland turned to Jaroslaw Kaczynski and its Law and Justice despite being the proud example of a state that not only survived, but even flourished during the crisis of 2008. In other words, the economy alone no longer explains nor directly dictates people’s choices. Therefore political discourse and societal debate must encompass a new forward-looking narrative that builds a renewed trust, because the citizens’ faith in the traditional state has reached new lows.

In order to restore hope in the hearts and minds of the people, politics has to provide the means to improve capabilities in addressing first and foremost the societal, civic and cultural requests. The German President Frank-Walter Steinmeier is absolutely right when he stipulates that not all who are turning their back are immediately enemies of democracy. But they are missing out on democracy. Therefore our parties and democracies need to think about a narrative which encompasses not only economy but, first and foremost, the overall societal questions. Meaning political culture!

After the 90s, the crisis of 2007/2008 and the absolute high-speed globalisation process leaves citizens with an idea that politics and politicians have prioritised neither people nor the planet. People no longer  know if the income they can expect and the conditions they are offering give them the capacity and the possibility to be part of their respective societies and also be well integrated within their societies. To that end, the core idea of the social contract is being questioned.

Other political movements, particularly the populists, are very successful in exploiting this growing political and social discontent, pain and frustration, disenchantment and anger. They organise themselves generally around nationalism, racism, xenophobia and we all agree that this is clearly the opposite of our Progressive ethics, principles and the overall promise of solidarity.

Second, and  related to the first observation:

Civic engagement and participation is undergoing a real change in our societies. The traditional way and hence the way in which political  parties are organised is no longer responding to the new challenges of activism, participation and need for a different kind of relationship when it comes to representation. It is evident, when one reads the studies such as FEPS Millennial Dialogue.

Following the ideas of the 1990s, Progressive parties transformed into professionally-managed campaigning clubs. In that sense, they are still organised around the next election challenge and when the elections are over how the polls are showing the relevance of political action.

Often the Progressive parties shy away from challenging popular opinion, as they are also  not taking the local level into consideration, and what is at the core of the daily life of people so it should be first and foremost. What counts at the end of the day is the “coming home” after a working day, sitting together with family, friends and partners around the table and in a secure and prosperous environment.

When the European Community was being created the narrative was “No more war on European soil!” This has  been achieved so far, even though it is not assured forever. But today’s duty of the European Union is to assure European citizens in their respected neighbourhoods of prosperous daily lives and a secure daily environment.

This reasoning leads to the concept of the nation state, which should be revised in an open-minded way forward and as an answer that nationalism and the binding of citizens in national communities is no longer the future ahead. This is contrary to the old Marxist approach that workers have no country. We should have in mind the clear thinking that in our 21st century societies internationalism and globalisation demand a substantial reorientation of our international system. This goes even beyond Dani Rodrick’s approach that states are forced to choose between global integration in economic and trade terms, national sovereignty and national democracy. One should explore that modern citizens are living in a globalised world where their physical living area is their neighbourhood and their economic and social resilient area is embedded in a system of global networks and multilateral institutions. The challenge lies in the regulation of all that and in the respect of our human dignity and our human values.

The “others” are organised around their anti-system arguments, which are not necessarily even true  – as we see this obviously and most outspokenly in the daily Twitter parade of President Trump. They are based on revisionist approaches of the nation state and the traditional systems of trade and economic relations.

Third,  and at the core of the European project:

What the Progressives missed in particular in the aftermath of the financial crisis of 2007/2008 was the promise of carrying forward the European project and the European cornerstones of a functioning continental welfare system based on democratic and pluralistic structure. To the contrary, all the debates on Social Europe had been frozen for almost a decade with a repeated excuse of austerity and the mantra that we cannot afford it. This has been most harmful, since Europe is not only an example of a multilateral order to foster cooperation between states.

On that note, Europe has to become the answer to a forward-looking new concept of sovereignty,  defined in another way as the sovereignty of a national state.

A critical assessment of more than 60 years history is needed. The powers and prerogatives should be rebalanced, the extent of the areas where decisions are taken with Qualified Majority Voting expanded. Certainly there are also other shortcomings; certainly there is the democratic deficit.

But these shortcomings are almost inherent and part of the conservative (old fashioned) concept of Europe. A Progressive concept of the European project should develop a vision, which matches the views of a shared sovereignty and puts in the centre the concept that a state alone can no longer deal with the complex issues of the globalised world alone. Interdependencies grew to be vast, crosscutting, and we see their incredible extent in the context of Brexit-negotiations.

Linking the two issues – the role of the state and the future of Europe – is not an easy process. But the existing gap between the Europe Union and the different national political systems is responsible for the growing rejection of Europe. It is too much compromise-focused and intergovernmental.  A new attempt to start right after the elections next year could be a new method to convene European citizens for a new European constitution. It could be thought and brought forward by the Left and in the spirit of a new form of belonging or federalism as I see it.

The overall mistake of the Progressives is often only to consider what has not worked in the past cannot work in the future. The approach should be that what has not worked in the past needs to be seen in the context to make it work in the future. To that end learning the lesson from 2005 is about understanding the context and shaping the trajectory of the political process in different, citizen’-focused ways.

The French President Macron is now trying  to do this with the citizen conventions he invented and proposed to the European leaders. But this is too obvious: It is only for an electoral purpose and it offers nothing concrete except yet another agora. The first experiences of these conventions are also showing this very clearly. It can no longer be about talking about Europe, it has to be about taking Europe forward.

As a conclusion Progressives should: