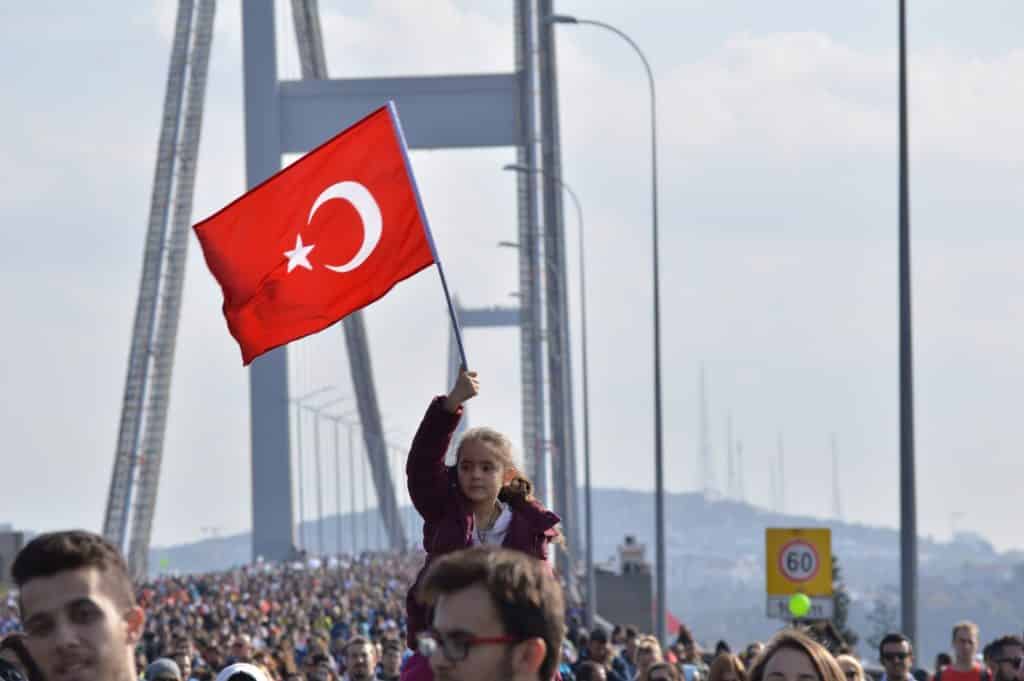 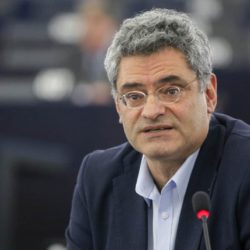 by Miltiadis Kyrkos
Member of the European Parliament

European politicians need the Turkish bogeyman to dispel their own nightmares. In recent years, we have been watching them condemn Tayyip Erdoğan’s autocracy and clash with him or his ministers, seeking for easy headlines. And sadly they have had a lot of opportunities: Turkey is ruled by presidential decrees, plenty of journalists have been put in jail, tens of thousands of civil servants have lost their jobs and are either behind bars or under scrutiny, and so on.

Major parties in Germany, the Netherlands, Great Britain and Austria use their citizens’ aversion towards Turkey as an internal asset, totally ignoring, however, the help they generously offer to Erdoğan’s regime vis-à-vis his own voters.

This seems to be a win-win game for politicians from both sides. For example, we saw the Austrian government’s decision to shut down seven mosques, which were supported by Turkey, just a week before Turkey’s elections – thus giving Tayyip Erdoğan the title of the Defender of Islam. The irony is that we are referring to the same city that Suleiman the Magnificent tried to conquer for the Ottomans five centuries ago!
On this basis, the EU has effectively frozen Turkey’s accession process and, with the latest Council announcement, also froze the modernization of the customs union. The door is shutting increasingly fast.
But in reality, the EU needs Turkey. Unable to resolve the refugee issue through strict border security and relocation, the EU is urgently seeking other partners outside its territory for the outsourcing that has successfully begun with Turkey. Under this cooperation, Turkey has so far kept its promises even though the EU has backed off from its own. And while the issue of visa liberalization is caught up in a stand-still because of the term “terrorist” that Turkey uses for anyone she wants to pin down for whatever reason, the accession chapters are simply forgotten in a drawer. The EU also needs Turkey as an economic area of trade and investment, even as a source of workforce – if ever our political elites decide to acknowledge where the low birth rate that plagues the EU leads. Finally, the Turkish version of Islam is a particularly moderate one, and the diversity of the Turkish society currently precludes the dominance of a theocratic model.
Against this backdrop, the Union stands awkwardly without being able to influence developments.
The day after the elections in Turkey can be encapsulated in one question: now that Erdoğan clearly gained what he needed, in terms of powers and personal security, where will he turn to?

Athens needs a good financial relationship with Turkey, benefits from its tourism, offers real estate property at an excellent value to Turkish nationals

The EU continues its ‘business as usual’ policy, without significant interventions, cancelling the control and pressure offered by its accession tools and the crucial leverage provided by the customs union that Turkey desperately needs.
But to be fair, the EU holds the same stance in the face of its own problems: the eurozone budget, the refugee crisis, the incomplete banking union, the retreat of the rule of law, tax havens, an obsolete Common Agricultural Policy, amongst many. It is clear that the EU is sinking into a ‘swamp’ of indecision and the 2019 European elections will only exacerbate these problems.
As a neighbouring country to Turkey, Greece has a clearer policy vis-à-vis the country. Athens needs a good financial relationship with Turkey, benefits from its tourism, offers real estate property at an excellent value to Turkish nationals who seek investment or a safe haven, and has accepted that airspace violations are an element of everyday life. We also benefit a lot from the refugee deal, as flows have decreased by 97%.
Perhaps surprisingly, Greece supports Turkey’s accession process and fears the nationalism of the Turkish opposition more than Erdoğan’s. Although Erdoğan’s recent visit to Greece was unsuccessful, mostly because the Greek President rushed to put the Treaty of Lausanne on the agenda without consulting the political leadership, relations with Greece are not at the heart of Turkish politics and Greece should use this opportunity in a positive way.
The situation in Cyprus is an entirely different matter. The status quo is deadlocked, despite the fact that I believe that there will be no exploitation of the natural gas fields without a prior solution to the Cyprus issue. A window of opportunity is therefore being wasted, given that the ‘explosion’ of renewables may make the extraction unworthy in a few years’ time. And while we considered the UN’s bi-zonal bi-communal federation as a “solution”, it has gradually become obvious that those from both sides who seek the non-solution of the issue will let the island slip into the two-state solution, as every plan for a viable compromise will be torn down with nationalistic fervour.