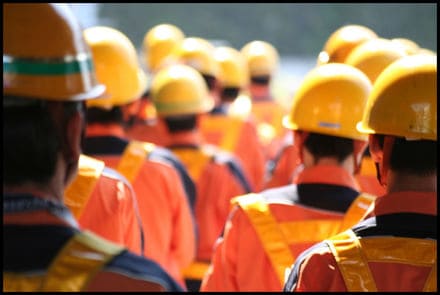 The Czech Republic wants to use migrants economically but at the same time wants to stop them from settling and integrating into the country.

Do you know how labour migration to the Czech Republic works? Its economic value cannot be overestimated, and the problem that is most overlooked is the depersonalisation of migrants to mere labour force. Let’s take Kasea CZ, for example – a company which specialises in recruiting Ukrainian workers within the framework of what Ukraine literally calls “relocation of the labour force from Ukraine”. The Czech state, or more precisely, the Czech migration policy, treats Ukrainian migrants in the same way.

Third-country nationals (from outside of the EU) can obtain a short-term visa for the purpose of employment and work in the Czech Republic for non-skilled or low-skilled jobs for up to 90 days but after this period, they must return home (visa extension is available only under special and justified circumstances – for example for humanitarian reasons). After another 90 days spent in their home country, they are allowed to use the visa again and return to work for another 90 days (and thus the whole process can continue forever).

The 3-month periods do not count towards the 5-year period of uninterrupted stay in the country, required for issuing a permanent residence permit.

And this is where the problem arises. This is a situation where migrants are economically exploited but at the same time are discouraged to settle in the Czech Republic – this migration policy does not disable their mobility, but it does disable their full immigration. Migration studies refer to this phenomenon as “circular migration”.

But do these migrants have a chance to settle in the country after many years of circular migration? To put it simply: they don’t. The 3-month periods do not count towards the 5-year period of uninterrupted stay in the country, required for issuing a permanent residence permit. Therefore, these migrants have no possibility of obtaining permanent residence even if they had spent ten years in the Czech Republic through circular migration. Thus, even when applying for the above-mentioned type of visa, these people must declare their intention to leave the country before the expiry date.

But what’s worse – circular migration leads to an unstable lifestyle, in the Czech Republic as well as in the home country. It also doesn’t lead to proper integration in the country of immigration. Circular migrants, who unlike high-skilled individuals, are not valued by the state, cannot take part in any integration programmes. It is a truly paradoxical situation (we do want migrants but do not want to integrate them) because the policy of state is to use migrants and then dump them.

As a result, companies invest in coordinators and translators, who work as mediators between Czech and foreign workers, and thus replace integration. This leads to situations where foreign workers don’t even care to learn Czech or identify themselves with the Czech environment. The only thing this leads to is passivity – the coordinators will take care of everything necessary and the worker’s role is to serve as an economically exploitable labour unit, to which one doesn’t even need to explain all the points regarding workplace safety.

For the short-term visa holders, this means instability – on the one hand the worker isn’t integrated into the Czech society, on the other he cannot fulfil his potential in his home country either. It is often the case that low-skilled and unskilled workers come to the Czech Republic once, twice, maybe even three times, but then decide to change their area of work. And because the Czech Republic restricts the possibilities of their stay, they have to return to their home country.

What we are seeing is the assertion of political will, which using its restrictions made the worker return home permanently and get replaced by a different worker, who perhaps is not as prudent yet. The result is the depersonalisation of foreign workers – they are not perceived as individuals with their own unique qualities but as units relocated to the Czech Republic with a concrete expiry date. From the perspective of the Czech state, this situation is nothing more and nothing less than import, export, and fluctuation of easily replaceable “robots”.

This is a translated and edited version of an article originally published by Deník Referendum :