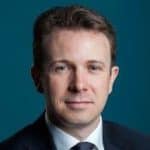 Brexit would change not only the UK and its place in the world but also the EU. We need to think through what the withdrawal of one of the largest states from Europe’s predominant organisation for politics, security and economics could mean for Britain and European geopolitics.

The EU’s ‘British Question’ can appear a peripheral distraction about an awkward member state who is best left to sort out its problems on its own. Some may well wonder why bother with it when the EU faces security threats in Ukraine and Eastern Europe, when the survival of the Euro remains in doubt, when our screens are filled with images of the crisis in the Mediterranean and the bloody conflicts to Europe’s south and south-east, to say nothing of long-term demographic and productivity problems or power shifts in an emerging multipolar world.

Yet the EU’s ‘British Question’ is not one that can be easily overlooked. Think of UK-EU relations and the words that first come to mind might be ‘vetoes’, ‘blackmail’, ‘reluctant, or ‘awkward’. Yet Britain is not the awkward partner it is often made out to be. For all the problems associated with it, it would not be the EU’s finest hour if it saw the departure – via a democratic vote – of one of the largest, most important countries in Europe, one that is a core part of European (and Western) identity, politics, economics, culture and power. It would change the EU. The very idea of European integration would be challenged. Competitors around the world would interpret it as yet another sign of European division and weakness. No European should rejoice at the prospect of another European country inflicting upon itself huge economic and political damage; such a move would reduce Europe as a whole.

Discussing Brexit is still somewhat constrained by a taboo of discussing the withdrawal of a member state. This ignores that the EU, and not just Britain, faces a choice. To borrow from former US President Lyndon Johnson: does the EU want Britain inside the tent pissing out, or outside the EU tent pissing in? The issue will not go away if ignored. Ed Miliband, former leader of the UK’s Labour Party, once warned that the UK risks sleepwalking out of the EU. The EU itself risks being asleep as the UK sleepwalks out the door.

A Brexit could change the EU in a number of ways. The EU’s centre of power could shift further east, away from countries such as France. The loss of a large state would leave smaller states in a stronger position. The economically liberal and outward looking members would fear a shift towards more protectionist, interventionist policies. It could strengthen the power of Germany, although Berlin would lose a partner it looks to on open market issues. This rebalanced EU could be somewhat easier to lead, so long as a Brexit does not begin the unravelling of the EU by making other states question their commitment. Concerns about commitment also hang over Cameron’s aim for a renegotiated ‘a la carte’ UK-EU relationship. However the EU changes, we cannot overlook that Brexit will be one – albeit a big one – of a number of developments that will shape the EU’s unity and leadership, not least of which will be reforms to the Eurozone.

At the same time as the EU is changing it will be busy negotiating a new UK-EU relationship. As required under the Lisbon Treaty’s Article 50 – the withdrawal clause – the EU would have two years (extendable by mutual agreement) to agree on a new relationship with the UK. In Britain a cacophony of Eurosceptic voices argue about which external relationship the UK should seek with the EU. Britain’s debate often forgets that a relationship is a two-way process and not all about you. Whatever is agreed will have to meet the requirements of 27 member states and the European Parliament. Bilateral trading, security or political links with the UK will be important, but decision makers across Europe will look at the wider European picture as being a bigger concern. Britain’s position and preferences will therefore have to be balanced with those of the EU’s. It is unclear what the EU’s preferences will be beyond preventing the UK from undercutting the EU’s economy.

The EU will not only have to think about UK-EU relations. Relations with the other parts of Europe outside the EU will need to be taken into account. Switzerland, Norway, Iceland, Turkey – perhaps even Ukraine – could find their relationships with the EU reshaped by any UK-EU deal. Approaches to the European Free Trade Area (EFTA) and the role of the European Economic Area (EEA) will need careful thought.

Looking further afield, the rest of the world may view the EU’s loss of one of its serious military powers as a sign of Europe’s continued decline, division and weakness. Geopolitical thinking will shape the views of powers such as the USA, Russia or China. The USA, in particular, could be faced with some awkward questions. British talk of a ‘special relationship’ with the USAA overlooks the size and importance to the USA of the wider transatlantic relationship. Europe and North America are more deeply entwined than any other two regions of the world. The NATO alliance, for all its problems, remains the foundation of Western defence. The EU is an organisation which along with NATO has provided the foundations for European security and cooperation. That the USA has backed European integration from the start is often overlooked, especially in the UK. It therefore came as no surprise that when asked recently about Brexit President Obama made clear that “having the United Kingdom in the European Union gives us much greater confidence about the strength of the transatlantic union and is part of the cornerstone of institutions built after World War II that has made the world safer and more prosperous.”

Obama’s comments immediately drew the ire of British Eurosceptics who made clear they felt Britain’s referendum was none of his – or anybody else’s – business. They wanted to ignore that it is simply not credible for a US President – Republican or Democrat – to remain silent on an issue that could transform as close an ally such as the UK, change the EU, reshape the transatlantic relationship and the economic, political and security implications that would follow.

WHAT PLACE FOR THE UK

What then for the UK itself and its place in Europe and the world? While some of the predictions about the economic and political costs to Britain from leaving the EU can be overly pessimistic, it is clear that there would be a cost and more than just the economic losses many focus on. British power has for a long time relied on the twin pillars of the EU and the transatlantic relationship. Other options of rebuilding the Commonwealth, of developing the ‘Anglosphere’, of joining NAFTA, or of becoming a ‘Switzerland with nukes’ lack much substance.

Whatever path Britain chooses, it will remain, as it always has been, a European power. Britain could therefore rue the European isolation it has brought upon itself thanks to ignoring, sidelining, or in some cases insulting some of its closest European allies. Britain has seemed increasingly obsessed with minor issues of EU reform while the rest of the EU has been facing larger challenges with the Eurozone, Ukraine and the Mediterranean. That the ‘British question’ has become a fourth problem facing the EU passes largely unnoticed in UK politics. A Brexit would add salt to the wounds, weakening further any sense that Britain is a reliable partner.

Finally, there is the future of the UK itself. From the outside it can seem as if David Cameron is pursuing a strategy that risks the unity of his government and country. The European question in UK politics is about more than just David Cameron’s Conservative Party, but tensions within it have been key to triggering a referendum. Whether Cameron can hold his party together in such a referendum is open to doubt. The referendum could lead to the loss of Scotland. While the Scots are not the overly pro-Europeans they are made out to be, a vote by the rest of the UK to leave the EU while Scotland votes to stay would lead to another independence referendum. Perhaps more worryingly a Brexit could lead to the peace process in Northern Ireland deteriorating into violence, a possible development that has led the Irish Government to make clear its hope that a Brexit does not happen.