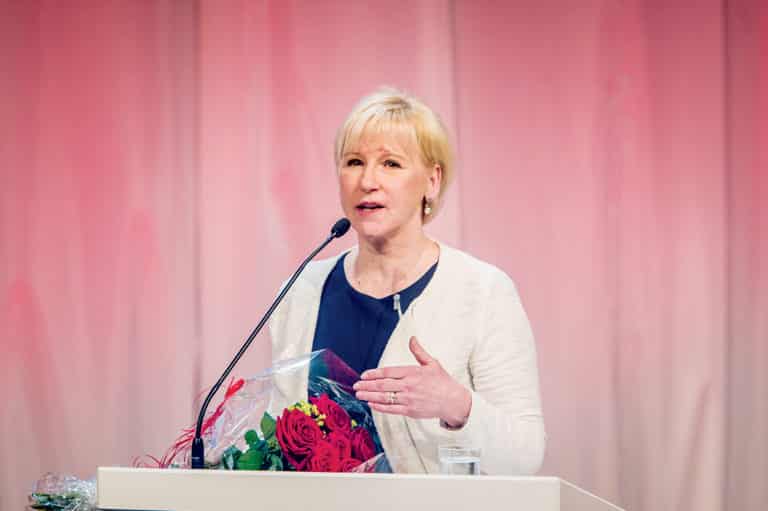 Two years ago, I assumed office as Sweden’s Minister for Foreign Affairs. One of the first things I did was to declare that Sweden will pursue a feminist foreign policy. This was received with mixed reactions. Halfway through my term of office, the original commotion has settled and increasingly been replaced with interest and support. More and more countries are realizing that a feminist foreign policy is a very good investment. It is the right thing to do, as well as the smart thing to do.

Sweden’s feminist foreign policy is about systematically and holistically implementing policies that contribute to gender equality and the full enjoyment of human rights of all women and girls. The goal is to strengthen women and girls through three ‘R’s: rights, representation and resources, guided by a fourth R, their realities. We do this by integrating a gender perspective into all the work of the Foreign Service through yearly action plans. Gender equality should not be seen as a thematic issue but as an overarching guiding principle. Policies and interventions should be guided by knowledge and employ gender analyses to ensure that entire populations are considered in all decisions and operations. This needs to be supported by gender and age disaggregated data as well as consultations with relevant actors, including civil society.

Gender equality does not only have implications for single individuals or women. It affects whole societies. Our feminist foreign policy leans on knowledge, reality and overwhelming evidence telling us that working towards a gender equal world is possibly the best investment of our era. If women in the EU participated in the labour market to the same extent as men, the union’s GDP would increase by 12% by 2030. Still, every third adult woman in the EU does not work. In a competitive, globalized economy, we simply cannot afford to exclude this human capital any longer. Affordable child care, shared parental leave, individual taxation, equal pay and elimination of work place discrimination are important tools in increasing women’s participation in the labour market. Sweden’s own experience
speaks for itself. When we introduced reforms for a more gender equal labour market in the 1970’s, half a million women entered the workforce.

The promotion of gender equality can be approached from many angles. We have lobbied for increased representation of women in the EU administration and welcome that 50% of the Heads of Civilian Missions in the EEAS [European External Action Service] are now women. In all negotiations, such as COP 21, CETA and the 2030 Agenda for Sustainable Development, we always apply a gender perspective when establishing our positions. And as part of our continuous effort to increase women’s participation in peace processes, we have initiated both a Swedish and a Nordic network of women peace mediators. Recent studies show that inclusive peace processes, where both women and men participate, substantially increase the likelihood of peace agreements being reached and sustained.

The EU holds enormous potential to promote gender equality globally. One key tool is the new Gender Action Plan for 2016-2020 which, for the first time, reaches beyond the area of development cooperation and covers all the EU’s external relations. Sweden was instrumental in broadening the plan and sees it as a formidable instrument in addressing the identified challenges. One of them is violence against women – the most prevalent human rights violation in the world. This violence cuts across ethnicity, race, class, religion, education level, and international borders and is used to terrorize and control not only individual women but entire communities.

Seizing this opportunity to accomplish substantial results should be a top priority of the EU and will require leadership from the Commission and the EEAS, as well as more knowledge, capacity and commitment across all staff. Accountability is fundamental and the evaluation processes need to be further improved. In order to be credible in the promotion of global gender equality there is also a need to walk the talk. This means that dedicated efforts need to be made to ensure that decisions are guided by a gender perspective and that the target of 40 percent female senior and middle managers is met within the EEAS and the Commission. Again, we can refer to our own experiences, which continue to guide our priorities. Sweden has a government consisting of an equal number of men and women, and we employ gender budgeting to assure state funds are evenly distributed to all members of society.

Not just a goal – a prerequisite

It should also be noted that Sweden is not alone in the efforts to put gender equality on the global agenda. In 2015, John Kerry stated that fighting gender-based and sexual violence is not just a moral issue, but a question of collective security. Feminism is a component of a modern view on global politics, not an idealistic departure from it. It is about smart politics which includes whole populations, uses all potential and leaves no one behind.