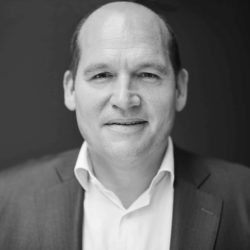 The Progressive Post: How do you explain the increase in public trust in local politics vis a vis national politics?

Philippe Close: The question is difficult to answer in a country like Belgium where the vote is compulsory and thus forces elected officials to take an interest in all sectors of the population. I am also a big advocate of compulsory voting for this reason.

PP : Why?
PC : It’s a real progressive step forward to make voting compulsory. Moreover, it is not a coincidence that in Belgium, it is the right wing parties that oppose this system and the left -wing parties that defend the system.

PP : Where does the mistrust among citizens come from?
PC : The mistrust comes from an increasingly individualised society that “uberises” the way we help more and more. We do not talk a lot about the mechanisms born in the 20th century which include health care, social security, etc … Citizens want direct, practical results and the quicker the better. They want local authorities which respond quickly. If you go to see your member of parliament, this will be slower and more complex! Yet supra-local data (covering multiple local regions) is important and one does not exist without the other. We could not have a city government for example. It is not the model of the Left that I defend which generates megacities such as Monaco, Singapore, Hong Kong, etc.

The dream of any decision-maker is inclusive gender diversity.

PP : But it works for the Left at the local level?
PC : Yes, but it would be a mistake for the Left to believe that we will manage everything locally and leave macro issues to others.

PP : How do you think we can stop this urbanisation?
PC – The dream of any decision-maker is inclusive gender diversity. That’s what happened in Brussels, putting our suburbs in the city. Even if there are accidents, there are no neighbourhoods where there is only one facility or feature.

PP : How does the Left intend to solve this inclusive diversity challenge?
PC : We do not work on big, large scale projects but we work towards equipping individual neighbourhoods. A social democratic mayor would think structurally and therefore focus on the long term. Even if it is a little overly simplistic to suggest this, the trend does speak for itself in some ways. This in itself is very Keynesian. The more we equip our neighbourhoods, the more we will succeed in having a middle-class ‘contributor’ reside there, which will make it possible to pay for social services.

PP : And effectively, how is this articulated?
PC : The best example in Brussels is our public hospitals. Our university hospitals are located in impoverished neighbourhoods but care for the poor as well as the rich. We have succeeded in creating excellence within working class neighbourhoods. This is undoubtedly one of the strengths of social democracy.

PP : Does this model hold up well in the long term?
PC : In 1996, we were ready to close these hospitals. Twenty years later, they have been rebuilt, they employ 9,000 people and they are among the best performing hospitals in Europe. They have a future despite a seemingly complex organisational system.

PP : What is the challenge then?
PC : We must find a way to stop the increasing population density within the city centres. The debatethat social democracy must keep bringing up is: what level of quality are we going to provide? What new facilities are needed (cultural centres, sports facilities, schools, local shops, public transport, green spaces) next to your homes so that you want to choose to live in the city?

PP : Is this an operation designed to seduce the young?
PC : We have an opportunity in Brussels. We have a demographic boom and a rejuvenation of the city, signs of a city that is doing well. In stable cities, which do not want this to take place, these are the cities that are ageing.

PP : Brussels is also an extremely cosmopolitan city. Is this a strength or a weakness?
PC : Indeed, Brussels and the surrounding area residents come from 184 nationalities, of which 35% are non-Belgian (of which 85% are European). This is an opportunity and an incredible path of development, which requires, in my opinion, giving them the right to vote in regional elections. Unfortunately, this is not a widely held view at the moment although the merging of the 19 municipalities within the region has occasionally been discussed. And this would, de facto, offer the vote to foreigners since they have been given the right to vote in local elections and in the European elections!

It is a smart city that will produce the professions of tomorrow.

PP : What is your key message to citizens as the mayor?
PC : We need to retain the working classes thanks to increasing social mobility but also attract a young and middle-class contributor base with this message: you have a future in our cities both in terms of sustainable development because you will save money spent on transport, lose less time and you will not want to live anywhere else because there is a special atmosphere in the city.

PP : You also need job prospects to attracting young people. How will you respond to this challenge?
PC : You cannot become a city which provides only services. There is a need for an administrative city and an industrial city. We are no longer going to build car factories as we once did. Today our industry is the research industry, the digital industry, the tourism industry, etc. It is a smart city that will produce the professions of tomorrow.

PP : How do you finance the resources required and respond to the criticism traditionally associated with left-wing town halls when it comes to public spending?
PC : The concern here is mainly about European standards. I am in favour of monetary stability and against inflationary policies, but the European rules that have been imposed on us push us to invest and place constraints on us to repay those investments during the same financial year!

PP : Is it just a budget issue then?
PC : It should be understood that 47% of public investments are currently made in Belgium by local authorities. Everything here is privatised. There is no longer a bridge, a road, a school that is built by public (municipal) employees but the process is as slow as ever! From the moment the mayor decides to the time when the project is completed can take up to seven years!