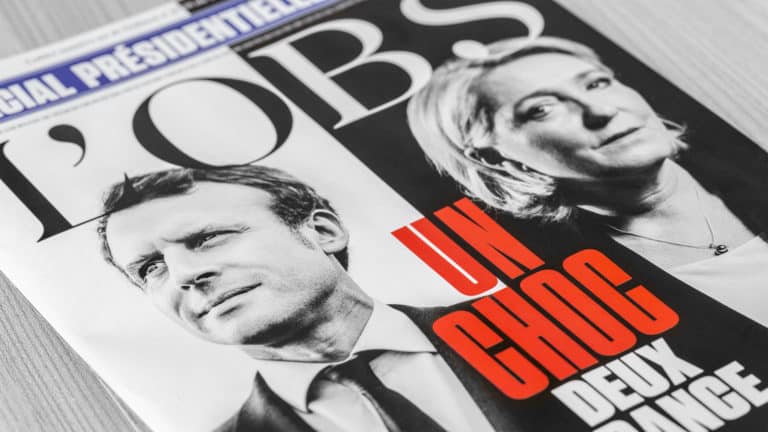 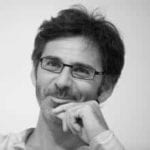 Does the 2017 presidential election not appear to have more in common with a television series than a serious political campaign? Gilles Finchelstein, Director General at the Jean-Jaurès Foundation explains how we have entered a new state of democracy.

For example, this election has all the characteristics required whether this is a succession of unexpected events or sudden twists capable of surpassing even the most imaginative scenarios. Like a popular television series, academics and commentators have followed the events with interest – with public interest reaching a high of approximately 80%[1], which is comparable to 2012 or 2007. The campaign has been virtually devoid of any distinctive character. Never before have we observed such a lengthy selection process taken so long – Alain Juppé declared himself as the first candidate in August 2014. Never before have we had to wait so long before the candidates confirmed their positions and electoral proposals – Alain Juppé confirmed on 6 March 2017 that he would not be the alternative candidate for the right or the centre. As a result, the campaign has been severely criticised by the French people: given the high numbers that were interested in the election this reaction hit politics hard as more and more people felt the candidates were of poor quality. Above all, never before have we witnessed such fragility and uncertainty surrounding voter turn-out; current estimates place turn-out between ten and fifteen points below a conventional presidential election[2]. Such reluctance amongst the people is not a new phenomenon. There are those who have charted the progression of decreasing voter turn-outs over the last twenty years and this presidential election which was typically the exception has now suffered the same fate as other elections. Of course, no one can exclude the possibility of a late explosion of interest – with each passing day we should remain vigilant! But the ‘low water mark’ in terms of voter turn-out revealed by this survey is nevertheless an indicator of public disinterest which is widespread. The French people, despite globalisation do not consider politics to be ineffectual – as such they continue to hold expectations that are much greater than might be considered the norm in other countries. This also means that the French people are more vocal. They feel obligated to express disappointment at policy decisions – political measures that they consider are ineffective; and political leaders that they consider to be corrupt. We are in the midst of a terrible situation that is best evidenced by reference to a recent survey: when asked how they feel about politics, the French people replied with “mistrust, boredom or disgust” – a total of 80% of those asked[3]… We must try to understand this new state of democracy. We have not experienced such a situation before but we must confront the issue together. When one attends a physics or chemistry course at college the fundamental of all your learning is the different states of matter – we learn to distinguish between a solid state, liquid state, and gaseous state. This has certain parallels within democracy which are relevant.

In a solid-state matter has its own form and the particles within the matter are connected to one another. In the 1980s, French democracy was in a solid state. It had a fixed form: characterised by bipolarisation. The structure was divided into two political parties: the left and the right. And the divide which existed between these two parties covered a wide spectrum of issues – the majority of public policies fell within this fixed bi-polar structure. And the divide often marked a stark contrast in political opinion – public school against private school, non-market economy (planned economy) against market economy, decentralised state against centralised state … And, even more surprising when compared to modern politics, the voters adhered to this polarity and contradiction – at the time of François Mitterrand’s election, less than one-third of French people considered such political structure as out-dated. The public debate is clear and understandable whilst the behaviour of the voters remains consistent – it is largely defined by loyalty above all else; one is faithful to their respective political position, one is faithful to their social class. That is not to say that there are no changes during this time. Reclassifications do take place. Amongst the progressive forward thinking movements, the Socialist Party gradually move ahead of the Communist Party. Amongst the conservative movements, the Orleanist right-wing movement and the Bonapartist right-wing fluctuate continually. And then, the left, after twenty-three years in opposition, ends up gnawing away at the few hundred thousand voters that had kept them away from power. But for the most part, democracy remains solid.

In a liquid state, matter no longer has its own form – in essence it takes the shape of the container in which it is placed – and the particles within the matter are able to move. At the outset of the 2000s democracy became more fluid like. The left-right divide can be characterised during this time by the multiplication of alternative parties, coalitions and new movements within the political spectrum. The divide is fractured further by the emergence of a European issue that cuts across the left and right – with the landmark 2005 referendum. The issue of the constitution goes beyond the divide – a question of the republican front against the National Front – with the second round of the 2002 presidential election the pinnacle of this conflict. The points of differentiation between the two political parties becomes increasingly blurred and the French people begin to voice disapproval that the political divide has lost all meaning. The divide no longer controls the voting behaviour of those citizens who are educated to a higher level, or those who move in social networks. Similarly those who are more prone to scepticism and the concept of individualism reject the divide. If one considers that politics itself has changed – it has become more and more technocratic – and that the relationship between the public and politics has also evolved – it has become increasingly cosmetic and appearance-driven; focus has shifted towards a well-presented speech rather than a substantive speech on important or appropriate issues. As a result France has become the only democracy in which the election is synonymous with alternation between the parties – after having very little fluctuation for twenty-three years… the voter behaviour now reflects the distress felt by the electorate. Modern politics is defined by mobility and volatility. During the 2012 presidential election we witnessed an unprecedented level of voter movement between the mainstream parties. Unprecedented in terms of the amount: more than half of all voters changed their mind (voter intention) at least once either their general intention to vote (or to abstain) or their intention to vote for a particular candidate in the six months of the campaign [4]. Unprecedented equally in terms of consistency: during the so-called solid state of democracy, the months of January or February were typically months of voter “crystallisation”; whilst during the liquid state, voter mobility is as strong at the end of the political campaign as it was at the beginning. Nevertheless, the left-right divide remains structurally intact and the bipartisan system remains robust against external pressures. The alternation continues to play out save for the votes between the socialist party and the UMP.

In a gaseous state, matter no longer possesses its own form – nor does it retain a set volume –, and, above all, the particles within the matter are only connected to one another by a very weak connection. This is where we are today. Democracy in a gaseous state possesses three properties.

Firstly, it is shapeless and without form. As bipartisanism (a two-party system) has exploded, a “tripartite” political space has emerged. However, this concept does not fully account for the present situation. At present there is a sort of political quintet with each respective party vying for power during this presidential campaign. Traditional partisan structures have all but collapsed: Jean-Luc Mélenchon has been a candidate who campaigns against the Communist Party; Benoît Hamon by comparison won the primary by opposing the position held by the ruling party since 2012; Emmanuel Macron has created ex nihilo his own movement; whilst François Fillon progressed through the primary beating both right-wing favourites and the president of his own party.

Secondly, democracy in a gaseous state is unstable and volatile: voter behaviour is not only fickle but also erratic. For example, there were as many socialist voters who voted in the right-wing primary as there was in the left-wing primary – 15% of the four million voters at the right-wing primary and 40% of the one million and a half voters at the left-wing primary declared themselves as supporters of the Socialist Party[5]. In addition to this there have been massive shifts in voting intentions all the way through the campaign to the very end, and even on the last day of the campaign – half of those who voted for François Fillon and Benoît Hamon declared that they had selected their final candidate only in the seven days leading up to the election[6]. Looking forward into the future, it is unclear whether voter turn-out or voting intention will ever crystallize in the same way as it did previously.

Thirdly, a gaseous democracy is explosive – it is of course the most worrying property. Everything, in fact, is shapeless and unstable: the National Front (FN) represents in every way an inverted image of this new state. Their voter base is loyal, maintaining a consistent vote of approximately 90%[7], election after election, which has transformed the party to a movement without conventional limits. Their voters vote according to their membership – they are ideologically more cohesive than those of any other party (except, which cannot be ignored, on the issue of exit from the Euro which divides them). So within the gas itself there lurks a solid cohesive block.

When viewed from this perspective can Marine Le Pen win the election[8] ? A year ago, in Piège d’identité[9], I attempted to demonstrate to the reader that such a perspective was unlikely to occur once the people had awoken to the “significance of the historical events unfolding before them”. It is difficult to consider that the conditions are right for Le Pen. So we must be clear.

The French people do not want to elect Marine Le Pen. For many she remains a political leader who invokes strong feelings of rejection. The majority of people consider her party, the National Front to be an extreme right-wing party. It is widely accepted that the consequences of a Euro exit are feared by 85% of the French people, beyond those who support the National Front[10]. Moreover, when one reviews voter behaviour and voting trends, including the most recent election data from local and regional elections the pattern is self evident; fierce resistance. During the second round of the presidential election in 2012, François Hollande secured 18 million votes, Nicolas Sarkozy similarly achieved 19 million in 2007, Jacques Chirac 16 million in 1995, François Mitterrand 17 million in 1988. These figures are simply beyond Marine Le Pen’s grasp. The ever-present risk remains that the number of votes required to win the 2017 election will be substantially lower – due to a reduced voter turn-out. In the aftermath of the Munich Pact and the “cowardly relief” evoked by Leon Blum, the greatest danger to our democracy due the volatile state of our democracy is “cowardly renunciation”, that is to say, “indifference” to today’s politics.

Read this article in French