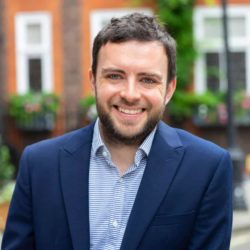 The issue of foreign policy was virtually absent from the German election campaign. Once again, one might say. In the 2017 election campaign and in the light of the refugee crisis, domestic politics already played a much bigger role in politics and the media. Topics such as security policy or Europe only appeared in the footnotes. And that was besides the fact that Martin Schulz, the former President of the European Parliament, was running as the SPD candidate for chancellor.

Yet, there is a glaring discrepancy in German politics and the public between how the country perceives itself and how it is perceived by others. And, besides other key themes, it is foreign policy that matters when looking at a campaign from abroad. This time around international interest in the German election has been huge, not least because of Angela Merkel departing from the global stage. Looking at the commentaries in the international press, one can understand the importance attributed to this election. In Paris, Washington, Moscow and Beijing, not just political insiders wondered where the country and Europe will head internationally after the Merkel era.

Foreign policy does not seem to win elections, and on issues such as the refugee crisis, politicians and the public too often debate the consequences and not enough the causes. However, there was no shortage of foreign policy events in the run-up to the German election. The withdrawal of troops from Afghanistan, the instability of Mali or the submarine deal with Australia are topics on which a broad public debate on the parties’ positions would have been entirely justified. EU issues such as the protection of the rule of law in Poland and Hungary, Europe’s Green New Deal or permanent stabilisation measures for the Eurozone, commonly referred to as “common debt”, would also have deserved a substantive debate. During election times, daily politics tends to provide an impetus for fundamental political debates. What do parties and candidates think about international alliances and organisations and common values in Europe and the world? A profound debate on these issues was largely absent.

The reasons for this are twofold.

First, from a German and European perspective, one could get the impression that, with the ousting of Donald Trump, the world has settled into a new apparent international clarity. Gone (for the time being) is a period of American arbitrariness, in which the US duped its own partners in Europe and NATO in the international arena, and disregarded international norms that were considered sacrosanct. The withdrawal from the World Health Organization in the height of the Covid-19 pandemic or the meeting with the North Korean dictator Kim Jong-un are just two examples.

According to popular opinion, thanks to President Joe Biden, the United States can once again be relied on in international matters. The waters in international politics thus seem to have calmed down. Moreover, Germany and Europe associate the Biden administration with a common foundation of values, a commitment to international organisations and an emphasis on the creative power of diplomacy. Apparently.

After all, the last weeks have shown that there are some significant doubts about whether the Biden administration will move away from an ‘America First’ approach on the global stage. There was, for example, the hasty withdrawal from Kabul, which was not coordinated with its closest allies in Paris, Brussels and Berlin. We must also not forget that Germany and the EU are sidelined in the system competition between the US and China. This is illustrated by the submarine agreement between Australia, Great Britain and the US, negotiated without the knowledge of NATO allies, where the Australian government opted for US-British nuclear submarine technology. France was booted out at the last minute. For Australia and the US the core of the strategic alliance is about security interests, not economic ones. The goal is to keep China’s military influence in the Indo-Pacific in check. When in doubt, security calculations in Asia will continue to take precedence over European alliances.

Second, since the onset of the Covid-19 pandemic, socio-economic challenges and the state’s ability to act have become more central in the public’s mind. In the ranking of the most important problems for the country, approval ratings for issues such as terrorism or immigration roughly halved between fall 2019 and spring 2021, according to the Eurobarometer. This was also reflected to some extent in the election campaign. Olaf Scholz, for example, campaigned with a triad of themes, ‘Future. Respect. Europe’. Substantive debates and speeches on European policy were missing from his election campaign, however. Yet, especially when it comes to the most important issues of the future, digitalisation and climate, not much is possible without Brussels.

The void in foreign policy and European policy that the campaign leaves behind can be understood and used as an opportunity by a new federal government. This gap provides sufficient room for manoeuvre for a paradigm shift in German foreign policy. The goal is to strengthen the assertiveness of German and European foreign policy in the system competition with autocracies. In times of climate crisis, concurring models of societies, and technological and economic competition, a value-based foreign policy should rely on a system triad consisting of an open society, democratic values and institutions, and a social market economy.

A potential coalition government between social democrats, green and liberals would complement each other with regards to a shift in foreign policy. On Europe the party manifesto of the SPD includes a strong commitment to strengthening the idea of a sovereign Europe but also protecting freedom and the rule of law within the Union. Beyond that, the Spitzenkandidaten for the Green party, Annalena Baerbock, and the FDP, Christian Lindner, have signalled throughout the campaign that German interests abroad are not limited to economic ties with important trading partners, such as China or Russia, but may go beyond a politics of mere rhetoric when it comes to human rights violation against minorities in their own countries.

In order to be able to act offensively and self-confidently vis-à-vis states such as China or Russia, it is necessary to strengthen transparency, particularly when it concerns the influence of foreign investors and donors, to expose the possible influence of autocratic forces. This includes curbing corruption in Europe. The case of Azerbaijan and the corruptive activities to influence members of the Council of Europe is instructive in this regard, and the extent to which corruption took place in European capitals in this context is at the same time frightening.

Another effective means could be to diversify Germany’s export economy in order to make it less dependent on countries like China and thus lend more strength to the assertion of European interests, for example in the area of human rights. To implement all this, a concrete political agenda is needed. This has been lacking in 16 years of Merkel and could now become part of a social-liberal-ecological renewal in the country.