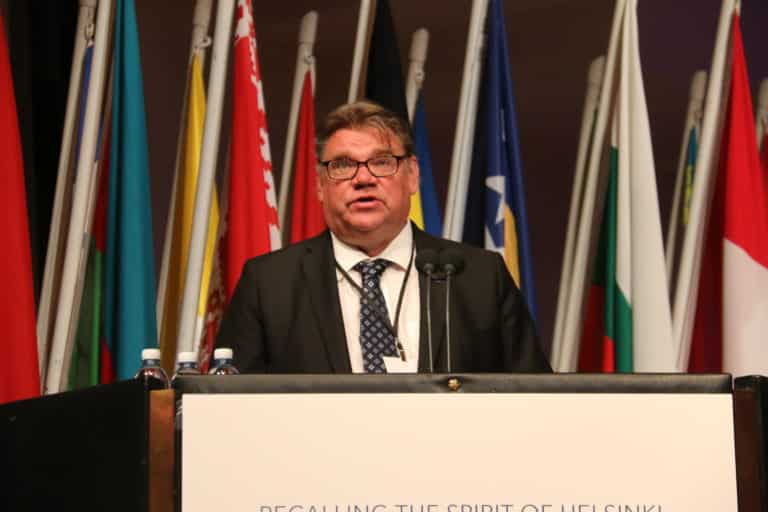 “The forgotten men and women of our country will be forgotten no longer.” Thus promised Donald Trump in his first speech after becoming the President-elect of the United States.

Such rhetoric sounds very familiar to Finnish ears. “Forgotten people” was one of the favourite metaphors used by the grandfather of Finnish populism Veikko Vennamo in the 1970s when challenging the establishment.

It was always a rocky ride for Vennamo’s Rural Party and its heirs, party splits and losses of electorate following relative successes, until the Finns Party made a breakthrough in the 2011 general elections. The high tide of populism in an all-European manner was confirmed four years later. The Finns Party became the second biggest group in parliament and entered a centre-right coalition government.

Timo Soini as Foreign Minister
From his position of strength the unchallenged party leader Timo Soini chose the post of Foreign Minister instead of managing the finances of the struggling country. The more power and responsibility he has gained, the more moderate his tone of politics has become. In international relations he fits well in Finland’s mainstream foreign policy that ultimately is defined by the President, Sauli Niinistö.

Although Soini has acknowledged Vennamo as his great mentor, he maintained a good poker face when commenting the rise of Donald Trump. My job is to represent the national interest of Finland, Soini explained, and I will. Relations with the United States are very important, no matter who is the President in the White House.

Not everybody in the Finns Party played it so cool. Laura Huhtasaari, MP, cheered openly the election result that expressed the kind of worries and politics she shares: on immigration, putting your own people first, as well as free trade scepticism. Following the Brexit-vote, Huhtasaari saw Trump’s victory as another step towards the collapse of the European Union.

Such views are rare and extreme in Finnish politics and public opinion overwhelmingly favoured Hillary Clinton in the final duel, although she failed to raise Obama-like enthusiasm. Many among the left supported Bernie Sanders, while the conservatives pinned their hopes on other Republican candidates.

Small power realism
But history and geography have taught the Finns to conduct small power realism and they will no doubt adjust to the new leadership in Washington. However, Trump’s campaign speeches raise two concerns above others, one directly and another in a more indirect way.

First, the security landscape around the Baltic Sea is in a state of flux. Russian behaviour in Crimea and Eastern Ukraine has made the defence of the Baltic States a pressing issue, and even the Swedes and the Finns are reflecting on the future of their current militarily non-aligned status. The question is, will NATO’s commitments in the region change in some way under Trump’s rule, and how would that affect Sweden’s and Finland’s security policy choices?

The key factor is of course Trump’s Russia policy. Dialogue with Putin and efforts to negotiate peaceful solutions to present deadlocks are welcome, but any deals on great power spheres of influence – hard or soft – are unacceptable by definition.

The second aspect concerns trade policy which naturally is an all-European issue. For a small export driven country like Finland it is a grim future perspective to see protectionist trends strengthening in international trade. In economic terms, “America first” may have emerged foremost in reaction to the Chinese challenge, but what will be its implications for the transatlantic community?

Trump’s effect on Finnish populism
In regard to Finland’s domestic policies and power balances, it is unlikely that Trump’s victory will give any greater boost to local populists. There is hardly an outsider’s promise left to give for the “forgotten people” as the Finns Party has already shared governmental power for a year and a half. And according to the opinion polls, aligning with the establishment has cost Timo Soini’s party half of its electoral support.

But the national picture is hardly enough in the integrated Europe. Despite all the difficulties, Finland continues to put faith in the European Union, seeing in strong institutions and in legitimate, just policies the guarantee that small nations are fairly heard and treated. The populist upsurge – nationalist by nature and transnational as a trend – surely challenges this approach. Even the best Europeans have to make sure that there always remains a fall-back position.