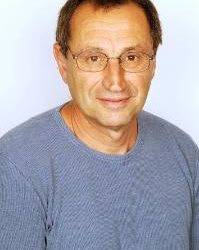 In the wake of the Great Financial Crisis (GFC), we frequently observe the total disarray of mainstream economics. It proved not only incapable of predicting the crisis but even to allow for its existence. Indeed, academic articles from leading scholars in positions of influence and policymaking continued to proclaim the state of macroeconomics to be good and consensual even after the crisis broke (such is the inertia in academic publishing).

Second, this complacency syndrome is itself the consequence of the extremes to which macroeconomics had been driven: in part by the rise of monetarism in the purest form of perfectly working markets, fully rational, representative individuals, and the ineffectiveness of the state; and, in part, the subsequent weakest of reactions against these extremes in the new Keynesian consensus which endowed absolute, if limited, efficacy to monetary policy, itself confined to control of the interest rate.

Third, this dismal state of macro, most notably overt in failing to acknowledge that finance might be destabilising, is merely the tip of an iceberg containing other equally devastating failures, not merely the neglect of fiscal policy but account of distribution, monopolisation, sources of technical change, that the short and long runs might not be independent, the role of health, education and welfare in promoting economic performance and stability, and so on.

Fourth, despite these legion deficiencies, the mainstream has commanded an almost absolute monopoly over the discipline. And dissent, even on its own terms, primarily on the grounds of more extensive market or individual (behavioural) imperfections than previously allowed, has been both limited and certainly ineffective in shifting the policy in practice. Indeed, despite some popular appeal, especially amongst students, heterodox economics has been further squeezed in the academy in the wake of the GFC.

The contrast with the stagflation of the 1970s could not be greater. As Mrs. Thatcher first introduced monetarism, 364 academic economists signed an open letter protesting her policies. Where are they now? They have been hollowed out in the discipline, not least under its Americanisation.

But this hollowing out is not confined to, nor most significant within, the field of economics. Neoliberalism has itself fed and fed upon the hollowing out of institutions capable of implementing alternative policies and the forces that press for them, especially the labour movement and its political representation in social democratic parties so that the reasonable demands from the Greek government have become seen as extreme and do not command much by way of international support and solidarity.

The reasons for this are easily identifiable in the rise of global finance, and the increasing strength and representation of its interests in policymaking, what has been termed “financialisation” from a variety of perspectives. Until such financialisation is addressed, the scope for alternative policies will remain limited. And, in the meantime, mainstream economics will not so much influence policy as act as an ideological veil over the need for, and possibility of, alternatives.