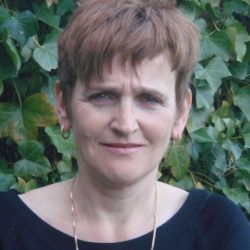 On October 8th, Népszabadság, the most popular national daily broadsheet of Hungary, ceased to exist. What happened? Was it a cold-blooded murder executed by the owner-publisher under political pressure? Or was it a cool-headed business decision?

On October 8th the parent company of Népszabadság, called Mediaworks, announced the suspension of Népszabadság. The company which owns an impressive portfolio of publications, justified the move with financial reasons. It put out a press release on the website of Népszabadság confirming that “in order to preserve Népszabadság for the future, Mediaworks management will focus on finding the best business model for the paper…” As it turned out later, nothing could be further from the truth.

The suspension of Népszabadság happened out of the blue. Its online edition and archives were immediately turned off. The email accounts of journalists were blocked. They were forbidden to enter their offices.

Népszabadság had bigger circulation than any other national political daily in Hungary. It sold more copies than all the national broadsheets combined. The fall of its circulation even stopped in the third quarter of the year. Its investigative stories exposing cases of official corruption were attracting big audiences. In summer Népszabadság even started upgrading its online version, and hired 8 people, some of them weeks before its suspension.

Mediaworks claimed that it had made a business decision because Népszabadság had been producing losses for years. If so why didn’t the company come up with plans to reorganise or sell the newspaper? Mediaworks has made huge profits on many publications it owned. Two weeks after closing Népszabadság, Mediaworks was sold to a company which is reportedly close to a friend of PM Orbán. It addition to numerous other publications, now it has 12 regional newspapers that reach millions of people in the countryside. After the sale many top management and editorial positions of Mediaworks have been filled by people who have worked at many government-friendly outlets. The new owner is clearly not bound by the old promises. Népszabadság won’t be relaunched. It is gone forever. By the end of November editors and journalists of Népszabadság have left the company. Some journalists have found a new job, but the majority is still unemployed. Independent journalists find it ever more difficult to work for owners who have no government ties or independent of state financing.

The closure of Népszabadság means that the majority of Hungary’s remaining daily broadsheets are controlled by businessmen close to the ruling Fidesz party. This is the result of the persistent and consistent media policy of Fidesz. It ranges from occupying the managing positions of the public media to consolidating its own media empire and draining the financial resources of the left-leaning and liberal press. Public companies rarely spend on ads in opposition media. Private companies and rich businessmen who are heavily dependent on government orders are afraid to do so. This is the way Fidesz and the government ensures that newspapers, radio and TV channels, internet sites, that it considers disloyal, starve to death. And when they starve to death, business oligarchs show up and purchase or destroy them at the behest of the party.

In 2015 10% of the advertising revenue of Népszabadság came from the public sector. The pro-government newspaper Magyar Idők with a circulation of 1/5 of that of Népszabadság received 80% of its advertising revenue from the state… Keep this in mind when you hear that suspending Népszabadság was a purely business decision! Last year the state spent a total of 400 million euro on the public broadcasting, advertising included, which is only slightly less than the budgetary allocation for the entire higher education. This incredible amount of money is poured into the public broadcasting which don’t even meet the basic requirements of balanced, objective and impartial news coverage. For the last 12 months the public TV and radio has been broadcasting no news program without frightening rumours about the refugees.

Not only the political news but the entire program serves the interests of those in power. Liberal or leftist writers, poets, musicians, actors and public figures are persona non grata in the studios of public broadcasters.

This totally servile propaganda machine is complemented by a loyal commercial media empire which has been built and consolidated mainly on taxpayers’ money. The most successful Hungarian news portal Origo, as well as the second biggest commercial television broadcaster TV2 have recently been purchased by businessmen close to Orbán and his party. They were given generous government support in the form of bank loans.

At the same time Fidesz uses every tool in its armory to deter undesirable customers. When a Swedish media company declared its interest to buy the same broadcaster, the government quickly decided to impose advertising tax on the broadcaster’s revenues. The Swedish immediately withdrew their bid.

“Officials in charge of government communications told me what messages to convey, whom to invite to the studio and how to comment on the news” — said the CEO of HírTV (“News TV”) whose owner is an oligarch-turned-former friend of the prime minister. Two years ago he fell out with Orbán, so his media network could also be under threat.

The freedom of media in Hungary

They are still a few independent newspapers, magazines and internet sites. But for how long? The suspension of Népszabadság has also been a warning to them.  The independent print and online media has been struggling to make ends meet for a long time. Many publications rely exclusively on donations and private grants. Journalists usually work for shamefully low wages. More and more retired colleagues are encouraged to join the editorial staff because they work for free.

The commercial radio market is almost monopolised by Fidesz through acquisitions and frequency redistribution. Klubrádió, the world famous Hungarian radio station which made news a few years ago when the government decided to close it, lost all its frequencies outside Budapest, and has been living mainly on donations.  RTL Klub is the only national commercial TV channel that is highly critical towards the government. It belongs to the German Bertelsmann Group. Recently the group has announced record revenue for the nine months ending in September. Tellingly there are two markets in which the advertising revenues were down: the Netherlands and Hungary. After closing Népszabadság one can only wonder: who is next?