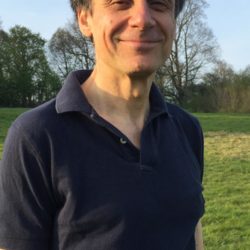 In a rematch of the 2017 election, President Emmanuel Macron defeated Marine Le Pen of the far-right Rassemblement National. Macron is the first incumbent president to get elected for a second consecutive term in the past 20 years. On the face of it, it seems a comfortable victory for Macron who won with 58.5 per cent of the vote to 41.5 per cent for his opponent. Yet, the gap between the two contestants flatters to deceive if one thinks that twice Macron defeated a candidate who does not belong to the mainstream of French politics.

The main teaching of the second round is that the far-right keeps raising the ‘glass ceiling‘ of its political acceptability. It is now a political force which is firmly rooted in the French political landscape and which, at each presidential election, keeps getting closer to power.

The mainstreaming of the far-right

Back in 2017, the newly elected president pledged to fight and reduce the influence of the far-right. Five years on, he has clearly failed to meet this objective. Le Pen has ‘de-demonised‘ her party and her own image to the extent that she can contemplate pushing the door of the Élysée palace in 2027. Her party is now dominant in several regions of France: in the north (a poor working-class area which not long ago was an unassailable Socialist bastion), in the north-east, in the south and south-east. Le Pen has made impressive gains where her party was traditionally weak, such as the southwest.

The abstention rate (28 per cent) came close to the 1969 record (31 per cent), when the runoff vote opposed Georges Pompidou to Alain Poher, two conservative candidates, and over 3 million have spoiled their ballot vote. According to an exit poll, 42 per cent of people who voted for Macron did so ‘to stop Le Pen getting elected’ as opposed to 58 per cent who did it because they thought that ‘he would make a good president’. This means that tactical voting was key in this second round. Millions voted for the incumbent president, not because they wanted him to win let alone because they support his policies, but because they wanted to avoid at all costs a major threat: the election of a far-right president.

What is more, the so-called ‘Republican front‘, an emergency coalition of mainstream voters and parties against the far-right, has been weakened. In 2002, when Jean-Marie Le Pen faced incumbent President Jacques Chirac, one million people took to the street to the cry of ‘Stop fascism!’ Le Pen father was trounced in the polls, by 82 per cent to 18 per cent for him. In 2012 and 2022, when Le Pen’s daughter, Marine, made it to the second round for the second time in a row, nobody was surprised, and nobody marched in protest. This is a further sign of the mainstreaming of the far-right.

To factor in the scope of the change, one has to bear in mind that in the space of only five years, Emmanuel Macron has turned the post-war political system upside down. The Socialists, on the centre-left, and the Republicans, on the centre-right, the two parties which had alternatively governed the country and dominated French politics for decades, are deeply weakened and may even be on the verge of extinction. Both parties are indeed being absorbed by Macron’s movement, La République En Marche.

After a term in office (2012-2017), which despaired its traditional electorate, François Hollande’s Socialist Party was hit by a major setback in 2017. The then incumbent president decided that he would not seek re-election. Macron, then Finance minister in a Socialist cabinet, seized the opportunity to run for president and, against the odds, won the election. He appealed to centre-left voters and Socialist officials. Macron came across as a liberal moderniser. He pledged to set up more democratic political institutions, acknowledged French cultural and religious diversity and spoke of upholding the French cultural values of liberty, equality, and fraternity.

But Macron has not run France as a centrist, let alone as a centre-left president. His first term was marked by free-market reforms which have earned him the nickname of ‘President of the rich’, he has failed to make any changes to the top-down approach to political decision-making, he has treated the poor with contempt and the police has shown cruelty to migrants.

After syphoning off chunks of the centre-left, Macron’s repositioning on the right has enabled him to capture a large part of the Republicans’ electorate. In the first round, Valérie Pécresse, the conservative candidate, scored less than 5 per cent of the vote – compared to François Fillon’s 20 per cent in 2017. Macron’s repositioning on the centre-right has radicalised a fraction of the Republican electorate which chose to support Éric Zemmour, the media pundit turned far-right politician. Like the Socialist Party, the Republicans’ political survival (at least as a major force) is in doubt. Macron’s political tour de force has been to regroup the centre-left and centre-right into one single party. This is a unique achievement in a Western democracy.

The reshaping of the French party system has also been achieved by triangulating themes and policies of the far-right. This has further normalised Le Pen’s party and legitimised the candidacy of Zemmour, a man who has already been condemned twice by French justice for incitement to racial hatred.

Under Macron, traditional oppositions on socio-economic issues have been supplanted by endless culture wars on Islam, immigration and national identity. This has put off the young and pushed many of them to support Jean-Luc Mélenchon, a radical-left candidate who came third in the first round.

Macron has blown away the old divide between Left and Right, with one dominant party on each side of the political spectrum. Instead, three blocks of a similar electoral strength have emerged. A liberal-conservative one with Macron, a far-right one with Le Pen and a Left one with Mélenchon. The electorate in each bloc appears volatile and polarised.

Mélenchon, the de facto, leader of the Left, said that Macron was ‘badly-elected‘, and has proposed an agreement over a left-wing alliance to all parties of the Left (Socialists, Greens, Communists and Trotskyists) ahead of the legislative elections in June. Le Pen will also be aiming at increasing her party’s representation in the National Assembly.

President Macron’s Pyrrhic victory has not sorted the contradictions and tensions at the heart of the French political system. Partly elected by default, Macron did not receive a political mandate to launch his most controversial reforms (notably pushing back the retirement age from 62 to 65). Should he impose unpopular reforms, more social unrest, similar to the yellow vests revolt, would sweep through France again. There is one quasi-certainty though: if Macron does not engage the disenfranchised categories (the young, the poor, the racialised as well as the impoverished middle-classes), this will further play into the far Right’s hands. In five years time, Marine Le Pen’s party could come back stronger than ever.