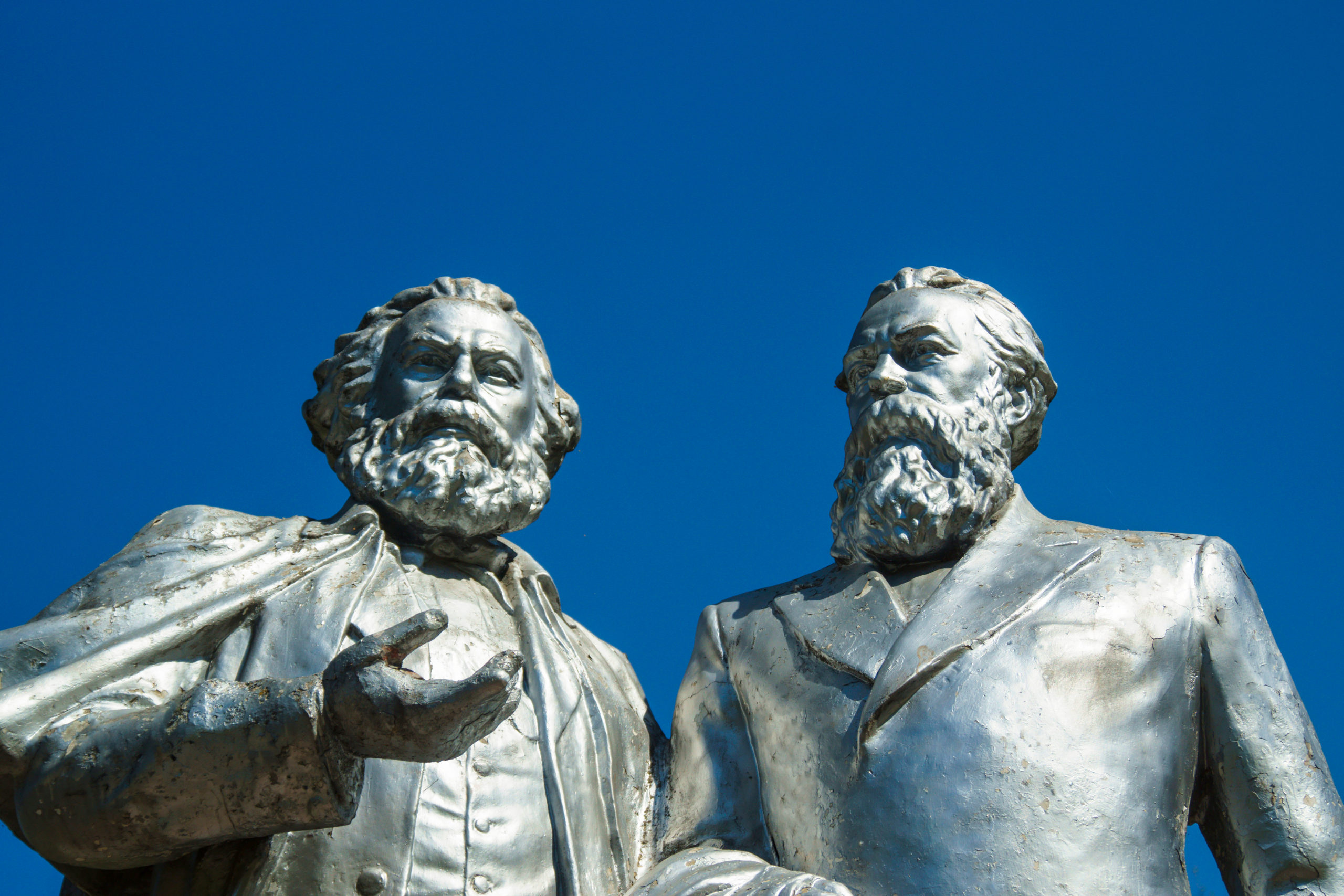 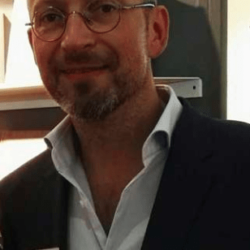 Imagine there was an Oscar this year for the best supporting role in the history of ideas. And the winner would be this boy from Barmen: Friedrich Engels, the eternal second. The younger of the two “spiritual twins”. That humble gentleman who said of himself that he was only playing the ‘second fiddle’, behind the concertmaster Karl Marx.

So tragic. So wrong. Why on earth did he hold up this picture? More on that later. Let us first separate the ‘sacred duality’. Because as so often, such a life is more exciting, multi-faceted, ambiguous, complicated and beautiful than the “holders of the holy faith” of this world want us to believe. The orthodox Marxists are no different from the Vatican on this point.

Friedrich Engels comes from a place that used to be part of the Prussian province of Jülich-Kleve-Berg and is now part of the city of Wuppertal. Unlike in China, in Germany nobody thinks of this great son of the city when the name Wuppertal is pronounced (that’s different with Trier and Marx). Germans rather think of the landmark monorail suspension tramway that runs through the city, and the elephant lady Tuffi, who once fell out of it, into the river Wupper. That should be food for thought for the Germans!

Friedrich Engels was born into a Sanssouci-style family: his father was an entrepreneur (a cotton manufacturer) with a large production facility in Manchester, England, where the working population contributed to the family’s prosperity under the most miserable social conditions. But the old man, Friedrich Senior, was also a tough pietist – who shaped Friedrich Junior’s clean, dutiful attitude for a lifetime. Max Weber would have been delighted!

Friedrich, the eldest of nine children, was tremendously gifted with languages, interested in music and hungry for knowledge. His father sent him to a humanistic grammar school, where Friedrich began to pick up liberal ideas with enthusiasm. Soon, son and father clashed, so the latter corrected his choice of school: one year before graduation, he put Friedrich on a commercial apprenticeship in Bremen. But that was a mistake: because the cosmopolitan Bremen, where trade also meant change, gave him the breathing space to become the journalist, poet, political thinker and revolutionary Friedrich Engels. He publicly dismissed the radical Wuppertal pietism and wrote all kinds of literary and political texts – sponsored by the progressive poet Ludwig Börne and Ferdinand Freiligrath, a later activist of the German bourgeois revolution of 1848. The fact that Friedrich Engels later became a textile manufacturer anyway is one of the fortunate contradictions that posterity will have to live with. Why fortunate? Because…

“Without him”, according to his biographer Michael Krätke, Karl Marx would not have embraced political economy or would have embraced it much later. Without him, who saw the miserable life of the industrial workers in Manchester with his own eyes, and described it with his own words, Marx would not have known about the workers of his time and their living conditions (never, or later). Marx was a philosopher and lawyer and had never seen a factory from the inside before. Without the wealthy entrepreneur, Marx and his family would not have survived in exile in London, ergo Marx would not have been able to work. However, Marx’s wife Jenny, who was jealous of the man with whom she had to share her Karl, kept her distance with him all her life. But without him, Marxism would never have existed.

“Without him, Marxism would never have existed”

Of course, the two belonged together, like Castor and Pollux, like a pot and its lid. “Anyone who wants to talk about Engels cannot avoid Marx” (Krätke). Perhaps. But to classify Engels as a muse and patron, as a handyman of Marx’s oeuvre, as it was often and gladly done, is nonsense. To be clear: without Engels there would have been no socialist labour movement in Europe either. He completed ‘The Capital’. He also edited meticulously Marx’s other writings. He was the creator of ‘Marxism’. And yes, he also popularised it, that is in the nature of things. He wrote articles and reviews in which he translated the noble Marxist theory into a German that was understandable for non-academically educated workers. A typical entrepreneur: always with an eye on the customers! But one can only successfully interpret and base an ideology on someone who is a little bigger than oneself, the interpreter. Later, Engels was heavily criticised for this, because among the readers were also Lenin and Mao, who took from Engels’ Marxism what legitimised their political goals, and made an ideology out of it…

Engels was an educational all-rounder, spoke twelve languages and understood twenty others. And he was proud of it. In addition, neat, well-groomed, tall, slim, sporty, elegantly dressed: a cosmopolitan and gentleman from head to toe. He was fond of war strategies, shared the amusements of the top ten thousand, and rode fox hunts in Lancashire. But at the instigation of his girlfriend, who was of Irish origin and felt very patriotic, an Irish rebel leader in Engels’ enterprises was saved from the gallows. He was one of the most erudite men in Europe, but never pedantic. He was frugal and clean for himself, but generous with others; distinguished in thinking, but also cheerful, a “frivolous person”, a “good companion who knew to appreciate a good wine”.

“Dear boy,” Marx wrote to Engels in 1865 after his son Edgar’s death, “under all these circumstances one feels more than ever the happiness of the friendship that exists between us.” Yes, close friends, they were! Mentally equals too. In addition, Engels gave money, and much more. Well organised as he was, he finished writing articles that Marx did not manage to complete on time, under Marx’s name. And he freed him from an embarrassment par excellence: Frederik Demuth, the unloved son whom Marx had fathered with his domestic servant Helene. Engels adopted him as a son, paid for his education and kept Karl’s fatherhood a secret until shortly before his own death.

Was Engels not afraid of being swept away by his own anti-capitalist ideas? Did he have two souls in his chest? Well…

He was not an entrepreneur all the time. It was the time right after the 1848 revolution. In the spring of 1849, he fought with Friedrich Hecker in Baden for democracy and a republic! When that went wrong, he fled to England via Switzerland. He was sought by warrant throughout Germany. But his main problem was: financially he was bare. As was his friend Marx, who had ended up in London. So he re-entered the Manchester company in which his father held shares as an authorised officer. He called it his “doggy commerce”. Honi soit qui mal y pense. Paul Lafargue, Marx’s son-in-law, attested that Engels led a kind of double life – a businessman from Monday to Saturday, and a refugee political journalist over the weekend. Nine years after his father’s death, he sold the company shares he had inherited. So: two souls? Yes!

Engels, a revolutionary? No sir! Not really. When asked about his utopia of communism, even Marx said: “fishing in the morning, hunting at noon and criticising in the evening.” The struggle for material interests was the most important driving force for political and social development. Engels, the first Marxist, wanted material improvements. Everyone should be better off. Socialism cannot arise from poverty. And he wanted political participation. When the Social Democratic Party of Germany (SPD) gained a foothold in the German parliament, the Reichstag, his motto was: “now we march into the parliament!” In 1895, he celebrated the SPD’s electoral successes. If one had to choose whose forefather he was – of the German Communist Party (KPD) and the later Socialist Unity Party of Eastern Germany, or of the SPD and the Socialist International – the decision is clear: that of Social Democracy. German historian Eberhard Illner said that Engels had ultimately rejected anarchism and putschism. That he was in favour of reform over revolution. And in the end the great Engels Friedrich appointed Eduard Bernstein – the most prominent voice of reformist thinking in SPD at the time – of all people as the executor of his will. Very fitting!

So, is the accusation unfounded that Engels was at least co-responsible for the victims of Lenin, Stalin and Mao? Was it not he who had opened the door to “real socialism” with his popular understanding of Marx? The counter-question would be: what did Lenin, Stalin and Mao really understand, or want to understand, about Marxism? There lies the answer. With Engels, “there was never talk of a planned economy and a new elite as the party’s avant-garde”, wrote Eberhardt Illner. Engels would certainly never have accepted the terror of the Bolsheviks. And after all, Jesus was not held responsible for the victims of the Crusades, that were carried out in his name.