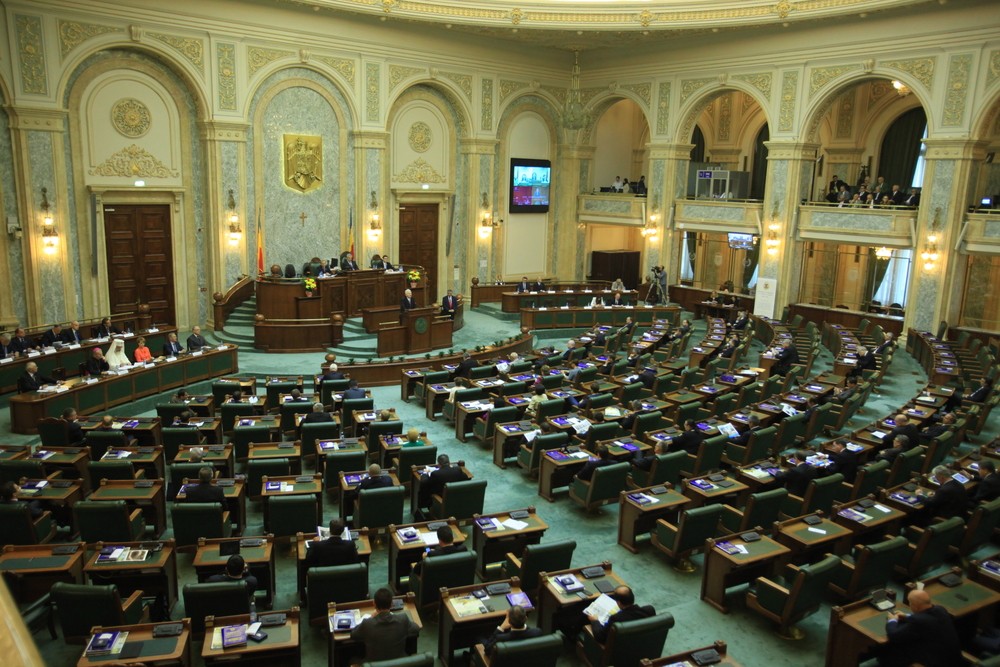 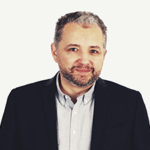 These were meant to be the most boring elections in Romania since 1990. Polls anticipated an easy victory for the centre-right coalition of the National Liberals (PDL/ EPP) and the liberal USR-PLUS (Renew Europe). Defying opinion polls however, the Social-Democrats (PSD) came first (29 percent), and the centre-right received substantially less than they had expected (25 percent for the National Liberals and 15 percent USR-PLUS). Most importantly, rather than yawns, observers got an unexpected scare: the far-right AUR (Alliance for the Unity of Romanians), a party few had heard of even during the campaign, got almost 9 percent of the national vote and are now strutting into the Parliament. How did we go from boredom to trepidation in only one day?

First, it is astonishing that the elections were called amidst one of the region’s most deadly and perhaps most mismanaged second waves of Covid-19 in the region. Testing was slow and expensive, testing units often did not pick up the phone and the lockdown was tightened and loosened based on what seemed to be a political schedule. The heath system saw years of mass emigration of medical staff and only the sizable wage increases adopted by the Social Democrats in a previous government manged to slow down the tragic outflow.

An accidental fire in a Covid-19 ward that burned the patients alive had no impact on the business-as-usual talk about the plight of the health system. The death rate in Covid-19 wards remains chilling (over 90 percent). Given these facts, one would have expected a shock, and a substantial debate, about the plights of Europe’s most underfunded public health system. Instead, there was no serious navel gazing. Moreover, the USR-PLUS did not budge from their promise to privatise parts of the health care sector in a way that would segregate access by social class. To top it off, the ubiquitous farmers’ markets that prop up Romania’s vast subsistence agriculture were shut down while supermarkets (almost all of them foreign-owned) were kept open, sowing frustration with the double standard.

Combined with disappointment, the fear of contagion led to very low voter turnout: 66 percent of the eligible voters did not show up and 9 percent of those who did cast their vote (510 000 people) sent the far-right party AUR to the parliament. At a higher voter participation, they probably would not have made it.

Second, the Social-Democrats received enough votes to show that they are alive and kicking, but not enough to oust the centre-right from government. If they had received their 2016 score, they could have formed a minority government with the party of the Hungarian minority, UDMR. The current 30 percent of the vote looks like a solid political win and a pat on the back of the current leadership’s strategy to bring the party back into the fold of mainstream European Social-Democratic values. Since the Social-Democrats have no coalition options, the centre-right is negotiating its coalition at the time of writing.

Many observers expected a political disaster for the Social Democrats, which, however, did not happen. Generally, since the former party leader Liviu Dragnea went to jail for incitement to abuse of office, the party seemed to be on a losing streak. But they managed to repackage themselves as a more sensible, economically progressive, and competent alternative to the centre-right. The party’s most politically eccentric figures have been removed, at least for now. To top it off, the President’s demonisation of the Social-Democrats only managed to revitalise their base (in one such tirade, the President suggested the Social-Democrats plot with the Hungarian party to ‘sell off’ Transylvania to Hungary, an accusation drawn from the country’s far-right repertoire).

Given the horrors of the pandemic and the associated socio-economic crisis (Romania posted a 9 percent deficit and its bonds are a notch above junk status), in theory the Social-Democrats could cruise back into office the next elections. Unless, that is, they had no competition. Unfortunately, they do, and unfortunately the competition does not come from the left.

Indeed, the third reason for the coming interesting times of Romanian democracy is that the far-right party AUR is now in Parliament. The party shuffles together a motley crew of Trumpists, anti-vaxxers, football hooligans, Holocaust deniers, anti-Hungarian ultranationalists, militarists, and people mixing pious Christianity and New Age medicine among others. At the height of the illiberal wave in the 2010s, Romania stuck out for not having such a party in parliament. The reason for this was not the fact that Romania had a more progressive electorate than Hungary or Poland. Indeed, poll after poll, the political values of the average Romanian voter have been safely into the illiberal-conservative camp and in some ways to the right of it. What made Romania dodge the illiberal wave over the past ten years was that mainstream parties gesticulated towards illiberal values while buffering the impact.

For example, at the 2018 referendum on whether the constitutional definition of the family should be limited to the relationship of a man with a woman, a referendum called by the Social Democrats, the mainstream parties did not mobilise their base and thus let the referendum fail to get above the required quorum. (The ultraconservative activists that did support the referendum were left fuming and it is from their ranks that some of the AUR activists come).

But tangoing around the pit of phobias that bedevil at least a third of the Romanian electorate, rather than try to educate the public to overcome those phobias was bound to backfire politically at some point. And that point came this winter. Rather than gesticulate and buffer, AUR embraced those phobias very openly and turned them into political fuel.

To break out of anonymity, AUR tapped into widespread conservatism, ignorance, and conspiracy theories (mostly drawn from the American Alt-right) to mobilise not just against the most constraining parts of the lockdown, but against masks and the very idea of vaccines and medical authority. To do so, they carried out a highly effective social media campaign and, most importantly, in defiance of the lockdown, organised highly visible rallies and marches throughout the country and in the massive Romanian working-class diaspora, with some of them targeted at patriotic events (such as the national day) or at religious pilgrimage sites. In poll after poll, Romania shows some of Europe’s highest levels of church attendance and the strongest presence of US-linked Evangelical churches.

This popular religiosity mixed with ethnonationalism and hard conservatism has increasingly been turned into an object of scorn by many progressives, liberal centrists, and mainstream conservatives, but has been blessed by many others and it is fair to say that many in the Social Democratic Party endorsed this mix as well. Therefore, the fact that a lockdown was imposed onto the religious institutions and mass patriotic events brought church and state into a conflict, which was ably dramatized by AUR as a form of persecution of Christians by a ‘traitor’ globalist elite. This, in turn, galvanised grassroots religious support for AUR, whose nimble merging of ethno-nationalism and religion is reminiscent of the tactic of the Iron Guard, Romania’s fascist movement of the 1930s, a movement that had enjoyed wide popular appeal and support from large sectors of the church. Pending mass vaccination, this political mechanism will continue to hit the political middle because none of the mainstream parties will take responsibility for making the health system implode with drastically eased restrictions, as AUR demands.

Most intriguingly, AUR does not come from nowhere. Indeed, some of the most high-profile AUR candidates had spent years as staff of mainstream parties and institutions. The party leader (George Simion) was paid by the Romanian state to organise nationalist events in Moldova and Romania and was close to the party of former president of the country, Traian Basescu. AUR’s most hard-line figure (Călin Georgescu) who openly describes the anti-Semite Iron Guard as patriots, represented Romania in the UN system and wrote the conservative government’s sustainability strategy. The party’s celebrated intellectual (Sorin Lavric), a writer known for some of the most offensive racist and misogynistic writings, was until recently a widely promoted figure at Humanitas, the country’s top publishing house and bookstore chain. Other key figures include various retired generals and a billionaire funder who co-owns a TV station. Indeed, rather than coming out of nowhere, key AUR figures had rubbed shoulders with the establishment barely a year ago.

There are some reasons for cautionary optimism, however. During the past two decades the far right has been unable to survive more than an electoral cycle, with some sort of political and media cordon sanitaire always appearing around them. Also, AUR’s popularity should not be overstated. At the end of the day, less than 3 percent of eligible voters voted for AUR and this happened in their best-case scenario: the peak of a pandemic in which its key message was about lockdowns. It is unclear how AUR can survive the post-pandemic period, especially after people will realise that they have no serious socio-economic solutions to Romania’s woes.

Indeed, their economic agenda is eminently neoliberal (the usual talk of tax cuts for investors, deregulation and workfare is all over the program), with a smattering of conservative family policies and vague mumbo-jumbo about making everyone live off the land. If economics matters at all for their voters (and it may not), this is unlikely to inspire a mass following for an extended period of time. The fact that a large part of the AUR MPs are couples, and even extended families, will not go down well with their base. My bet is that it won’t be before long that hostile media, establishment and, at a minimum Romanians’ fast mockery will turn them to shreds. But maybe that is what centre-left commentators predicted in the 1930s too, before the Iron Guard unleashed hell in Romanian politics by the end of that fateful decade.

The main lessons for the Social-Democrats are three: to clean their house even further, to move decisively leftwards on socio-economic issues and to get more imaginative about how to educate the public on the topics that are the cultural sources of discontent AUR is feeding off. I am not sure that the party has what it takes to embark on these tasks, and I am particularly concerned that there will be strong pressures to take the party back to its strategic flirtations with religious conservatism, ethnonationalism and Euroscepticism. But if there was ever a time to experience some drastic and positive change, this may be it. In a country with shocking levels of inequality and poverty, a seriously progressive left-wing PSD can reduce AUR to a short-lived political warning about the country’s uneven social and cultural development. Indeed, AUR’s rise may serve as the motivation for the overdue transformation of the PSD into an unmistakably Social Democratic party, ready to take on the legitimate demands that most Romanian citizens have.