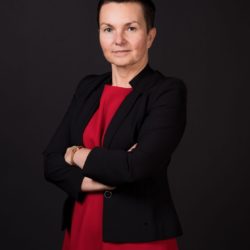 Calling the situation of the centre-left parties in Central and Eastern Europe ‘difficult’ equals hiding behind a diplomatic langue de bois. In none of the countries of the region, Social Democrats are in government – neither at the helm of a coalition, nor as a partner in one. Sometimes they even failed to enter parliament altogether. Internal conflicts, controversial decisions by party leaders, misguided political alliances and an incoherent image are the problems faced by progressives in this part of Europe.

The problems that are hunting the central and eastern European centre-left are three: there are the trends that are observed across all the EU, there are specific inclinations resulting from distinctive regional context, but there are also the effects of the actions or the negligence of the respective progressive parties and their leaders. Everywhere, it is obvious that Social Democrats are a victim of a deepening fragmentation of the political scene. Elsewhere, electoral results that would have been considered a defeat in the past, are seen as a reason to celebrate today – but in the Central and Eastern Europe (CEE) region the situation is comparatively worse. In autumn 2021, Social Democrats were in the opposition in Bulgaria, Romania, Hungary, Poland and Slovakia. In the Czech Republic, the October parliamentary elections saw the Czech Social Democratic Party (ČSSD) falling below the threshold of 5 per cent and not even entering parliament. This is an overwhelming defeat for a party that used to be the most powerful political organisation in the country.

Distrust against the mainstream

In the states of the CEE region, consolidation of large segments of the electorates is underway. Frequently, at the ballot box, voters act as if the region was not concerned by the climate crisis, or by challenges connected to migration and the aggressive politics of some of the countries outside the EU. Instead, they support politicians who fabricate the problems they promise to solve. These ‘replacement topics’ are used as an effective smokescreen, which allows avoiding confrontation with the real issues. The attitude of ‘this is none of our business’ plays into the hands of the populists, who, then, blame the European Union and its political elites for being ‘detached from the real concerns of the people’, and guilty for everything and anything that may cause social anxieties.

The centre-left in the CEE region (post-communist parties as well as those free of this legacy) has been building its legitimacy on its pro-EU orientation and is (rightfully so) still strongly connotated with the European mainstream. Consequently, in the context described above, they become a very easy target for populists of all shades. The latter play on resentments, painting the progressives as a suspicious breed of politicians, who are not defending (or at least not sufficiently defending) national interests.

Interestingly, the label ‘progressive’ is even used to discredit right-wing organisations like, in the last electoral campaign, the Czech Pirates Party. While in the past ‘liberal’ used to be a pejorative label that would prompt distrust, today it’s the term ‘Social Democrat’ that has a similar function.

But the search for the reasons for the electoral weakness of progressive parties cannot be limited to the external factors. Neither would such a fragmented diagnose be helpful for the parties themselves. In many cases – to be entirely honest – the situation of these organisations is a result of mistakes, inadequate decisions, ideological confusion, and internal conflicts.

Governing with an inadequate coalition partner can be very harmful. Many parties and politicians know this truth. For the Czech Social Democrats, the bill to pay for having governed for a few years with Andrej Babiš is extremely high. In 2017 the decision to form a coalition with his ANO party was perhaps an attempt to move forward after ČSSD lost 13 per cent in the elections: a loss of 35 seats in parliament and much of the budgetary subventions. Back then, half of the voters lost by ČSSD turned to ANO (among them mostly voters with lower-income and the elderly), while others threw their support behind the SPD of Tomio Okamura or the Pirates Party (this was rather the case for disenchanted younger and better-educated voters). Significantly, in the 2017 elections 260.000 of the former ČSSD voters didn’t go to the polling stations at all.

Just one year after the formation of the rather exotic cabinet coalition with ANO, the 2019 elections to the European Parliament took place, in which the Czech Social Democrats failed to cross the electoral threshold. This was a signal that the drift of the voters didn’t just stop, but to the contrary – intensified. To govern together with someone who is accused of fraud, nepotism and corruption made – to a certain extent – ČSSD look like accomplices. This allowed the others to present an electoral counteroffer in 2021. Furthermore, governing together with Babiš infected Social Democrats with some ideas that appear contrary to progressive ideals. A key example is the narrative that they adopted towards migration.

This time around, the Social Democrats didn’t manage to enter parliament and there is no consolation in the fact that the Communist Party didn’t do any better. And even though the Polish SLD-Wiosna-Razem provides an example for another party in n the CEE region that failed to enter parliament but managed to come back in the following elections (in a new, broader formula), for ČSSD to hope to do the same is not a safe bet at all.

Analysing the PES parties from the CEE region from the angle of their programmatic views, there is more than one question mark. Within this group, there are supporters of a flat tax (either in favour of introducing one or defending one that was put in place by neo-liberals); there are critics of trade unions; as also die-hard conservatives with no leaning to equal rights and minority rights. Some of these attitudes can be explained by the electoral math and attempts to regain voters that have turned to right-wing radicals, but even though mostly limited to semantics, this comes down to outright xenophobic rhetoric (for example against migrants).

The problem however is not only the straying away from the programmatic core but also a perceived loss of integrity. Even not very well-informed citizens can detect insincerity that is dictated by a political calculation. And should they be tempted by the message; they would be more likely to vote for actual right-wing parties than for those copying their narrative.

The centre-left will never beat the right on their turf, so it doesn’t make any sense to even try: neither ideologically, nor electorally. Even less so as the main outcome observed is even more disgusted voters.

Finally, it is impossible not to mention the scandals that have damaged the image of some progressive parties in the region. There are several parties who governed or co-governed in the past two decades and gave in to numerous temptations that come with the privilege of being in power. This discredited several of them who, until today, have still not managed to restore the credit of trust. Corruption and some minor scandals keep on returning from the shadows of the past – which makes the task of revitalising the parties internally and externally incredibly tough.

The bitter analysis is not intended to clip the wings of progressive parties in the countries of Central and Eastern Europe. The centre-left has established itself here as a guarantor of a rational state policy that does not lose sight of the most vulnerable citizens, that is capable of facing the challenges of the future with a programmatic approach and that is a predictable partner in relations with the European Union. And this is a strong advantage, if we consider social cleavages and how a pro-EU profile is already working in favour of SD in Slovenia or Nowa Lewica in Poland in the polls.

True renewal is needed, but it is about renovating a building with solid foundations. This will certainly be appreciated by progressive voters, as they have not evaporated altogether from the societies of Central Europe. Many of them look forward to a breakthrough and, hopefully, they are still ready to entrust their hopes to formations of centre-left or including the centre-left, backing them up in epic battles, such as the upcoming one in Hungary in just a few weeks time.