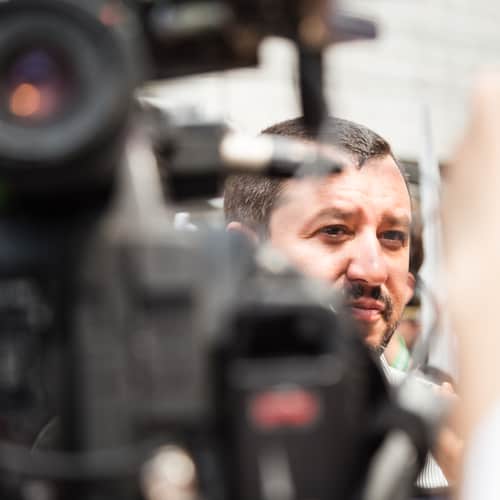 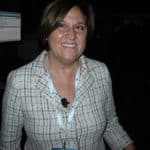 Though the recent elections in Italy were only regional ones, the combined voting in two Italian regions also provided the latest chapter of the struggle to contain the nationalist/populist Lega party and its leader, Matteo Salvini.

The elections – in Emilia-Romagna in central Italy and Calabria in the south – were the latest in the string of regional votes that take place in Italy’s 19 regions over the course of five years. Technically, such regional elections don’t affect the balance of power on the national level, or the stability of the government, which is currently run by a coalition between the centre left Democratic Party (PD) and the populist Five Star Movement.

Nonetheless, regional elections regularly indicate the changes in mood and political opinion of the Italian electorate. And with the rise of the populist Lega of the former Vice-Prime Minister Matteo Salvini, the elections in these two regions were closely observed as a barometer of the current state of Italian politics.

In Salvini’s mind, as well as in the mind of many Italian observers, Emilia-Romagna was the big prize. A victory for his League would have been a cataclysmic political event. Emilia is one of the country’s largest and wealthiest regions. It is also a long-time stronghold of the Italian left, jokingly referred to as Italy’s Stalingrad.

His campaign however faced strong political opposition. But he carried on as he had done in a string of elections he had won in 2018, using a mix of harsh rhetoric and theatrical flourishes. Often, he focused on security. At one point on the campaign trail, Salvini stopped at a tenement apartment in a working-class district of Bologna, rang the bell of a Tunisian family, TV cameras in tow, and asked, “does a (drug) pusher live there?”

“In Emilia-Romagna, the Lega-style populism proved to be stoppable.”

But the Lega and Salvini lost. The candidate of the central-left coalition, Stefano Bonaccini, triumphed with 51%[1]– of which his Democratic Party (PD), scored 35%. The centre-right coalition candidate lost with 44% – of which the Lega took 32%.

So at least in Emilia-Romagna, the Lega-style populism proved to be stoppable. Moreover, the vote was read as a momentary endorsement of the current PD-Five Star ruling coalition on the national level. That shaky alliance was formed in September 2019, after Salvini had brought down Lega’s own government alliance with the populist Five Star Movement and tried – unsuccessfully – to force national elections. The loss also deprived Salvini’s demand for anticipated national elections of the popular boost he had hoped for.

The other region where voting took place, Calabria, is relatively impoverished and suffers from problems that are common to Italy’s south: corruption, mafia-style social organisation and a volatile electorate. In recent years, voters here have turned right.

But the right-wing victory in Calabria did little to undo Lega’s disappointment in Emilia-Romagna. Salvini supported Jole Santelli, the candidate of ex-Prime Minister Silvio Berlusconi’s Forza Italia party. Santelli was elected president in Calabria handily, but not so much because of Salvini’s support as because Forza Italia, by itself, is a powerhouse in Calabria.

“In any event, it’s early to suggest that because of the Emilia-Romagna setback, all is lost to Salvini and his Lega’s populist strain of politics.”

Here are some caveats:

1/ In Emilia, the PD was helped by a particular ally: a mass youth-movement, the Sardines . The Sardines claim to be non-partisan, but staunchly oppose Salvini’s divisive rhetoric and nationalistic positions. Largely due to the Sardines’ ability to mobilise enthusiastic voters, the PD benefitted from a high voter turnout: 68%, compared with 38% per cent in regional elections five years ago.

How long will this quasi alliance between a youth movement and the PD last? How will it play elsewhere? Those questions will be answered in future regional and, eventually, national elections.

If in the near future, the PD feels strong enough, and the internal chaos still reigns among the leaders of the Five Star Movement, it might be tempted to bring down the government (in parliament, due to its strong showing in 2018 national elections, the Five Star Movement is still the biggest party and also the bigger partner in the coalition with the PD). But a collapse of the government would once again destabilise Italian politics, with unpredictable outcomes.

3/ Finally, even though it didn’t win the presidency in Emilia-Romagna, the Lega still won more than 30% of the vote, making it the second party in the region. A remarkable achievement in central Italy’s so-called Red Belt. A few years ago, when Lega was strictly a regional, northern Italian phenomenon, such a strong result would have been unimaginable.

At least Salvini is convinced that his Lega’s showing was highly significant. In remarks after the election, he was full of pride and optimism. “It was emotional to be a player in Emilia-Romagna. After 70 years, for the first time there’s a contest in which it was possible (for the Lega) to win,” he said.

So be careful. Funeral rites for Italian populism are still premature.

[1]The percentages in this article were rounded up for an easier read.