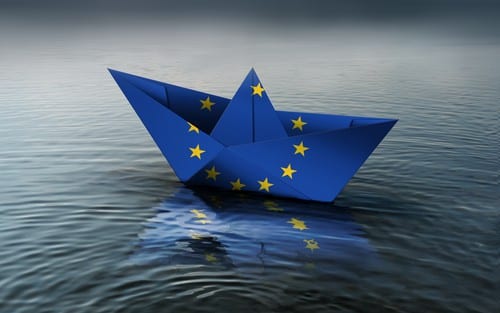 Brussels is being taken by a great wave of excitement. The launch of the “Conference on the Future of Europe” has already become a turning point. It marks leaving the junction of the crisis or post-crisis debate, and moving on to a deliberation about what role the Union should play in the years and decades to come. That in itself is so energising, that everyone – across the political spectrum and within civil society – seems generous enough to put aside the institutional difficulties of the past half a year, to drop the initial criticism about betrayal of the Spitzenkandidatensystem, and instead look optimistically at how to use the momentum.

With the European Commission clarifying its intentions, and a vote having just taken place in the Constitutional Affairs Committee (AFCO) of the European Parliament on the initial opinion, one could of course ask what is so special about this particular initiative and what makes it different from all the other attempts –which generated, amongst the others, Plan D, the Citizens’ Agora, and Juncker’s five scenarios. The answer is that the circumstances have changed. One sign of this is the turnout at the last European elections, which indicates growth in the relevance of Europe in people’s minds. Another sign is that the EU may finally be ready to draw a line under the existential crisis it has been drowning in –and look at how to put forward a mission that would make the EU fit for the challenges of the new century. To that end, it is crucial that we move on from the current question of how can we respond to the key preoccupation of how we can lead, offering hope, security and social progress for all.

Do you remember the European Convention?

The phrasing is far from a matter of semantics. It is a question of mindset, which is also why stakeholders defining the methodological parameters should not be tempted to look back at past experiences. In the institutional corridors, when one starts discussing the possible trajectories, one is frequently faced with the question: Do you remember the European Convention? Many do, but the call for this was nearly two decades ago, when the EU was mostly concerned with three issues: progressing historical reunification and enlargement; the deepening of institutional deficiency resulting from the incomplete set up of the Maastricht treaty and subsequent not-entirely-successful fixes of the Amsterdam and Nice treaties; and the challenge to remain an international player in the context of an advancing globalisation led by a neo-liberal logic of especially economic competitiveness. Those are not the exact same preoccupations that draw the attention of politicians and citizens today although, given that these issues have remained partially unresolved, the EU now finds itself in a situation in which: it cannot ensure that democracy and the rule of law apply equally across its territories; it carries on with Lisbon Treaty solutions that still leave not only many questions but also space for voluntarism in carrying out common decisions at the level of member states; it still struggles to define its standing and duties in the rapidly changing international context, despite the monumental act of recently winning the Nobel Peace Prize.

The challenges have changed and multiplied, and the expectations of ever-better informed citizens have grown. It would be tempting to start enumerating these, but here, after over a decade of facing an existential crisis, there have been volumes written about what the EU has to face and what it should or should not do. That being said, when it comes to the “Future of Europe” debate, the EU can of course look back for best practice and draw lessons from the Convention and other endeavours. This is always a noble exercise and can be a source of inspiration to a certain extent. But it is not daring enough, not in a way that would offer hope that the current excitement can actually be a wave to be used for the history to be made and for a new chapter to be opened.

The Progressives have an especially important role to play here, which can actually be translated into a strategic advantage for them as a European movement. What the EU currently lacks most are the characteristics of a leader – both in an inspirational and challenging sense, and also in specific policy areas. In the case of the latter, this translates, in a domestic context, into the Union being blamed for all that is wrong and hardly ever credited for what is right; and in the international dimension it translates into being bypassed by global processes and quicker developing countries. For the social democrats, being the first to build in this particular niche, and to articulate what it is that the EU should stand for today and tomorrow in terms of values and ambitions, could be the game changer. And then they can come forward, showcasing their own leadership using all the immense powers that the EU actually has in the context of the respective portfolios in the European Commission and European Parliament.

But for this not to be just the sum of diverse agendas, but a real future-oriented project, there is a need for a different kind of process from those before. Looking at the AFCO debate, it was for obvious reasons a process led by a logic of compromise, whereby first four and then five political groups came together to consolidate over 200 amendments into an equivalent of 10% of that amount. That left the others on the fringes, complaining that it was not inclusive. The exchanges carried on as usual, in the sense of a division between pro- and anti-EU forces. But that is the angle that is again as old as the world, and that immediately sets narrow limitations. While the argument is not that the Progressives should not assume their responsibilities within the pro-European coalitions, they are in desperate need of defining what pro-Europeanism means for them. If nothing else, the European Parliament debates with the respective heads of state over the last two years of the previous mandate have proved that there is a deficiency when it comes to having a clear idea of Europe that would unite the movement. This would make it truly European, rising, when relevant, above national specificities. And this would help its members translate a progressive version of Europe into domestic politics at the same time.

So what should be done to indeed be bold and focus on leadership and a visionary approach? It would seem that there is a need for a multi-layered project, which would not run along the lines of the traditional logic of either ‘setting up a committee’ or ‘setting up a list of questions on which to organise (experts) seminars’. If anything is to be learnt from the Climate Change Strike and other mobilisations, it is that there is a need for two simultaneous approaches – top-down and bottom-up – to find a new junction.

Looking for a new leading paradigm

When it comes to the first approach, there is a need for a political and intellectual conversation, while setting aside the time pressure and obsession of ‘delivery in concrete terms’. To make it different, Progressives should take the word “conference” out of the Commission’s title of the “Future of Europe” initiative and think instead about a real, creativity-inducing, kind of a workshop. Everyone, including top leaders, would have to come to this without speeches or papers, but ready to contribute and be challenged. Because as well as having vast experience with structured politics and governance, Progressives should by definition be dreamers and critical thinkers, who want to take action to build a better world. Talking on the “Future of Europe” should not be about political correctness or a ‘catch-all agenda’ (which no longer works), but about finding a new leading paradigm. Such an emancipated debate should fuel many confrontations and perhaps even conflicts, which as a movement the social democrats have been trying to avoid since the those on the Third Way. That would take far too long. This ‘outside the protocol’ approach would thus show that Progressive leadership is forged in a real debate about the same issues that Europeans discuss around their kitchen tables, and indeed this debate would take place in a very familiar way resembling those of the European people .

On the other hand, recent experiences clearly show that ‘local’ gatherings are no longer the way to step out of the box and reach out especially to youngsters. Perhaps a more innovative approach would be large-scale European canvassing, in which, instead of pollsters telling politicians what to do, politicians and activists would be directly involved in a dialogue. It would not be easy, and perhaps not always gratifying – but definitely new and in that sense forward-looking, especially if Progressives still dream to make the ideals of pan-European campaigns, transnational lists and a strong Spitzenkandidat process come true.

These two proposals may sound daring or even unrealistic, but as said before, while history may repeat itself, it is not built by those who only seek repetition. There is a mood, there is momentum and there is the Progressive movement. These all create a time to shape and assume leadership, to allow constructive fermentation, and to consolidate social democrats in the position of those who innovate politics, re-launching Europe to thrive until at least the end of the century.