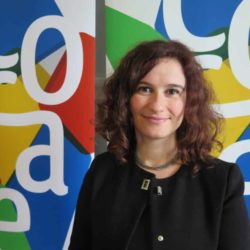 The #Metoo movement unveiled a reality that most of us were afraid to admit but somehow all had experience of: in order to work, women have to respond to extra demands and be silent about it. From signing (illegal) dismissal letters in case of pregnancy to being asked during a job interview whether they plan to have children or being offered a lower salary than a man for the same job through to the inappropriate, abusive and unacceptable demands for sexual encounters. Paola Panzeri highlights the importance of this reform in everyday life.

We either experienced it ourselves or knew someone who did but we all kept silent. Maybe we were afraid or maybe it is just because we got so used to it that we thought it was normal.
This is, however, not our fault. The system was built to make us feel like ‘guests’ in the labour market. It was designed by men for men, in a vision of society where male-breadwinner families were the model to be promoted. We see it in taxation systems that often still penalise second earners (i.e. women) or in the incompatibilities of work and school hours forcing the parent with a lower income (i.e. women) to go part time. This model is, in 2018, no longer viable.

The system was built to make us feel like ‘guests’ in the labour market. It was designed by men for men, in a vision of society where male-breadwinner families were the model to be promoted.

Society has changed, families are diverse, the number of women graduates has increased and, last but not least, more and more men are no longer ashamed of wanting to spend time with their children. There is a growing call to modernise the labour market from theA gender power battle to bring equality into the labour market is underway younger generations: to make it possible for women to access and stay in employment and for men to take up more care responsibilities.
While some may demand these changes, others are resisting because, like in any other power fight, regardless of how fair and just a battle is, the group holding power will not want to share its consolidated and dominant role. In this fight, an essential battle is the legislation structuring the labour market itself because making a fair labour market should not be a matter of good will but a right for all.
As we speak, the European Parliament is discussing a Commission proposal for a Work-Life Balance Directive that would grant parents and carers the individual right to adequately paid leave and flexible working arrangements. This would support women in entering and staying in employment and men in taking more time for family responsibilities, reducing the gap in terms of time spent out of employment for family reasons for men and women.
This may seem like a drop in the ocean, but the day that women will not be seen any more as mothers temporarily ‘lent’ to the labour market but as workers fully entitled to their job; and men not only as breadwinners but also as fathers and carers, we will have eradicated the idea that extra criteria and demands may be asked from a woman applying for a job. I sincerely hope that the EU will take this opportunity to make Europe a better place for women and men and that it will not bury its head in the sand, blocking or stalling this piece of legislation as it has done in the past. If it did so, that would mean only one thing: the EU is a white old men’s club and it wants to keep it that way.