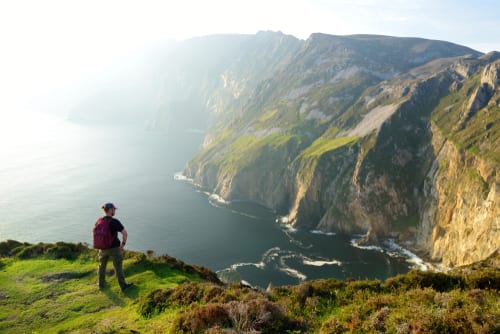 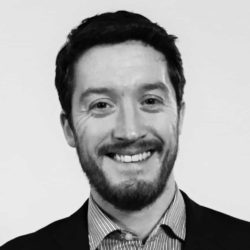 by David Kitching
Chairperson of the International Affairs Unit in the Irish Labour Party and sits on the committee of the Dublin P&PR branch of the National Union of Journalists.

The results of the 2020 Irish General Election invite comparisons to a political earthquake, but a brief look at recent history tells a more multi-layered story.

Since the 2008 recession, every election has presented a shift in the tectonic plates of Irish politics. The country’s systemic stability sits alongside a political volatility that has come to the fore more strongly in this particular election because the main beneficiary has been Sinn Féin. In reality, the 2011 election broke ground for last weekend’s result. For the first time, the duopoly of Fianna Fáil and Fine Gael was broken as the Labour Party surged into second place with its highest ever vote. The Fianna Fáil-Green Party coalition had signed up to a bailout programme in 2010, with a harsh austerity regime which was left for the post-2011 government of Fine Gael and the Labour Party to enact. Thus, having achieved its best-ever result in 2011, Labour followed in 2016 with its (then) worst-ever result (6.6%). This election already saw a significant increase insupport for Sinn Féin, as well as increasing fragmentation of Ireland’s parliament, represented by micro-parties and independent candidates.

Fine Gael formed a minority government with independent parliamentarians, facilitated by Fianna Fáil through a ‘confidence and supply agreement’ and with Leo Varadkar as Taoiseach – Prime Minister. For the latter party, this was a route to rehabilitation among the electorate and was said to herald an era of “new politics” in Ireland. Yet the agreement was extended out of a need for stability during the negotiations with the UK over Brexit. With mounting dissatisfaction with the government’s performance, Fianna Fáil walked a narrow and perilous path, acting as the main opposition party while keeping the government in power. For a time, it even looked like Fianna Fáil was pulling ahead in opinion polls, and the old order was gradually being restored. Yet, as an appetite for change from the status quo emerged, it proved increasingly difficult for Fianna Fáil to benefit politically. While public dissatisfaction bubbled under the surface, it was not obvious that Sinn Féin would be the automatic beneficiary in 2020.

“Similar to Sinn Féin this week, the Greens failed to run enough council candidates to capitalise on their vote share.”

Indeed no one has been more surprised by this result than Sinn Féin’s own strategists. During the course of the past parliamentary term, the party had appeared to be in relative decline. Numerous internal challenges and strategic errors saw the party’s vote reduce significantly in the 2019 local and European elections. It was clear they were worried in particular about a depressed vote in urban working-class areas, and there was a fear that young people would desert them for environmental or other issues. The most obvious indicator or the unexpected nature of the surge is the fact that the party did not run enough candidates to reflect the massive popular vote it achieved, thus failing to benefit from the proportionality of Ireland’s Proportional Representation by Single Transferable Vote (PR-STV) electoral system. The big story of 2019 was the growth in support for the Green Party, who had their best ever results in the local and European elections. Similar to Sinn Féin this week, the Greens failed to run enough council candidates to capitalise on their vote share. The pattern reflects an electorate desirous of change, with a frustrated young urban population whose votes are movable, whose political loyalty is volatile and can surge in a matter of weeks

It is clear that for both, Sinn Féin and the Green Party, there was no sudden strategy they implemented to bring them such rich rewards. The Greens were the best positioned benefit from the growing salience of climate change as an electoral issue. Sinn Féin had pursued a slow, steady, and mostly fruitful, long-term growth strategy but this week’s result was also assisted by factors outside the party’s control. The Fine Gael governments sought to focus the election on economic recovery and its successful navigation of Brexit. For many voters, this showed a party that was completely out of touch. Headline figures on GDP and employment seem hollow when there are major quality of life issues that completely erode any sense of recovery. Ireland is in the grip of a housing and homelessness crisis wherein excessive rents and unattainable mortgages have forced many under 40s to delay major life plans. Fine Gael, a centre-right party whose self-identity is bound up with a property-owning democracy, has presided over the lowest levels of home ownership since the 1970s.

“Sinn Féin: the party’s violent past, is not in the frame of reference for many younger voters”

There is a hunger for an anti-establishment party with the organisational capacity to enact change. The Labour Party has problems regaining trust, while the Green Party’s policy platform is not as broad as others, and Sinn Féin has reaped those rewards. Sinn Féin occupies an interesting place within the Irish political spectrum. Ireland has not seen the rise of a significant populist radical right party. The profile of Sinn Féin voters has tended to be similar to that of these parties, having lower levels of trust in politics. This election saw Sinn Féin make significant inroads among young urban voters and expand their voter base into more middle-class areas. The party is overtly nationalist, but not nativist, and wedded to the unification of Ireland as a sovereign republic, free of British rule, but has not adopted xenophobic or anti-immigrant positions. For older generations, the party’s violent past, with its historic connections to the Provisional IRA places them beyond the bounds of acceptability. Yet this is not in the frame of reference for many younger voters.

Sinn Féin is of the populist left, rather than the right, and this positioning greatly informed their strategy and messaging in this election. The party offered clear and comprehensible solutions to the problems wrought by Fine Gael’s failures, even if some of them will not be achievable. Yet it is telling that their adherence to Socialist economics is of a lower order than the party’s nationalist goals. Their main red line for entering a coalition government is the conduct of a plebiscite on Irish reunification, rather than targets on housing, healthcare, workers’ rights or welfare issues. Still their image has been well crafted, and strong media and parliamentary performances by several of their more talented and charismatic representatives helped set them apart as the only real alternative.

The next challenge is to see who can form a viable government. The ‘confidence and supply’ experiment has failed and there will be a demand for a coherent administration. The three main parties (Sinn Féin, Fianna Fáil and Fine Gael) hold 68% of the electorate, with the remainder taken up by smaller parties including Labour, the Greens, the Social Democrats, far-left and independents. The only route to a governing majority will be with two of the main parties and one or more ofthe smaller groups. Both Fianna Fáil and Fine Gael ruled out a coalition with Sinn Féin before the election, but the numbers now mean it may have to be considered. If they form a coalition with each other, this will indeed represent a seismic shift in the political landscape and will help Sinn Féin to grow further in opposition.

Fianna Fáil is in a particular dilemma, ideologically stuck between its two rivals. As the party with the largest number of seats, it is under the most pressure to try to form a government. If it works with Sinn Féin, it will lose its conservative, middle of the road voters. On the other hand, as the more republican-nationalist of the two main establishment parties, a coalition with Fine Gael will leave Fianna Fáil completely exposed among more radical republican voters who may succumb to the attraction of Sinn Féin. If no combination can form a government, Ireland may have to go back to the polls again, but this time Sinn Féin will be better able to calculate their candidate strategy and return even more seats.

Labour had a very tough election, further reducing its vote share and complement of seats. With the party leader Brendan Howlin stepping down following this election, the party will need to engage in some difficult internal conversations and it is unlikely that the members will have an appetite for government. The party also faces a challenge in the rise of the Social Democrats, a relatively new party with a similar ideological underpinning whose membership contains many former Labour members. The Social Democrats had a very successful election, and along with Labour could form a more substantial left of centre bloc together but the path towards improved cooperation is still uncertain and will require some bridge building. The immediate priority, however, will be to build bridges and offer viable alternatives to disenchanted voters.