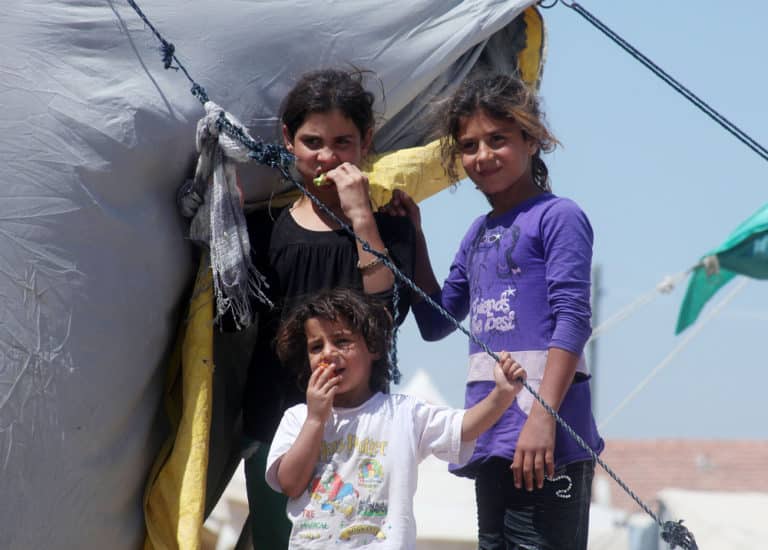 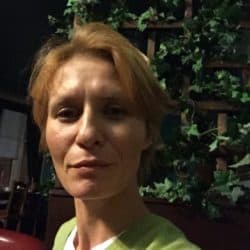 On 1 December the United Nations Population Fund released its 2016 State of the World Population report. The report’s focus is on the well-being of 10-year-old girls as an indicator of development success or failure. The choice of this indicator is not accidental: The Girl Child was one of the 12 critical areas of concern in the Beijing Declaration and Platform for Action in 1995 and is intrinsic to the Sustainable Development Goals, as well as the new 2030 Development Agenda.

According to the United Nations, “The world’s future will be determined by the fate of its 10-year-old girls”, and if Europe is a part of “the world”, so will be the Europe’s future. The question, of course, is whether Europe is willing to recognise this, and, if it is, whether it will extend such recognition to all or only some girls. In particular, will this understanding be applied to what in legal and human rights discourse is referred to as children in migration ?

The global humanitarian crisis we are witnessing today shows a rapid increase in this phenomenon: the conservative estimate is that 50 million children have crossed international borders or have been forcibly displaced. More than half of them – 28 million – have fled violence and insecurity. In 2016 in Europe, children constitute nearly 40% of all the asylum seekers – the number almost equal to the men arriving to Europe and twice as high as women refugees.

These figures, however, are not as accurate as they could be. Notably, the number of females would be much higher, if we disaggregate “children” by sex. That is, if we recognise that the legal line drawn between a kid and an adult at the age of 18, is not the only marker that affects one’s status, rights and obligations. In the case of a woman, another such marker is her sex, on the basis of which her status and rights will be diminished, while her obligations and duties – increased. In some non-European countries this sex-based discrimination is still written into law. In Europe – despite the many legal instruments officially protecting women’s universal rights – this discrimination is still a part of the unwritten social rules and traditions, manifested in high rates of violence against women, low representation of women in STEM, unpaid care labour and the pervasive sexual objectification of women in media. It is these visible problems that make us understand that Europe has still a long way to go to fulfill women’s human rights.

Data collection, on the other hand, is the area we hardly consider when it comes to the discrimination against women. But if the saying we count what we care for is true, then it is also true that we still care little for women. In the statistics, they are often made invisible by the lack of sex-disaggregated data. As a result, much of the analysis and policies that rely on this data, disfavor female sex, while intending to do exactly the opposite.  We seem to care even less so for girls, who are counted as “minors”, and, quite literally, we care not for the migrant and refugee female adolescents, as those are unequivocally brushed under “children in migration” category.

The well-intended definition of a minor, as any human below the age of 18, laid down in the UN Convention of the Rights of the Child, the Geneva Convention and the EU Charter, without a doubt, is crucial for legally protecting children from various violations, including child labour, sexual abuse and denial of education. This definition acquires a special importance when “unaccompanied minors” come into play, as it is them who constitute the most vulnerable group of “risk children”. They are the children who most frequently go missing, become sexually exploited and groomed into criminal activities. The legal provisions locked in the child definition are crucial too, for those kids’ access to family re-unification – this is when they become torn apart from their parents, fleeing conflict and destitution. Once a child turns 18, she is assessed in an “adult framework” which is much less favorable.

There are, however, a number of problems that arise when we stick to the legal terms only. One striking example of such negative repercussions can be observed in the analysis of “missing children” in Europe. According to the EUROPOL data, there are at least 10.000 children missing after they crossed the European borders [1]. At the same time, IOM estimates the ratio between unaccompanied girls and boys refugees is 1 to 10 [2].

These numbers are what we hear from the front-line NGOs – the service providers dealing with refugee children, too. Most of them deal with boys: from facilities that accommodate the minors, to the kids in the camps, to the internal guidelines for work with children – the focus is predominantly on boys and adolescent men.

One way to explain this is, of course, statistically:  there are more boys, so we structure our responses around the needs of the majority. But there is more to this than what meets the eye. The latest UNICEF study reports that girls and boys migrate in equal numbers [3]. This means that migrant and refugee girls disappear in large numbers somewhere along the way, before and after they reach Europe. It also indicates that girl refugees are most vulnerable to abduction, trafficking, labour and sexual exploitation.

It also discloses the uncomfortable reality that in Europe still, as NGO sector and policy-makers, we develop our interventions without accounting for the reality of those who need them most – the phenomenon described by the UN agencies as “Human rights frameworks applied in a manner geared toward the realities of dominant, particularly male, populations”. In practice this means that while we are trying to do justice to children, we often do injustice to girls.

There are, however, ways to help us correct this. Article 4 of the Istanbul Convention – the CoE Convention against Violence against Women and Domestic Violence that is widely recognized as the most comprehensive legal instrument on Violence against Women in Europe  – emphasizes that the definition of “woman” includes girls under 18. There must be a reason why the Convention authors inscribed this definition along with the definition of Violence against Women itself. The reason is simple:  if we truly care for women’s rights and if we share the United Nations mission “Leaving No One Behind”, young females need to be included in all polices aimed at combatting violence against women. In the field of migration too, the CEDAW Recommendation 32, states that gender sensitive measures should apply to all women, regardless of age. Taking a generic approach to “children”, on the other hand, places girls and young adult females at a great disadvantage.

As NGO workers we know too well that there is a critical lack of data on “kids” in migration: this has been the subject of discussion at the recent EASO Forum in Athens, as well as the European Forum on the Rights of the Child in Brussels. And while this is the case, there is even more dire situation when it comes to the data on children disaggregated by sex. The two combined have tragic repercussions for young female refugees.

While it may be appropriate to use a collective term “children” when we speak about little kids, once those kids reach puberty, there is a whole plethora of girl-specific concerns that arise. Most of them are intrinsically linked to the female reproductive biology: as the UN Population Council rightly points out,  when assessing girls’ needs, we need to take into consideration their “shorter biological childhood and the social reality that around 10 their bodies will increasingly be seen as assets that others use for work, sexuality and fertility.” In addition to this and in difference to boys, girls may find it difficult to self-organise, form groups, self-defend; they may be more physically frail, affected by malnutrition; may be victims of FGM and have complex PTSD inflicted by multiple acts of sexualised violence; they may be affected by isolation, cultural taboos, the burden of “honor” and social judgment, all of which makes them much more vulnerable.

It is not surprising then that out of ten girls trying to reach Europe, only one will. The simple reality is that a girl subjected to female genital mutilation cannot ran fast – one of the hidden functions of FGM is to prevent girls’ physical mobility and, thus, to ensure their subordinate position in the material world.

This is why it is not enough to protect children – we need to protect girls too. Unless Europe recognises this and puts in place concrete policies and actions, in line with the 2030 Development Agenda and in line with the Istanbul Convention, in 20 years time we will be facing a situation in which today’s 10 y.o. girls will be 30 y.o. females, whose rights and potentials have never been made known to them. This would mean facing a Europe, which has not progressed, but regressed in its human rights records. That is, if we believe that women and girls, are human.