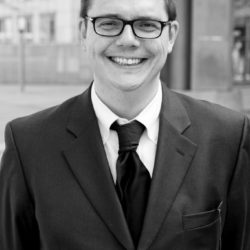 Since the early 1980s, the incomes of the richest individuals and corporate profits have benefited from increasingly favourable statutory tax rates. In addition, legally and/or illegally these incomes and profits are moved offshore to further escape taxation. Solutions to this tax injustice however do exist.

In October 2017, the International Monetary Fund, the most powerful international public financial institution, the central bank of central banks, renowned for its neo-liberal orthodoxy, published a report denouncing the fact that the rich are paying less and less tax, thus causing an increase in inequality.

The growing tax injustice is not limited to the taxation of individuals, it also concerns companies. Over the past 30 years, net profits reported by the world’s biggest companies have more than tripled in real terms, from $2 trillion (€1,5 trillion) in 1980 to $7.2 trillion (€6,3 trillion) in 2013. However, the taxation of corporate profits, the main form of corporate taxation, has followed  a significant downward trend. The global average rate thus fell from over 40% in 1980 to less than 25% in 2015. If the trend continues at the same pace, the global average is expected to reach 0% in 2052.

According to Zucman, 40% of the profits of multinationals are artificially moved to tax havens. This undoubtedly explains the exorbitant profitability rates (calculated as a percentage of the wages) reported by multinational subsidiaries in some countries, which contrasts with the much more normal profit rates recorded by purely national firms.

Table 3: Profitability of foreign firms (subsidiaries of multinationals) and local firms in 2015.

This massive tax optimisation practice has a cost that the IMF estimates at $600 billion per year (including $200 billion (€175 billion) for developing countries) in lost tax revenue.

This tax injustice is one of the driving forces behind the increase in global inequality, as well as one of the results of the increase in more regressive and unfair forms of taxation. Consumers are particularly disadvantaged. VAT – a form of regressive tax because it taxes households on their consumption – favours households that are able to save and invest. With the expansion of VAT, poorer households are disadvantaged because they are forced to spend most of their income on consumption. Over the past 50 years, VAT-charging countries have increased from 10 to 166 (including most developing countries). Average rates in richer countries (OECD) reached a historical high of 19.2% in 2015 (the latest year for which figures are available).

However, solutions do exist.

In terms of the evolution of official rates, there is no magic international solution, it is simply a matter of finding the courage and political determination to demand a more progressive tax system.

As for the massive use of tax havens by wealthier people to avoid taxes, the aim is to continue building the global network for the automatic exchange of information initiated by the OECD. Considering, however, that major tax evaders now systematically pass through trusts and shell companies, progress must also be made towards a global register of financial assets, which can be modelled on the public register of companies’ beneficial owners set up by the European Union’s anti-money laundering legislation.

By contrast, the OECD’s works on corporate tax optimisation (the Base Erosion and Profit Shifting Project BEPS plan) has produced very limited results, as the IMF observes: “the space in which to shift profits remains substantial, and unlikely to decrease”.

It is therefore urgent to trigger a Copernican revolution in the taxation of multinationals. In the alternative “unitary taxation” model, the tax starting point is the consolidated profit of the entire group, which is much more difficult to manipulate than the profits declared by the subsidiaries. This then has to be distributed as a taxable base between the various countries of establishment, on the basis of objective factors such as sales volumes and the number of employees.

In the United States, for example, the taxation of corporate profits by the federal  states does not depend on the profits reported by subsidiaries located in the state in question, but on the distribution of the group’s profits throughout the country and sometimes even around the world. This is called “unitary taxation”.

Arguing a risk of double taxation, several American companies tried to challenge this unitary taxation in court and replace it with the taxation of separate entities (the system in force in Europe and the rest of the world). But the Supreme Court consistently rejected their arguments, on the grounds that the system of separate entities was too “subject to manipulation” and unable to accurately represent “the numerous, subtle and largely non-measurable transfers of values that take place between the components of a single company”.

On 25 October 2016, the European Commission proposed “a major reform of corporate tax in the Union“. This is a package of proposals, the key element of which is the CCCTB (Common Consolidated Corporate Tax Base). Mandatory for all companies with a consolidated turnover of more than €750 million and optional for others, this new regime would lead to a real unitary taxation of multinationals in Europe.

This is a reform that must be achieved in Europe and throughout the world.