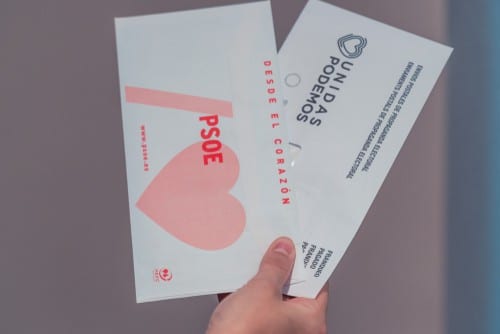 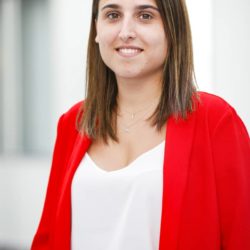 If the preliminary agreement announced by Pedro Sánchez and Pablo Iglesias is confirmed and obtains the necessary support in parliament, Spain will have a progressive government. A good news both for Europe and the Spanish Millennials.

The results of the fourth election in 4 years in Spain have left us with a bittersweet feeling. PSOE has won the elections again, being the party with the most votes and seats in parliament, 31 more than the second party, Partido Popular. Moreover, right-wing parties still have a minority of the seats in parliament; progressive forces, although fragmented, hold a majority, and it seems that this time it will be possible to form a coalition government between PSOE and Unidas Podemos.

However, these elections have also brought mainly three pieces of bad news. First, turnout has decreased, being the second lowest in our 40-year democratic history. This was somehow predictable due to the demobilisation of disappointed voters for the failure of political parties to reach a deal after the April elections. Another bitter point is that PSOE has not accomplished its goal of increasing its strength in parliament. Finally, the most negative aspect of these elections is, undeniably, the surge of the far right Vox. Spain is no longer an exception in Europe; the 15% of support obtained by Vox is similar to the figures of Germany’s Alternative für Deutschland, Italy’s Lega, or France’s Rassemblement National.

Nevertheless, we can be very hopeful with the new distribution of forces in parliament. The deal between PSOE and Unidas Podemos that had been impossible to close last summer, appears to have become possible now. Both parties feel the responsibility to overcome their differences and build the only possible government with the support of other minority forces. It is of foremost importance to achieve this goal if we want to resist to the rise of the extreme right and its toxic rhetoric with progressive policies that regain citizens’ confidence in politics.

If the preliminary agreement announced by acting Prime Minister Pedro Sánchez and Unidas Podemos’ secretary general Pablo Iglesias materializes itself and obtains the necessary support in parliament, we will have a progressive government in Spain. And if the members of the Executive behave with the necessary loyalty amongst them and have the capacity for dialogue with the multiple parties represented in parliament, it is possible that this will be a stable government.

A very good news for the European Union

Furthermore, a coalition government between PSOE and Podemos will be a clearly pro-EU member in a critical moment for the Union: the new Commission presided by Ursula Von der Leyen is yet to be approved, the Multi-Anual Financial Framework for the period 2021-2027 will be negotiated in the coming months, and Brexit will presumably take place at the beginning of 2020. Moreover, Spain will have a new opportunity to approve a new budget that complies with Brussels’ fiscal requirements and, at the same time, boosts social policies. The role of Nadia Calviño, the current acting Minister of Economy, will be key in matching these two budgetary goals.

“Today, it is very difficult for young Spaniards to plan freely and autonomously their lives in their own country”

Precisely a good economic policy, aligned with the Eurogroup and the EU and with a very social focus is what I believe this new government led by PSOE would be able to deliver. And this is critical to address the many obstacles the Spanish youth are finding to start planning a prosperous future. Today, it is very difficult for young Spaniards to plan freely and autonomously their lives in their own country. Salaries are too low in comparison with housing prices, which makes emancipation impossible for many. Also, to get a quality job that requires superior studies, one will most probably have to stay a too long period of time as an intern. These precarious situations make many young people live with and remain dependent on their parents until a quite advanced age. Many end up working in sectors that are foreign to them in professional sense, having studied for a different degree. All because their parents cannot afford keep helping them and they themselves cannot make the ends meet. Many others still decide to move abroad, seeking of better working and living conditions in other places.

“PSOE has been acting for youth consequently since June 2018, with the launching of the Plan de Empleo Joven and the Plan Retorno“

The Great Recession hit hard on the Spanish youth and the austerity policies carried on by Mariano Rajoy’s government exacerbated the vulnerability of different sectors and different groups within the Spanish society. Contrary to that, PSOE and other left-wing parties understand it very clear that the youth is not the future when it comes to politics and policy –  they are the presence and need to be offered security and opportunities here and now. Without stabilising the situation at hand, young people will never have a chance for a prosperous future, and by extension neither will the Spanish economy have. PSOE has demonstrated this take on the affairs in just few months it has been in power. It has been acting for youth consequently since June 2018, with the launching of the Plan de Empleo Joven (Youth Employment Plan), which allocates 2.237M€ to offer first job opportunities, and the Plan Retorno (Return Plan), with 23M€ aimed at attracting the 24.000 young people who are living abroad.

If the new government is formed (and hopefully will), one of its main goals will be to reach consensus for a new grand deal on the education system, based on the principles of equity, inclusion and quality. The reform should ensure a higher percentage for education in terms of the expenses from the national budget (5% of GDP) and it should enshrine a gender perspective. In order to address the situation with interns, the government should pass an Intern Statute that makes all internships paid and establishes a maximum percentage of intern workers in companies. Also, to solve the detachment between salaries and housing prices, the central government should boost the aid for rent paymentsfor young people that are already giving some regional governments. To that end, the Minimum Salary should be raised again.

The fact that all these policies dedicated to youth could be possible soon is, from my point of view, the single most important aspect in analysing the results of the elections. We have to admit that the rise of the extreme right is a setback and we will have to put big efforts to avoid that they keep contaminating the public debate. Progressives will have to fight the battle of ideas and convince all citizens about the primacy and indispensability of the democratic values, among which at centre should be equality, inclusion and respect among all identities. But the positive side is that if we are in government and this government is stable, we will have a big advantage because we will be able to support our ideas with tangible delivery through actual progressive policies.