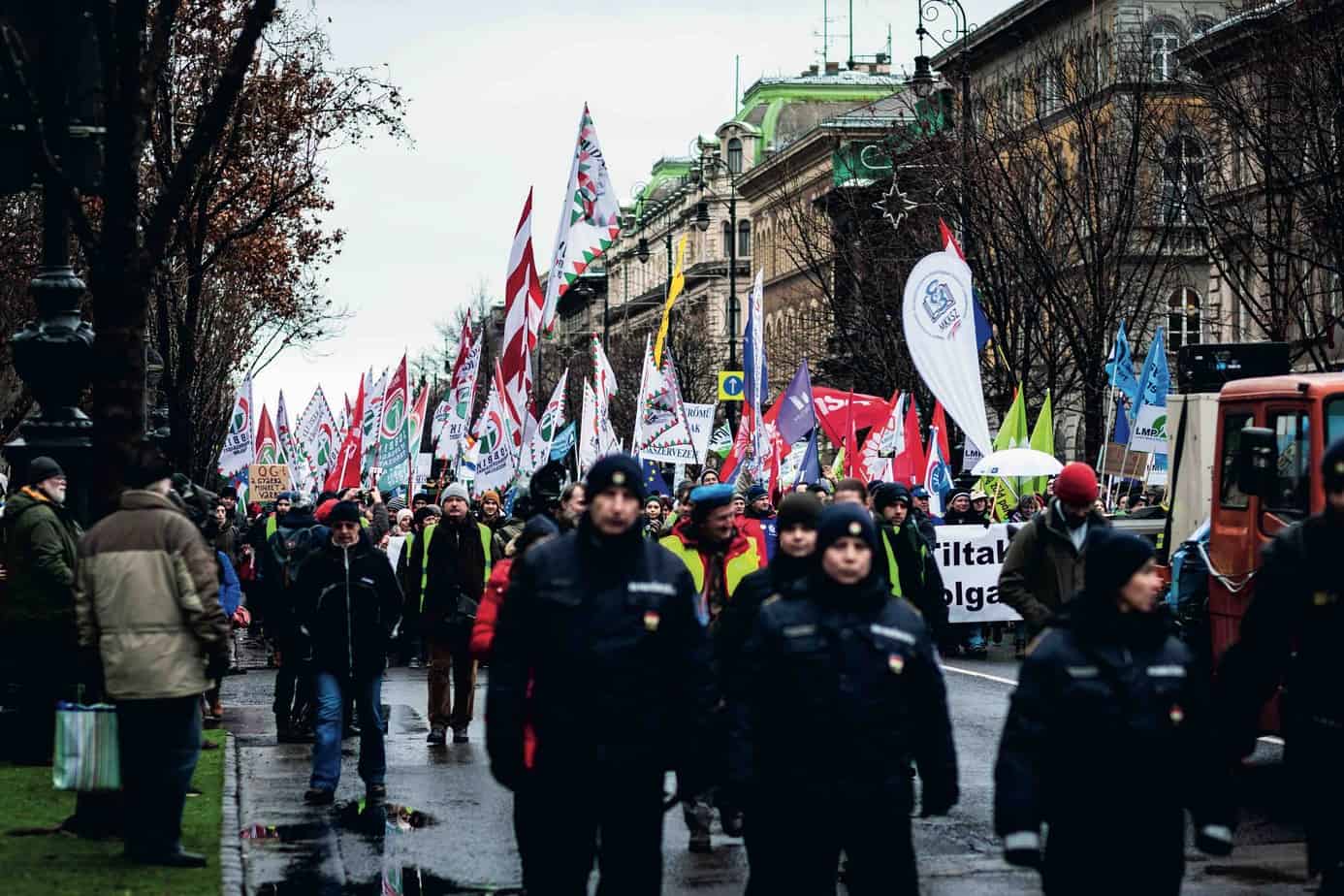 by Péter Niedermüller
Member of the European Parliament

In 1989, Hungarians saw democracy as an enormous hope for an open and free society. 30 years on, Hungary is an officially ‘illiberal state’ based on nationalism, corruption. The opposition is fragmented, the society is divided along political, economic and geographic lines. The progressive left doesn’t have answers.

The symbolic event of the regime change in Hungary was the re-burial on 16 June 1989 of Imre Nagy, the former Prime Minister executed after the failure of the 1956 revolution. The most memorable speech amongst many was by a 26-year-old man who openly demanded the withdrawal of the Soviet troops from Hungary and had some tough words against the communist oppression. This young man was Viktor Orbán. The same Viktor Orbán today is the best-known figure of the European far right, the closest ally of Putin, the one who openly declared Hungary an illiberal democracy, called for defending Christian Europe, continuously attacks the European Union, conducts nationalist fear and hate mongering politics and does not shy away from using racist anti-Semitic tropes and if necessary even talks about “the great replacement”. In the past couple of years there has not been a politician in Europe who has changed his political views as substantially as he has in such a short time. And there is no other country that would have followed its leader through it so peacefully; Orbán has won three elections since 2010 and today still has a two-thirds majority in the Hungarian Parliament. The recent European elections brought his party another 51% win.

In the almost 30 years since 1989, Hungarian society and politics have been unable to create a strong understanding and consensus on the vision for the future of the country, the requirements of democracy and common values. No vision of fundamental values on which to build the political system that would have framed the development of Hungary has been shared by a majority of Hungarians.

After the 2002 elections, Viktor Orbán said in a speech that ‘the country cannot be in opposition’. With ‘the country’, he meant himself and his supporters.

Right-wing parties took to flirting with nationalism, mythologising the national past, and the wish to rewrite history. The Socialist Party had accepted early on the basic principles of liberal democracy but was unable to face its own past, and to develop a new narrative. In addition, increasing social inequalities have accentuated the divisions in Hungarian society.

This polarisation became more dramatic in 2002: After the first round of the then still two-round elections there was a 1% difference between the governing Fidesz party and the opposition Socialist Party. Viktor Orbán held a speech that represented a deep change in quality, tone and message. He consciously turned to far-right voters, accused his left-wing opponents of treason and raised the possibility that if Fidesz loses the election, his supporters would take to the streets. After he lost the elections, he announced at a congress ‘the country cannot be in opposition’. With ‘the country’ he of course meant himself and his supporters, excluding all other political forces from the concept of nation.

The next tragic manifestation of the political and cultural division of society happened during the autumn of 2006, when demonstrations against the government turned violent. The right wing declared the police reaction a sign of a political dictatorship of the ruling socialist party and an attack against ‘the nation’. From these events there was no turning back; the tribal separation of Hungarian society became a fact.

Today, the governing right-wing party and the democratic opposition do not consider each other political opponents, but enemies.

The division of society has another dimension as well. The political regime change went hand in hand with the rise of capitalism and globalisation, that resulted in substantial changes in society. Privatisation, the re-organisation of agriculture, the decreasing industrial production and the increasing share of the service economy resulted in often serious existential insecurity in wide strata of society. There were groups that could adapt to the changes. For them it sometimes resulted in better material opportunities and quality of life. Other societal groups did not possess the skills and ability to cope with the ‘brave new world’ and their circumstances substantially worsened. Society split along economical lines too. And the split also became geographical: the under-educated, impoverished and vulnerable ‘losers’ were living in the countryside, the highly educated ‘winners’ in the cities. The middle class slowly disappeared.

The populist illiberal government benefits massively from this polarisation. The impoverished and those threatened by poverty, people on the periphery strive to conserve at least their current positions, trying to avoid sliding further down and for this are willing to bend to the powers that be, even if they are dissatisfied with their lives.

According to recent research, a significant part of the upper-middle class accepts what has come close to dictatorship because this loyalty secures their material well-being. This political and social attitude characterised deeply the Hungarian society under socialism. This heritage of socialism is an important part of the politics of the current Hungarian government. The most secure foundation of Viktor Orbán’s power is this societal polarisation and the fact that the left-wing opposition has not found the answer to resolve this political and social situation.

As long as this answer, this alternative is not found, the political situation in Hungary will not change.