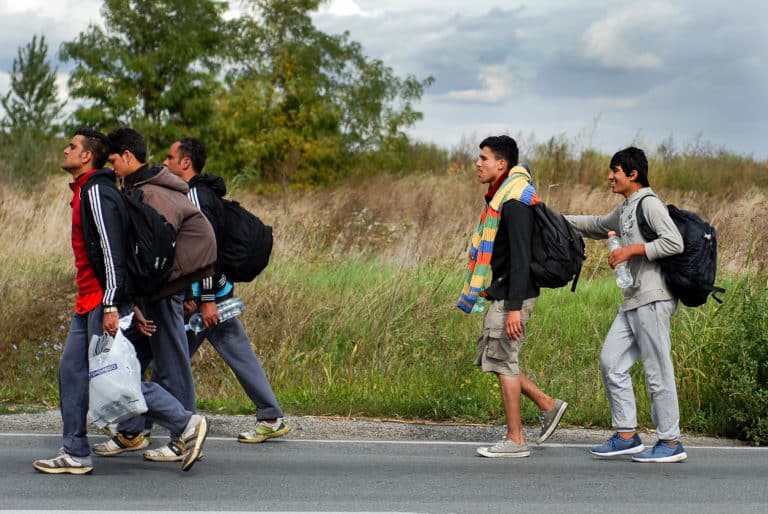 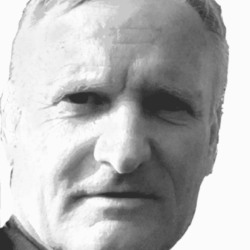 by Sönke Schmidt
Member of the Scientific Council

In the federal election of 2017, German citizens refused in numbers to follow the governmental narrative of the need to open up EU and German borders to refugees. While an open migration policy was officially maintained, radical populism with xenophobic undertones becomes a constant pattern of domestic politics and electoral campaigning. For the first time, the post war political culture seemed at stake.

Historically, the German policy response to migration was mostly to look away. In the late 50s, labour recruitment from Europe and beyond became an established Government policy to cope with labour demand. Gastarbeiter – “Guest workers”, as they were called – were recruited under the assumption that they would return after a period of time – which many did not. The economic crises of the 70s reduced the inflow of immigrants.

The 1980s saw a rise in asylum seekers under the Geneva Refugee Convention, but economically-motivated migration in disguise increased at the same time. It suited the economy and once narrative.
The situation changed in the 90s, notably with a marked surge of refugees from the Balkan wars. In a nutshell, unemployment rose considerably as a consequence of economic productivity gains, German unification, globalisation and increased competition between EU Member States for investments. When immigration continued despite high unemployment rates, the over-simplistic Gastarbeiter narrative did not work anymore. However, rather than addressing the new situation head-on, the EU entered the standard setting arena under its evolving competencies in the field of justice and home affairs. Protecting the free movement of persons inside the EU and at its external borders became an EU priority, whereas domestically, the migration challenge became an issue over which politicians could fall but not prosper.

The gap between reality on the ground and policy response grew wider. Since the turn of the millennium, Germany synchronised its migration and asylum policy increasingly with EU developments, hiding domestic policy decisions on these issues more and more behind EU directives and regulations.
Today, the OECD considers that Germany has become one of the most liberal countries in terms of labour migration policy, despite its relatively narrow focus on specific job profiles in demand. In parallel, the overwhelming majority of political parties are still struggling to face that Germany has become a multi-ethnic immigration country.

Against this background, some German parties started to turn xenophobic and anti-EU , prospering on the collective policy taboo that had developed over the years: the origins that triggered the strengthening of the radical right-wing party „Alternative für Deutschland“ (AfD) today. When Angela Merkel spontaneously opened the German borders to the refugees from Syria and other countries, without a plan on how to handle this influx politically and administratively, it sent shockwaves, faultlines inside the EU and within Germany broke up.

The Party’s recently adopted 5-point plan sets important goals, notably by outlining the need for a comprehensive immigration law that also includes refugees, against the backdrop of a marked demographic decline in the years to come.

The Left in Germany was part and parcel of the evolving policy gap. A low profile on migration policy allowed for short-term flexibility in electoral campaigns, but worked to the detriment of longer-term party interests, and missed out on the political obligation of explaining and promoting the understanding for a complex policy topic close to the minds, hearts and worries of most citizens.

A fragmented Left is struggling today with its mainstream clientele in all three progressive parties: “Die Linke” adopts a clear-cut, though internally contested approach exposing xenophobia as the wrong conflict which risks overshadowing the underlying contentious issue of wealth and income polarisation. They now risk to lose xenophobic voters, and those who favour a controlled, pro-actively governed and orderly migration policy.
The SPD finds itself between a rock and a hard place. The Party’s recently adopted 5-point plan sets important goals, notably by outlining the need for a comprehensive immigration law that also includes refugees, against the backdrop of a marked demographic decline in the years to come. However, it also plays these orientations down, in part driven by the need to compromise with right wing coalition partners, but also by fears to lose anti-migration SPD voters. In consequence, SPD now risks to lose voters on the right and left of the political spectrum.

The Green Party in turn promotes a clear-cut migration and asylum policy, based on a comprehensive immigration law that addresses labour migration, asylum and population policy. They speak out for the respect of the Geneva Refugee Convention, reject an annual cap on asylum seekers as unlawful and maintain their support to the German “welcome culture” of the years 2015/16, while promoting fast and fair asylum procedures.

Another positive aspect of the current crisis is that most Germans understood that domestic and EU policy agendas are intrinsically intertwined, for good reason.

This leaves the SPD in competition with two smaller progressive parties with clear-cut programmatic approaches, and squeezed at the same time between progressive and xenophobic approaches.Alongside its main coalition partner, the CDU, it tied itself to a shrinking political centre, counting on voters to honour the art of the possible and day-to-day pragmatism over political visions.

On the positive side, there is now full awareness of the need to deliver on a topic that drives the political agenda in Germany today.
Another positive aspect of the current crisis is that most Germans understood that domestic and EU policy agendas are intrinsically intertwined, for good reason. This collective learning process is important in the fight to stem the tide of ethnocentrism and isolationism. It also provides a challenge and opportunity for all political parties to consider future national, European and global governance issues in a comprehensive way.
Third, the current negotiations on the EU’s Multiannual Financial Framework 2021 – 2027 may allow the support of reasonable migration and integration policies that also address questions related to social cohesion, welcome cultures and absorptive capacities at local levels.

Fourth, a coordinated macroeconomic approach, which considers the extent and structure of migration at the same time as issues such as the promotion of technological productivity gains; education and training; active labour market policies to mobilise the potential of the un- or underemployed; retirement age and other variables influencing labour supply and demand, is more needed than ever.

The scope and targeting of migration will be very important for the future legitimacy of managed migration, alongside a humane asylum and refugee policy which indeed serves those in need.
Scoping an up-to-date and realistic progressive narrative remains a challenge.