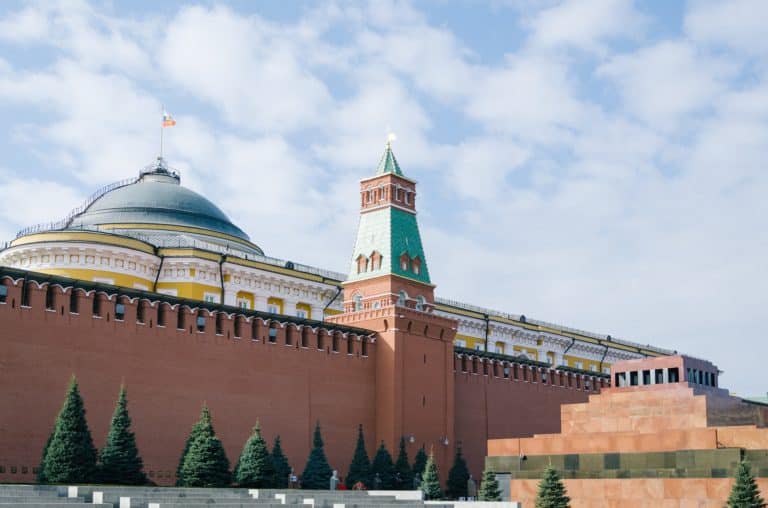 Russia is back. What appears as a smart combination of diplomatic skills, traditional military hard power and the massive deployment of cyber technology has brought Russia back to the centre stage of global politics. Russia’s military intervention in Ukraine and in Syria has created only limited diplomatic backlash. Moscow is still on relatively good terms with most major powers, also in the Middle East, including mutual enemies as Israel, Iran and Saudi-Arabia. Meanwhile the Putin leadership seems to have struck a chord with Europe’s rising forces of populism, undermining the punitive strategy of political isolation by Europe’s incumbent leaderships. And finally, and perhaps most ominously, the Russian regime seems to be fighting an outright cyber-war against the institutions of democracy in the West. From a Western perspective, Russia behaves like the ultimate spoiler state. But how influential is the country really? Is the global presence that Russia projects based on real-power resources or on a prevalent image of power and influence wide beyond its own capabilities?

The 59 Tomahawk cruise missiles that the US navy fired straight into a Syrian air base last week had an immediate impact on Russia’s international position. One does not need to be a hardened realist or an all-weather Trump supporter to accept that Moscow’s ambition to keep the United States away from the diplomatic negotiations on the future of Syria has failed. Washington has bombed itself back into the Syrian crisis. It also indicates how crucially important hard power still is in today’s global politics. Not hard power per se, but the credible political willingness and capacity to use it. We learned this lesson before, in 2014, when Russia invaded Ukraine, annexed the Crimea and clandestinely supported separatists in the country’s eastern provinces. Russia is a middle power, with a GDP less than one-tenth of the United States, and considerably smaller than Germany, France, the UK, or Italy. Russia’s military budget is not much larger than the 54 billion USD increase that the Trump administration announced for the next fiscal year. In other words, when Putin decided to intervene in Ukraine (or a year later and under different circumstances, in Syria), his political calculus was not based on objective power resources, but on the anticipated political reluctance of Western leaders to respond with adequately forceful means. This goes for traditional hard power as much as it applies to dark variants as Russian soft power, including the issues that are much-debated in Europe today: Russia’s warm relations with populist parties and its attempts, through misinformation and fake news, to influence political developments in individual countries.

Russia appears to be on friendly terms with most of Europe’s populist parties, of the left-wing and the right-wing variant. Many populist parties (FN, PVV, FPÖ, AfD, Fidesz and others) share aspects of Putin’s conservative, anti-liberal, and nationalist world outlook. Moreover, Moscow and these parties share a set of international political priorities (resisting Islamic fundamentalism, liberal internationalism and interventionism, regional and global economic integration), which yields profits for both sides. Most populist parties oppose the sanctions against Russia and they are fundamentally critical about deepening European cooperation with former Soviet republics, Ukraine in particular. Some parties sent representatives to observe the referendum about the future of the Crimea, thereby legitimising, as Russia presented it, the annexation of the Ukrainian peninsula. In return Russia supports these parties politically and financially, although I am not aware of any significant help beside the 9.46 million euros that the now bankrupt First Czech-Russian National Bank lent to the Front National.

The real issue is not the love affair between Russia and these parties, but the extent to which Russia can influence the political direction of European countries, including the EU perhaps, through these parties. This is still limited, but not unimportant. Not all populist parties are equally enthusiastic about Russia; not all populist parties are suspicious of the USA and not all populist parties share Putin’s conservative agenda. The only issue all populist parties share with the Putin leadership is a (strong) sense of nationalism and of euroscepticism. And this is one of the major reasons why Putin supports these parties: to add weight to its divide-and-rule strategy towards the European Union. Now Europe has routinely been divided on Russia and it is understandable that Russia would rather deal with member states separately than with the Union as a whole, but this political flirting adds a nasty internal dimension to EU-Russia relations, which is essentially beyond the control of Europe’s political mainstream.

Another issue which attracts a lot of attention is Russia’s cyber warfare, i.e. the totality of Russian efforts to interfere, influence, mislead, misinform, and falsify information for political purposes. Russia has a long record of suspected cyber attacks on foreign targets. Internet trolls, internet bots, fake websites, ‘troll farms’, hackers with fancy names as ‘Cozy Bear’ (linked with the FSB) and ‘Fancy Bear’ (linked with military intelligence)— Russia hardly tries to hide its subversive activities. German intelligence estimates that Russian institutions employ about 4,000 of these cyber agents, the USA approximately 6,000. Additionally, the Russian authorities claim that in 2016 they spend 1.25 billion USD on its foreign information strategy.

These are not impressive figures. They seem to fit a pattern though. Cyber activities, alliances with dubious political parties, but also more traditional elements of what has become known as Russia’s hybrid warfare against the West are especially meant to project an image of power and influence. If Russia cannot bolster its own power it can certainly try to undermine the self-confidence of other powers. A US intelligence officer remarked on Russia’s cyber warfare: ‘It’s not that the Russians are doing something others can’t do. It’s that Russian hackers are willing to go there, to experiment and carry out attacks that other countries would back away from.’ What goes for hackers who serve Russian foreign policy ambitions also goes for Russian foreign policy in general, especially in its own geopolitical environment. One of Russia’s major power resources is a lack of political scruples in combination with a disregard for international norms, rules and regulations. And a country that doesn’t play by the rules, especially a big country, can get pretty far. Our response to Russia’s subversive actions is simple in principle, but complex in practice: be tough. I do not argue that Russians only understand the language of force; but I do claim that they appreciate the language of clarity, backed by strength.