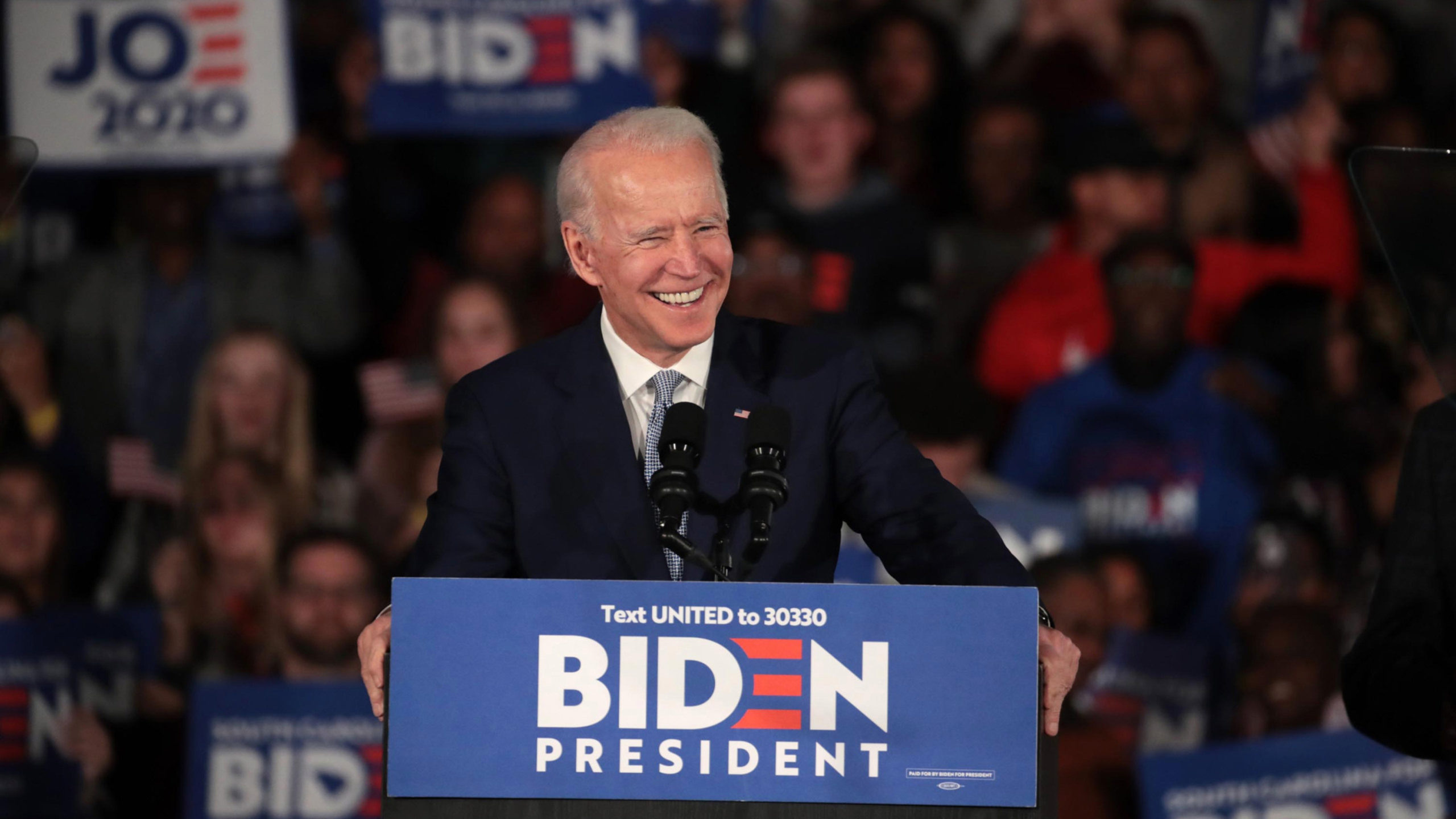 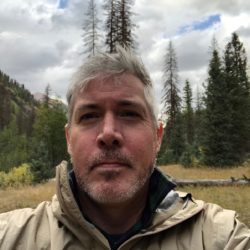 by John Halpin
Senior fellow and co-director of politics and elections at the Center for American Progress, a progressive think tank based in Washington D.C.

Joe Biden and American voters decisively defeat Donald Trump by focusing on character and a vision of post-Covid national renewal grounded on pragmatic policies for jobs, growth, and economic security for all people.

With the results now called in several key battleground states, the Democratic ticket of Joe Biden and Kamala Harris decisively won the 2020 US elections in a clear repudiation of the authoritarian populist era of Donald Trump. Earning the most votes of any candidates in US history (currently near 75 million and rising for a clear national popular vote majority) and a likely 306 vote Electoral College majority, Biden and Harris successfully flipped the old ‘Blue Wall’ states of Pennsylvania, Michigan, and Wisconsin and look on track to turn the Sunbelt states of both Arizona and Georgia. Donald Trump is the first incumbent president to lose his re-election in more than a quarter-century and becomes only the 10th president in US history to fail to gain an additional term.

In an election dominated by Trump’s erratic nature and gross incompetence in handling the national response to the Covid-19 pandemic, American voters across the spectrum responded to Joe Biden’s call to ‘restore the soul of the nation’ and ‘Build Back Better’ with a focus on controlling the twin public health and economic crises facing the country.

Trump ran one of the most divisive and puzzling campaigns in recent cycles, purposefully choosing to antagonise large swaths of Americans and failing to reach out beyond his base to bring in new voters. Now a one-term loser refusing to concede to reality, he disgracefully threatens to overturn the election through the courts with baseless cries about widespread fraud and a “stolen election”. The conspiracies and vitriol of Trump and his right-wing media enablers will not go quietly into the night. But thankfully, American democracy weathered the four-year assault on its institutions and norms and now Biden has a clear mandate to repair the damage wrought by Trump and move forward to a stronger position in the future.

While analysts are still dissecting the election results with less than ideal data at this stage, a few things can be said about what happened and why it happened.

Character still matters in American politics. At the start of the Democratic primaries, Biden’s rivals dismissed him as a washed-up establishment figure who did not understand the country and its supposed desire for far-reaching structural transformation. Donald Trump nicknamed him “Sleepy Joe” and arrogantly dismissed him as an unworthy rival. Biden came in third in the Iowa caucuses with a meagre 15 percent of the vote and then crashed in New Hampshire and Nevada. Biden’s fortunes were resurrected in South Carolina where he won a strong victory with overwhelming support from more moderate and conservative African American voters. From there, Biden rolled to a clear frontrunner position and united his party as the country began to deal with the coronavirus pandemic and Trump’s flailed response.

Throughout it all, Biden insisted that character was on the ballot in 2020: the good, decent, empathetic character of the American people who remain capable of working together to make the country stronger versus Trump’s immoral, extremist character and his corrupt governance.

The sophisticated pundits called this approach hokey, but it worked. Americans still believe in personal character and rewarded the candidate who best embodied decency, compassion, and a genuine patriotism focused on the common good of all Americans.

Pragmatic progressive policies and values won the day over impractical leftist ones. Biden correctly understood that American voters wanted a clear break from Trump without desiring a full-scale leftist revolution. Biden’s approach was smart and more closely aligned with the desires of voters than the ideas of his main primary rivals or Trump.

Biden sought to protect the Affordable Care Act (ACA) and expand health care with a public option without going to a full single-payer model preferred by the left, or worse, attacking the ACA as Trump and Republicans sought to do. Biden proposed ideas to fight climate change with clean energy investments and international action without radical disruptions to the economy set out in the left’s Green New Deal or acquiescing to the climate denialism of the president and his party. Biden committed to racial equality in criminal justice, housing, and employment without agreeing to the unpopular ‘defund the police’ position of left-wing activists or denying that America had any issues with racism as Trump and Republicans argued.

Above all, Biden won by stressing the basics of any smart centre-left politics: jobs, economic security, investments in health care and education, and equal treatment for all people.

A big tent strategy is critical for success but requires constant tending. Preliminary examinations of the data show the basic ingredients of the Biden coalition. To successfully rebuild the Blue Wall and expand into emerging battlegrounds like Arizona and Georgia, Biden was able to considerably cut Democratic margins with Trump’s non-college educated white base; solidify Democratic gains among college-educated whites and suburban voters, and ensure a high turnout and strong support rates from black voters (along with bringing out some newer voters in these communities).

Although Biden did not fully rebuild the Obama coalition demographically or geographically, he successfully pulled together combinations of voters from each of these groups state-by-state. But as the overall closeness of the election in the Electoral College shows – plus the relatively poor showing of House and Senate Democrats in the elections and the clear erosion of Hispanic margins in states like Florida and Texas – this is a tenuous coalition.

In the absence of Trump as a unifying foil, and with critical midterms just two-years away and the House majority on the line, Biden and the Democrats will need to be rigorous in promoting ideas and policies that are broadly popular and focus on basic economic needs while avoiding cultural battles and other distractions that easily fracture voting coalitions.

Inclusive nationalism is the way forward for centre-left parties. The overall lesson from the 2020 US elections is instructive for parties in other countries: a vision of inclusive nationalism – focused on the well-being of all people and national economic development coupled with new forms of international cooperation on challenges like pandemics, climate, and inequality – can successfully beat back authoritarian populism and chart a viable path forward for building more stable political coalitions in a world of increasingly divisive and disunited politics.

Joe Biden and the American people have taken a critical first step in saving American democracy by defeating Donald Trump. Now they must focus wisely on the ideas and policies best able to rebuild America’s economy and middle class while charting a more cohesive path for global stability in concert with our close democratic allies in Europe and around the world.

Related articles:
The dangers for democracy from America’s populist drift, by Vivien A. Schmidt.
Trump is gone and Trumpism is here to stay, by Rick Smith.
Time for Democrats to join forces across the Atlantic, by Knut Dethlefsen.
Trumpism is here to stay, by Dimitris Tsarouhas.
The cultural politics defining the 2020 election, by Michael Kennedy.
Young voters and the 2020 election, by Layla Zaidane. Elections in the United States: their meaning and impact on Latin America, by José Moreno Santos.