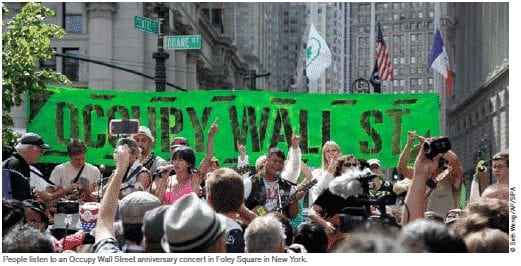 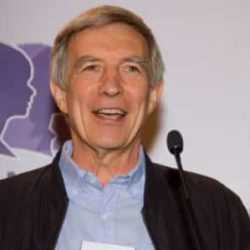 The chronic stress of competition for social status and rank is taking a toll on people’s health in developed societies. The more hierarchically a society is organised, the more stressful social contact becomes. Hundreds of studies show the powerful impact of social relationships on health.

Inequality is bad for people’s health. Everybody’s health. It’s in this straightforward sentence, a bit summed up, it is true, that you can express what inequality does to people in developed rich societies.

Instinctively, most of us know very well how inequality can feel and I think there are some deep evolutionary roots to this sensitivity. In animals you can see how important social rank is: for access to scarce resources or reproductive opportunities – that’s why humans have evolved such a high sensitivity to social hierarchy.

That doesn’t mean we always have to live in hierarchy. Our historical ancestors of hunters and gatherers seem to have been extremely egalitarian and it’s only since the beginning of agriculture that humans have been hierarchical. Yet, in any species there is the potential for terrible conflict because we all have the same needs. We can fight for everything: food, clothes, jobs, housing, sexual partners or – in the case of animals – nesting sites. But we as humans also have the opposite potential: We can be great at cooperating, learning, loving and assisting. Which means that other people can be the worst threat and the best kind of assistance to us. And we found that it is this quality of social relationships in a society that have the most important impact on health, because hierarchical relationships are a constant source of stress.

Quality of social relations correlates to quality of health

So when we say that inequality in a society affects people’s health, it’s not at all about absolute living standards. It’s about where you come in the social hierarchy. The crucial role of dominance and subordination is evident in everyday life. People can get very angry when they feel disrespected or put down or treated as of less value than somebody else. For our book “The Spirit Level” we went through hundreds of studies that show the strong correlation between the quality of human relations and health. Almost any measure of social involvement, whether it’s the quality of your relationships, the number of friends you have, whether you’re married or single, whether you’re involved in community life – all those things are very protective of health.

This goes not only for all those big observational studies, it also turns up in experimental work. In one study, for instance, people were given nasal drops with cold viruses in it. Those who had fewer friends were much more likely to catch a cold from that same measured exposure than people with more friends. Another example is little puncture wounds made on participants’ arms: those who had a bad relationship with their partner healed more slowly.

A big meta-analysis that combined results from 150 studies on friendship and health actually concluded that whether or not you have friends is more important than whether or not you smoke to your survival in a follow-up period. The biological effects of social relations through chronic stress are extremely powerful. Chronic stress really looks like more rapid ageing. We become vulnerable to a whole range of illnesses and diseases if stressed in the long term.

And it’s not just the direct biological effects of chronic stress. It’s obvious that, if you are stressed, you eat for comfort, oftentimes food that is not good for you; you’re more likely to smoke, you’re more likely to drink or you’ll use drugs to deal with the anxiety. It’s very clear that a lot of drugs, particularly alcohol, probably cannabis, are used to ease social contact. Because in a more hierarchical society where some people are very important and other people seem to be worth almost nothing, everybody is much more worried about how they are seen and judged. Social evaluation anxieties – lack of confidence, low self esteem, worries what other people might think of you – become more important. As a consequence, community life weakens; people withdraw from social life because social contact has become so stressful.

With these effects of social relationships on human health in mind we can look at the outcomes in more or less equal societies. To measure inequality in societies we had to use data on income distribution for reasons of comparability. Wealth distribution is difficult to compare because there are too few defined standards – the question whether pensions rights or houses should be included for example. But income distribution is well documented and we ended up comparing something like 23 countries of the developed world.

When you look at objective health data you find that inequality in a society correlates with a lower life expectancy. The USA, one of the richest countries in the world, is one of the worst in terms of life expectancy in the developed world. Japan, on of the most equal societies is number one. For criteria like teenage pregnancies, child literacy, mental illness (which includes alcohol and drug addiction) or prison population, there is no correlation with the overall wealth of a country, but there is one with its level of inequality.

Looking at self reported health also yields interesting results: in very unequal societies, people tend to “talk themselves up”. For an American to say they are not happy is an admission of defeat or failure. For a Japanese person to say that they are happy would sound like bragging.

Self-enhancement as a response to social evaluation anxiety

One rather recent study looked into something called “self-enhancement”, which really means ceasing to be modest about your abilities and achievements. It’s an international study done by an international team of psychologists. The participants were asked to compare themselves with the average in their country: Are you more attractive than most people in your country? Are you more generous? Are you a better driver? Are you more intelligent? It turned out that people in more unequal countries rate themselves higher. This kind of self-advertisement seems to be a response to that worry about how you are seen and judged.

Now the developed societies have not always been as unequal as they are today. There was a peak of inequality around 1930 and from then on it diminished for several decades until it flattened out in the 1970s. And then, in the 1980s, you get the modern rise in inequality. It started with Reagan and Thatcher from 1980 onwards, income differences widened first in the English speaking countries and then spread to the European countries. And there is a clear correlation with the strengthening and weakening of the labour and social democratic movement, as well as the strengthening and weakening of the fear of communism. I think that capitalism needs a very powerful countervailing voice in its societies and I think that strong unions and labour movements were the most important driver in the changes of inequalities in the 20th century.

Shown in a graph, you can see that, as trade unions get stronger inequality comes down, when trade unions start to weaken, inequality goes up. You see that in one country after another. It’s not necessarily the trade unions themselves – even though they certainly do great things for their members – but they are an indication of that countervailing voice in a country. And of course when that countervailing voice is just about gone you get the rise of neoliberal economics. And there is no opposition to it, at least no coherent or developed opposition.

What can be done to overcome inequalities? We must deal with tax havens and tax avoidance, we must democratise the economy with more employee representatives on boards of companies, with employee-owned companies and cooperatives. And the Left has to form a new long-term perspective of the kind of societies we want and how we combine that with moving towards sustainability. Socialist ideologies were powerful and inspiring people because they had a different long-term objective. They seemed to suggest that the world could be better for all of us. We have to rebuild a picture of that kind, but a different picture, of economic democracy, sustainability and greater equality.