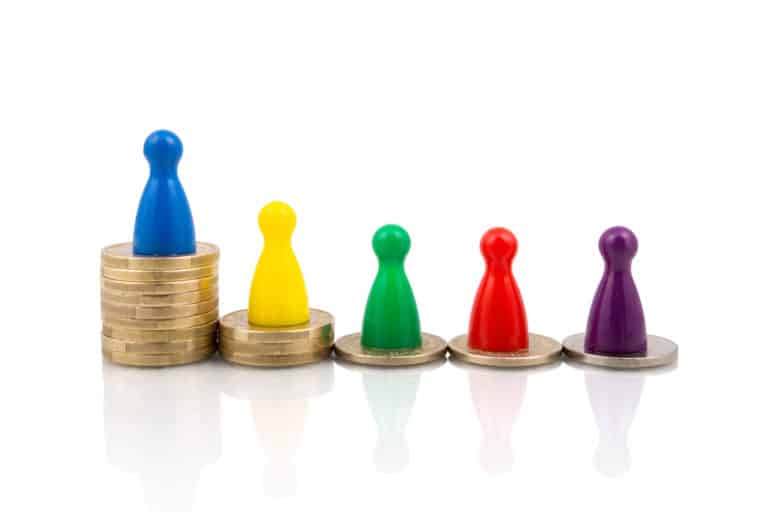 Inequality has become one of the major debating points among economists—not a surprise given the large increase in inequality over the past 35 years. What are the reasons that the rich are getting richer and what impact does this have on the rest of society? What can we do about the growing inequality?

The enormous increase in inequality in many advanced countries over the past third of a century has been extensively documented, including most recently by Thomas Piketty in his justly celebrated book, Capital in the Twenty-First Century. He focuses on the growth of income and wealth at the top. Others (including me, in The Price of Inequality, and more recently, in The Great Divide) have noted the many other dimensions of inequality—including the increase in poverty in the bottom and the evisceration of the middle. And there are many other aspects of inequality, for instance, in health, access to justice, and exposure to environmental hazards.

There is a growing understanding that inequalities in income and wealth cannot simply be explained by the standard economists’ competitive equilibrium model. As I wrote in a recent Roosevelt Institute report (co-authored by Nell Abernathy, Adam Hersh, Susan Holmberg, and Mike Konczal) Rewriting the Rules, “Inequality is not inevitable: it is a choice we make with the rules we create to structure our economy…” These choices have resulted in economies marked by greater divisions and poorer performance. There is more rent-seeking and less productive investment. Firms behave in a short-sighted way. While trickle down economics argued that everyone gains from the productive efforts of those at the top for which they are justly rewarded, this alternative theory suggests that what has been going on is worse than a zero sum game: their gains have come at the expense of the rest—and of overall economic performance.

This is a somewhat different view of inequality than that which is at the centre of Piketty’s recent book. He argues that the main driver of inequality is the tendency of returns on capital to exceed the rate of economic growth.

THE DIFFERENCE BETWEEN WEALTH AND CAPITAL

Most readers of Piketty’s book get the impression that the accumulation of wealth through savings is almost entirely responsible for the rise in inequality and that there is, therefore, a link between growth of the economy—the accumulation of capital—on the one hand and inequality and wealth on the other. Piketty tends to use wealth and capital interchangeably. But wealth and capital are two distinct concepts; the former reflects control over resources, the latter is a key input into production processes. Much of the increase in wealth that can be observed from the 1990s onwards does not correspond to a rise in productive capital. More and more money was lent to investors who mainly did not use it to create new businesses or make productive investments in existing businesses, but to speculate in already existing assets, thereby pushing up asset prices.

More generally, a large fraction of the increase in wealth is an increase in the value of land, or the capitalised value of other rents, not in the amount of capital goods. Such increases in “wealth” do not in general lead to an increase in productivity of the economy nor increases in wages. Indeed, they may have just the opposite effect.

By “land”, I am referring primarily to the value of urban land, rather than agricultural land. Broadly, rents associated with natural resources are also included. For example, suppose that valuable real estate is owned mostly by the rich. If this real estate becomes more valuable, the wealth of the country increases, but wealth also becomes more unequally distributed. (Moreover, more unequal wealth distribution spills into a more unequal income distribution because income includes higher imputed rent for the real estate owners whose housing has gone up in price and who have not sold it.) But simply because the price of land in the Riviera or Southhampton has gone up does not mean that the French or US economies have become more “productive.”

The capitalisation of the increase in other kinds of rents also increases the wealth/income ratio. Such rents include monopoly rents of firms or the “exploitation” rents of the banks. If, for example, the financial sector convinces Congress that it is a good idea to bailout too-big-to-fail banks and repeal the Glass-Steagall Act which then makes it easier for banks to become too big, then the implicit rents that are associated with the bailout get capitalised in the banks, and show up as an increase in wealth in the stock market. But there are negative effects—the implicit liability to the government and the public, and the higher taxes that may have to levied to fund the bailout. But these changes in the wealth of taxpayers do not show up on the national balance sheet; all that is recorded is the increase in the value of bank stocks. Thus, this change in banking regulation has a negative effect on the economy, and yet it appears as if the wealth of the economy has increased.

In recent years, monetary and financial authorities allowed—through deregulation and lax standards—banks to lend more, but much of that money did not go for creating new businesses or increasing the stock of capital goods. The effect of the expansion of credit has actually been an increase in the value of land and other fixed assets. Thus, the real capital stock has not increased as much as wealth; in some cases, the two variables (especially when measured relative to income) have moved in different directions.

This has repercussions on income inequality: if more of the savings of the economy lead to an increase in the value of land rather than the stock of capital goods, then worker productivity and wages stagnate and might even go down. Equally important, however, is how changes in financial regulations and monetary policy can lead to more wealth inequality. For instance, an increased flow of credit combined with a change in regulation that allows more lending against collateral will lead to an increase in asset prices that can be used for collateral, such as land; those who hold wealth become wealthier.

Those who have little or no wealth, do not benefit (or benefit very little) from that kind of credit expansion. Similarly, quantitative easing led to high stock prices—benefiting the owners of equity, disproportionately the very rich—but the low interest rate on government bonds hurt the elderly who had invested (they thought) prudently in government bonds.

Indeed, with life cycle savers holding their assets in different forms than capitalists who pass on wealth from one generation to another, the old distinction between “capitalists” and “workers,” or even creditors and debtors, may be less relevant in analysing the impact on inequality of different policies than that between “holders of equity-assets” and “holders of debt instruments.”

WHAT CAN BE DONE?

There is some evidence that the power of the 1 per cent to exploit the rest seems to be increasing. This is partly the result of changes in technology and globalisation; but the rules governing the economy and the policies adopted by governments (often under the influence of the elites) have played equal or more important roles. Markets do not exist in a vacuum, but we have shaped markets in ways that often do not promote efficiency but do increase inequality.

The ratio of wages to productivity is going down and the ratio of CEO pay to worker pay has gone up. The bargaining power of workers declined as unions got weaker. Workers’ bargaining power has been further weakened by the asymmetric rules governing globalisation: capital and goods move freely but labour does not. Corporate governance laws provide relatively little check on abuses of corporate power by CEOs. In some critical sectors of the “new economy” monopoly power increased because of network externalities.

There are numerous policies that could help reduce before tax and transfer inequality: higher minimum wages, stronger unions, better education, and better anti-trust and corporate governance laws and stronger enforcement of the laws we already have.

Progressive tax and expenditure policies can help undo the effects of the increase in market income inequality. Unfortunately, in some countries, such as the United States, rather than “leaning against the wind,” just as market incomes became more unequal, the tax system became less progressive. Indeed, at the very top the tax system is regressive: as Warren Buffett famously pointed out, he was paying a lower tax rate (on his reported income) than his secretary. He was right to suggest that this was wrong. And, unfortunately, his experience is typical of the very rich.

When thinking about policies that are intended to reduce inequality of wealth, it is important to bear in mind what economists call “incidence” of taxes and expenditure. There are often indirect effects of such policies, and sometimes these can undo the direct effects. For instance, if most of the savings is being done by capitalists, and the return on capital is taxed, then investment could decline. That could mean, over the long run, that the rate of interest would go up and wages might decrease, undermining the intent of the tax to reduce inequality. If, however, the government invested some of the tax revenue itself, these adverse effects might not occur: the rate of return on capital might not rise and wages might not fall.

We can think of the degree of inequality in the economy as resulting from a balance of centrifugal and centripetal forces—of forces that lead to a more equal distribution and forces that lead to a more unequal distribution. Preventing an increase in centrifugal forces and strengthening centripetal ones provides a framework for policy prescriptions.

For instance, good public education systems—with strong pre-school programs and good access to university education, regardless of the income of one’s parents—is a strong centripetal force, bringing society together and reducing inequality. In many countries, however, the education system is one of the important mechanisms for the intergenerational transmission of advantages. For instance, in the United States more is spent publicly on the education of the children of the rich than on that of the poor, the result of a largely locally funded and managed elementary and secondary school system. Similarly, a strong system of inheritance taxation is important for the prevention of the creation of an inherited plutocracy.

Such policies have the further advantage that they not only lead to equilibrium with lower inequality, but they increase equality of opportunity—strengthening what should be a fundamental value in a progressive society.

A remarkable public consultation is under way which will determine the future of Europe for the coming years – if not decades. Citizens are discussing how green our future should be, and what to do to protect democracy inside and outside the European Union. Preserving economic competitiveness, but at the same time strengthening social cohesion, […]

Hunger, climate, equity. These are the three key challenges resulting from the UN-led Pre-Summit on Food Systems hosted at FAO from 26 to 28 July and will be the focus of the Food Systems Summit scheduled to take place in New York on 23 September during the next General Assembly. Covid-19 has pushed over one […]

The qualitative leap which was introduced in the European project in the wake of the Covid-19 crisis has brought higher levels of solidarity and cohesion. But there is still a long way to go. The speech of the president of the European Commission has outlined a few further steps, but many more need to be […]