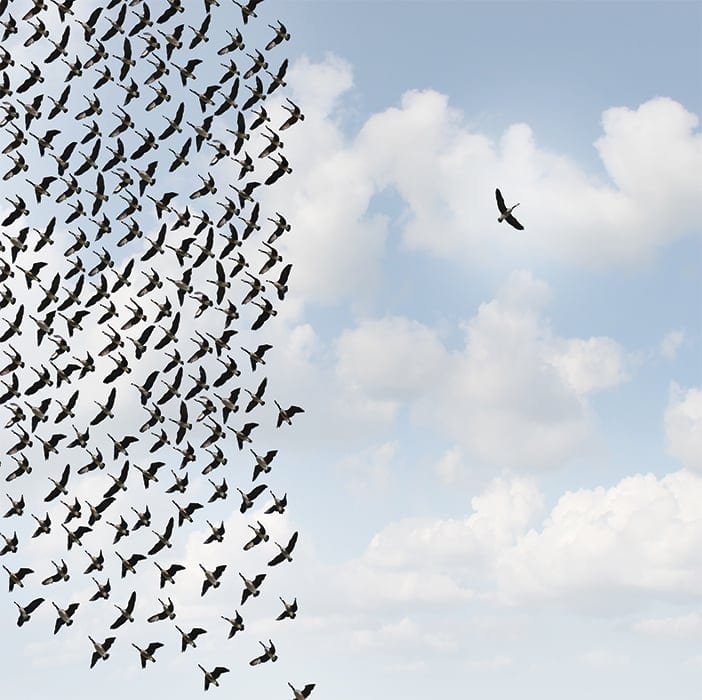 There is a robust tension between the idea of leadership and the idea of democracy. For if the people ought to rule themselves, what room is there for representatives to shepherd them in a certain direction? So as good democrats, we should perhaps be sceptical about leadership as such.

This view is widely shared among those on the left who consider bottom-up decision making and direct-democratic rule the only valid form of democracy. And we should take it seriously. For in many European countries, we are witnessing a renaissance of this perspective, for example in the “Momentum” movement in the British Labour party, which grew rapidly since Jeremy Corbyn became party leader. Promising to democratise not just the party but local government, workplaces and society itself, this movement is especially successful at attracting young people. It speaks to millennials who want to change the rules of the game through political participation — and largely without leadership.

The appeal grassroots movements like Momentum, that exercise on millennials, should give progressives pause. Is this an indication that progressives should strive for a kind of democracy that places utmost emphasis on collective participation, rejecting the idea of strong leadership? Is, in other words, the question of how future progressive leaders will look, the wrong question to ask?

I think not. The way forward is rather to think about leadership and bottom-up participation together. Progressive grassroots movements such as Momentum can provide important normative impulses, promoting as they do a distinctive vision of an alternative, possibly better, society — a vision the larger political party they belong to might have abandoned a long time ago. Yet not everyone can be expected to engage in these movements, and the participatory institutions they institute, in a continuous and coordinated fashion, not least because most people lack the time regularly to attend activist meetings. This is where leadership has its place. A democratic political leader can build a bridge between those who engage at the grassroots level in pursuit of a particular political vision, and those dispersed citizens who — at most — participate in elections every four or five years. They can instil in those latter citizens a sense of shared commitment to a collective political project and, at the same time, ensure that that project remains responsive to their preferences and values.

Reflecting on this “bridging” role of political leadership, one already gets a first glimpse on what future progressive leaders might look like. Such leaders could harness the normative ideas and motivational potential of grassroots movements to recruit the non-organised citizenry as a genuine partner in shared political activity, establishing a connection between the political aims pursued by the activists on the ground, and the ideals and concerns of those who perceive themselves as passive recipients of policy. This is of course not going to be an easy task. But it seems clear that future leaders will have to invest their efforts and energies into reconnecting with the grassroots, not least because of the latter’s capacity to inspire political activism among millennials. And if the grassroots are also capable of providing progressive politics with sustained political visions, the progressive project at large is likely to profit.