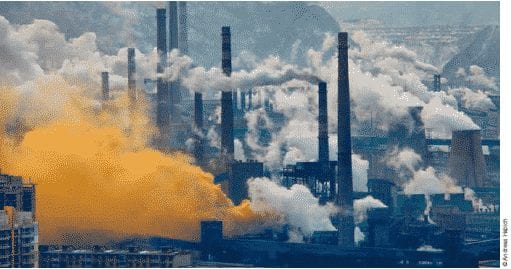 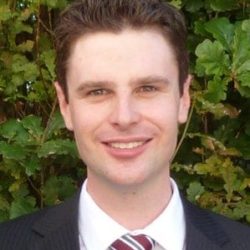 It is often assumed that comprehensive international cooperation is essential to tackling climate change. After all, it is a global problem and action by all countries is necessary to avoid potentially catastrophic changes to our planet. But the greatest barriers to avoiding dangerous climate change can be found at home, within individual countries. International cooperation needs to adapt to this reality.

Reviewing the literature on the costs and benefits of acting on climate change, I find that most of the emissions reductions needed to decarbonise the global economy can bring national economic benefits that outweigh the costs, even before the benefits of reduced climate change are taken into account.

Most of what we need to do to decarbonise the economy would also save people and companies money over the medium and long term. It would make our economies more productive, innovative, and stable. It would achieve historically significant advances in public health and safety. It would create more attractive and liveable cities. And it would improve the quality and productivity of the natural environment. Consider a few examples. Firstly, transitioning the global energy system to one based primarily on renewable energy would lead to trillions of dollars in financial savings.

The International Energy Agency found earlier this year that the additional upfront costs of transitioning to a low-carbon energy system would be paid back many times over due to the avoided costs of buying oil, coal and gas. Overall, a low-carbon energy system would save US$75 trillion over the period from 2016–2050 compared with the costs of a system based on the continued expansion of fossil fuels. To put that in perspective, the combined wealth of the poorest 50% of the world’s people in 2014 was less than US$2 trillion.

Secondly, a transition to a low-carbon energy system would unleash a wave of technological innovation. It would bring down the costs of renewables, energy storage and grid-management technologies faster than is occurring already. It would also spawn innovation in other industries. All innovation produces ‘knowledge spillovers’, but recent research analysing patent citation data shows that knowledge spillovers from clean technology innovation are especially high — up there with the innovation in information technology. Clean technology patents are cited on average more than 40% more frequently than dirty technology patents. Clean innovation is the growth story of the future — at least, for those countries that choose it.

Thirdly, many actions to cut emissions would also deliver immense benefits in public health. Burning fossil fuels, especially coal, causes air pollution, which kills an estimated 7 million people per year, according to the World Health Organisation. That’s more annual deaths that are caused by AIDS, diabetes and road injuries combined. The Global Commission on the Economy and Climate estimates the economic costs of air pollution at between 3–11% of GDP in the world’s 10 largest CO2 emitters. Reducing the burning of fossil fuels would not only reduce greenhouse gas emissions and help avert climate change. It would also deliver immediate health and economic gains. When considered together, the scale of these and other national benefits from well-designed actions to reduce emissions makes a mockery of the outdated idea that reducing emissions is a ‘costly burden’ on countries. We shouldn’t need global institutions to ‘force’ countries to act.

THE BARRIERS TO ACTION ARE MOSTLY ABOUT DOMESTIC POLITICS

Yet countries are still not acting on anywhere near the scale needed to cut greenhouse gas emissions and avoid dangerous climate change. There remain some very large barriers to action. Some of the greatest barriers can be attributed to the domestic politics of policy reform. The national benefits outweigh the costs of action, but it is the distribution of those costs and benefits that drives politics to conserve the fossil-fuelled status quo. Most of the costs of climate action fall with powerful companies and will occur in the short term. On the flip side, the national benefits of climate change action I have described are biased toward the medium and long term and are distributed widely across the general public. In political and business environments that are focused on the short-term and skewed to the interests of powerful companies, it’s no wonder the benefits of action are going begging. Other barriers, especially in developing countries, are more about access to finance and technology, and about the domestic institutions needed to attract both. It is these kinds of domestic barriers that should be occupying the attention of governments, businesses, NGOs, and researchers.

THE REAL CASE FOR INTERNATIONAL COOPERATION

International cooperation can help to overcome such barriers. Conferences like COP21 in Paris later this year provide opportunities for governments to send a clear political signal about the future, zero-carbon trajectory of the global economy. This can, in turn, help domestic reformers to make the political case for climate action at home.

Governments also need to ensure that poorer countries can access the finance, technologies and know-how that they need to develop cleanly. Zero carbon development holds immense potential for local benefits in poorer countries. North-south climate cooperation is not about developed countries ‘compensating’ poorer countries for saddling them with ‘burdens’. Rather, it’s about the rich world fulfilling its moral obligations to lead the zero-carbon transition from their own countries, while helping poorer countries to reap the local benefits of decarbonised, climate-resilient development.

Finally, we need more cooperative initiatives among small groups of willing countries, and among non-state actors, that are targeted precisely at specific sectors and barriers to action. Examples include initiatives to ramp up low-carbon investment; share the up-front costs of innovation in clean technologies; continually raise energy efficiency standards; tax greenhouse gas emissions; phase-out coal production and consumption; and protect and restore forests. The Paris conference provides an opportunity to forge and expand such alliances.

In these and many other ways, we can accelerate the transition to a world that brings enormous benefits to present generations,