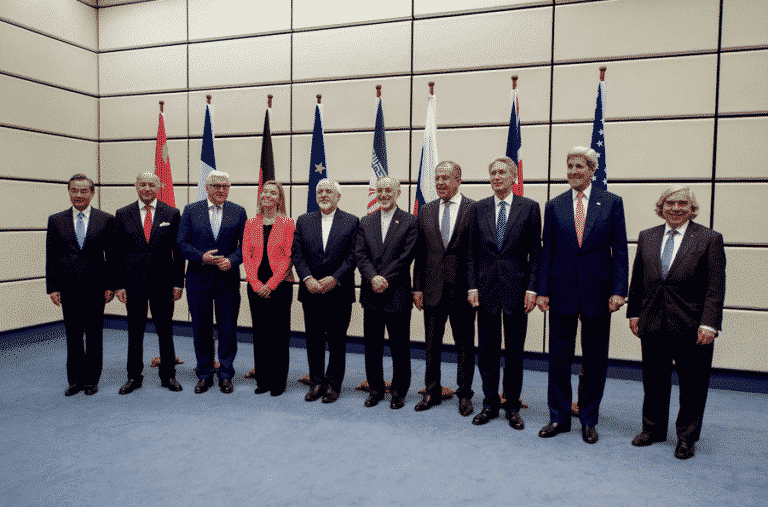 The Iran Deal is in Jeopardy, and Other Disasters

America is still in shock—both opponents and supporters—over Donald Trump’s surprise victory on November 8th. We must now, however, attempt to assess what a Trump administration foreign policy would look like. That task is made more difficult by his complete lack of any policy depth and his tendency to radically shift positions depending on the current political winds. The obvious place to start is trade, but two other areas of intense interest for Europeans may come up more quickly, the Iran nuclear deal and the visa waiver program.

Trump has offered so few details on his policies that it’s nearly impossible to accurately predict exactly what a Trump administration will do. Certainly, Trump’s admiration for Russian President Vladimir Putin is deeply troubling. It’s likely that President-elect Trump will pursue warmer relations with Moscow, but that is a position that is deeply opposed by most Republicans, even his own Vice President. We can have more confidence in predicting the Trump administration’s policies in areas in which Trump is more aligned with his Republican colleagues.

In no policy area is Trump more in synch with Republicans than opposition to the Iran nuclear deal. Trump has said he will “renegotiate” the deal and ask Congress to impose new sanctions on Iran. When the Iran deal was put before Congress in 2015, every Republican voted against it. The reality that the deal has been implemented, sanctions have been lifted, Iran has dismantled its nuclear program, and frozen Iranian assets have been returned, does narrow Trump’s options somewhat.

Trump can, however, direct his administration to re-impose some sanctions. Just two days after Trump’s election, one of his most ardent Republican foes, Sen. Lindsey Graham, said, “Trump has been right about the Iran deal, it needs to be renegotiated. I’m going to create leverage for him.” Much has been made of Trump’s experience as a negotiator, looking for every advantage, and Graham is trying to help him gain that leverage.

But that cuts both ways. European governments supportive of the Iran nuclear deal must make clear, immediately, that Iran has complied with the terms of the deal and they have no intention of participating in any renegotiation nor impose new sanctions. If European governments are clear and firm that they wont go along, it undercuts any leverage Trump is trying to gain, and he may back away from any meaningful attempt to reopen the deal.

Leaving aside for the moment how controversial they are, Trump’s proposals to build a wall on the U.S.-Mexico border and ban all Muslims from entering the United States lack any detail on how they would be accomplished. Less prominent was his suggestion in March that “its time to stop” the visa waiver program, and it is easy to see how that could be implemented. While no Congressional Republican has, to my knowledge, recommended completely scrapping the visa waiver program, Congress did enact new restrictions just last year. In Congressional hearings on that measure, many Republican members indicated that they were not finished examining the program, and in a Trump administration it could be on the chopping block.

European governments may have less ability to influence this issue than on the Iran deal, but they can make clear how the much revenue is associated with the ease with which most Europeans can enter the United States. And I say this partially in jest and partially in sadness at the reality that he has such unprecedented conflicts of interest, Europeans should point out to the president-elect that fewer business and holiday travelers to the United States will assuredly mean fewer guests for Trump hotels.

Opposition to current American trade deals has been a centerpiece of Trump’s platform. It seems impossible that Trump would pursue any new trade deal, especially given a recent poll of Republicans by Pew that showed only 24% viewed free trade as a good thing, while 68% did not. But with Trump, you never know. Republicans in Congress have traditionally been pro-trade. They can read polls too, however, and its extremely unlikely that TTIP, TPP, or any other trade deal gets through any time soon.

Predicting a Trump administration is a guessing game. He has never held elective office before, lacks even a basic idea of how our government works, has proposed polices that upend decades of consensus, and has offered few details of how he would actually do it. Given all these uncertainties, it is best to focus our early attention on areas in which he is aligned with the Republicans who control Congress. The urgent priority is to prevent Trump from unraveling the Iran deal and ending the visa waiver program. More fights will lie ahead, but this is where to start.