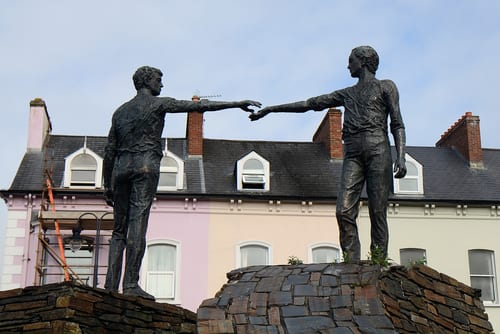 For the first time in Ireland’s history, the Left has won the general elections on February 8th. That the Labour Party played so small a role in this victory is a cause for deep reflection, but not, I would argue, for despair.

Though some ardent supporters of other parties will challenge Sinn Féin’s (GUE-NGL) left-wing credentials, it was undeniable that it was a centre-left manifesto which won the popular vote. The proportionality of Ireland’s Proportional Representation by Single Transferable Vote (PR-STV) electoral system allowed Sinn Féin voters to transfer their support to other left-wing parties and elect left-wing representatives in some of the most traditionally conservative areas of the country. Indeed, this election was an enormous success for parties of the Left – though not for every party of the Left. The Irish Labour Party returned just six members of parliament one fewer than its previous worst-ever general election result in 2016.

Despite the imminent scheduled end of the Brexit negotiations, voters’ concerns were far more in touch with the priorities of the Left: where unemployment was important in recession-time elections, it was housing, homelessness and health that dominated this time around. Since 2018, the number of homeless in Ireland has remained around ten thousand, with nearly 3500 children currently without a home – remarkable for a population of under five million. Ireland’s health system is in crisis. Overworked and under-paid healthcare professionals are caring for dangerously high numbers of patients, often on trolleys and in overcrowded Accident & Emergency departments without enough beds. A mass exodus of nurses seeking higher wages and better conditions abroad has given cover for the Health Service Executive to outsource an increasing number of nurses from private agencies, on wages as much as three times higher than those employed by the State.

Despite the economy recovering well after the economic crash, with more people in employment than ever before, the country lacks many basic amenities. In Fine Gael (EPP) and their outgoing parliamentary partners Fianna Fáil (RE), the Right has failed in its duty of care to Ireland.

“Voters wanted change as least much as they wanted Socialism.”

Why, then, with its ambitious and Socialist manifesto, could Labour not cut through the noise to win more votes? Why was it not a beneficiary of the #VoteLeftTransferLeft messaging promoted on social media throughout the campaign?

In short, because voters wanted change as least much as they wanted Socialism. It is – or it should be – uncontroversial to say that the Labour Party’s stint in coalition with Fine Gael from 2011-2016 did it no favours electorally. In the years that followed that coalition, a narrative has emerged that misrepresents and exaggerates some decisions taken by Labour as the smaller coalition partner. In reality, Labour prevented worse hardships during the austerity years than would have occurred had Fine Gael governed alone. Nonetheless, it must take ownership of its mistakes and acknowledge that, had it stayed in opposition following its best-ever performance in 2011, it may well have emerged as the largest party in the State. Hindsight is indeed twenty-twenty.

The 2016 general election that followed that coalition saw most of Labour’s newer faces voted out of office. Those members of the Parliament who remained, were, paradoxically, among those most associated with austerity in their role as Ministers responsible for cuts and backtracking on promises in the 2011 manifesto. Their proximity to an unpopular coalition has been a prohibitive force in the party’s attempts to return to its rightful place as a credible home for Socialists and Social Democrats.

It would be inaccurate to say that Sinn Féin’s win came exclusively from voters pivoting left and choosing socialism. Polling has shown that those who voted for Sinn Féin view taxation significantly less favourably than supporters of Labour and the Green Party. Incorrect also is the assertion from pseudo-intellectuals hailing from Ireland’s nearest neighbour to the east that this was a Trumpian, Brexit-style vote for nationalism. Though it is true to say that some toxic brands of nationalism are very present within Sinn Féin, their current political and policy approach has more in common with traditional Social-Democracy than national populism.

People wanted something different. Fine Gael, Fianna Fáil and, unfortunately, Labour could not be that for voters. Sinn Féin effectively captured the Zeitgeist, but does not now have enough seats to govern alone. Nor, for that matter, does anyone else. Who will be in power and how long they will cling to it remains to be seen. One thing is clear: there is an appetite for change in Ireland and we are on the precipice of smashing the two-and-a-half party system that has existed in Ireland since the foundation of the State.

It is a good thing that a left-wing message has prevailed in this election. Bruising as it is for Labour activists, it has illustrated that conservative instincts to dilute radical policies with moderate messaging no longer works: when faced with classic problems that preoccupy left-wing parties, the Irish public has shown a desire for classic left-wing solutions. For Labour, this can and should come as a liberating realisation.