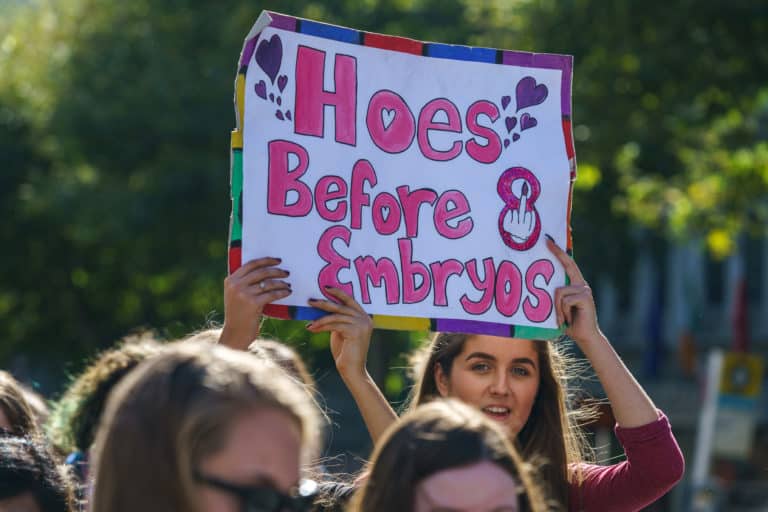 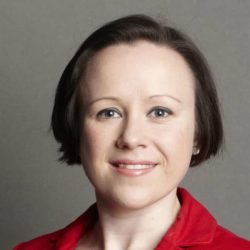 On 25 May 2018, when Irish voters flocked to support the repeal of the 8th Amendment to the constitution, the women of Ireland won reproductive rights that had been taken from them three decades prior. They also provided inspiration to women fighting for their rights all around the world. Reproductive health rights are often considered controversial. However, the campaign shows the body politic are often more supportive of policies that give women the right to make their own choices than they are given credit for. The real reluctance is often among politicians, who prefer the status quo to pursuing reforms.

The background to the campaign was the death of Savita Halappanavar from blood poisoning after she miscarried and was denied an abortion. Halappanavar, a dentist, was 17 weeks pregnant with her first child when she was admitted to hospital for intense back pain in October 2012. Staff determined that a miscarriage was inevitable, but would not operate as the foetal heartbeat remained. Almost a week later, Halappanavar died of a septic miscarriage, but not before her husband Praveen had repeatedly requested a termination. His request was declined, with one nurse telling him “this is a Catholic country.” Thousands of people took to the streets with candlelight vigils being held all across Ireland.

Halappanavar was one of many women who have suffered under the rigid confines of the 8th amendment. The amendment dated back to 1983, when a referendum succeeded that introduced a requirement that law-makers value the life of the mother and foetus equally, effectively prohibiting the regulation of abortion. Since that time, around 170,000 women have travelled abroad to obtain an abortion, usually to the UK. There were no exceptions; foetal abnormality or health risks to the mother were not accommodated by this legal regime, and women in Ireland paid the price.

Since that time, around 170,000 women have travelled abroad to obtain an abortion, usually to the UK.

The death of Halappanavar created a sense that the law had to change. In 2016, this momentum was translated into a program for review in the form of the Citizens’ Assembly – 99 citizens, chosen at random as a broadly representative sample of society. The Citizens’ Assembly was charged with reviewing several policy areas, one of which was the 8th amendment. The proposal was the result of a power sharing arrangement between two political parties and an experiment with involving more ordinary people in policy making. Instead of deflection and inaction, which many expected, the Citizens’ Assembly generated momentum. It created a space for input from experts and citizens, without vagaries and challenges of partisan politics.

The Citizens’ Assembly confirmed what many women knew: the Irish people needed to reconsider the legal status of the 8th amendment. These recommendations were upheld by a Joint Oireachtas Committee in December 2017, and put in motion the process of a referendum. The process highlighted the power and possibility of trusting everyday people to make difficult and important decisions, especially in a context in which top-down politics had failed.

Given how many women had undergone the experience of abortion, a central part of the campaign for repeal was telling the story of those women. One source which proved decisive for many voters was the Facebook page “In Her Shoes: Women of the Eighth.” The concept of the page was to give unde- cided voters the opportunity to ‘take a walk in her shoes’ by sharing anonymous stories of the everyday women making reproductive choices in Ireland. In the lead up to the referendum, this page, with a following of over 100,000 likes, was credited as decisive by many voters.

Fundraising was also essential. The diaspora proved highly responsive, especially in a context where many were denied their right to vote (Irish citizens living abroad for more than 18 months are not entitled to vote). Given the real risk of money from well-funded anti-choice groups in the US, every euro counted. Irish people living in Australia and New Zealand rallied together to host fundraising events, collectively raising over $15,800 for pro-choice organisations working on the campaign in Ireland.

Notably, the referendum was passed in 39 of 40 constituencies across Ireland, and was viewed as a unifying campaign garnering support across generations, class divisions and the urban/rural divide. The success of the campaign was in engaging a diverse cross-section of Irish society to have conversations about reproductive rights, and to campaign locally. The Together for Yes campaign, which campaigned for the Yes Vote in the referendum, was made up of over 70 community groups and organisations. The seeds of these groups were sowed by the Abortion Rights Campaign (ARC), which since 2012 worked on mobilising regional communities in setting up their own local ARC chapters, with street stalls at community fairs, coffee mornings in the community, creating visibility and awareness of the issues, and ready to become local Together for Yes chapters well before the official Yes campaign launched in March 2018.

Examples of the country-wide support is evident in the wide variety of grassroots groups which decided to write online mate- rials and went door-knocking around the country – Grandparents for Repeal, Farmers for Yes, Migrants and Ethnic-minorities for Reproductive Justice, Irish Catholics for Together for Choice. Many activists are keen to archive the 8th – that is, to make sure the successes and lessons from the campaign are memorialised so they can be drawn on by activists in the future.

The fight for reproductive justice continues in Northern Ireland, where women’s bodies are still governed by legislation dating back to 1861. As a result of the referendum in the Republic of Ireland, the pressure has increased on Northern Ireland to emulate the liberalisation of abortion in the Republic. With recent news that Catholic hospitals are prepared to resist the legalisation of abortion, there will be difficult questions about how to manage reproductive health care services and ensure women’s rights are respected.