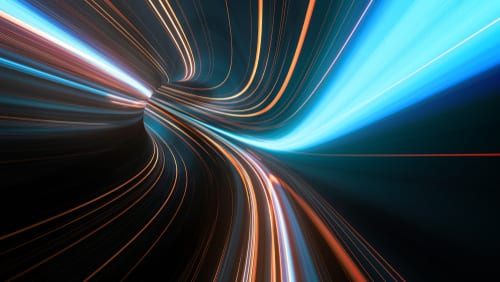 Globalisation has been the main transformation of the world for several decades. A phase of expansion of market capitalism, resulting in an intensification of international exchanges: whether trade, goods, services, capital or people.

For quite some time, the view had prevailed that this reality we live in would be the new normal and would prevail in the future, with a few dissenting opinions. But more recently, especially since the 2008 financial crisis, the mood has changed. According to some, the growing economic, social and political turbulences, which we now have everywhere on this planet, should or will result in de-globalisation, a reverse of globalisation with a world economy becoming more fragmented rather than more united. Some like it, others do not. Some see de-globalisation as the solution to our problems and others see de-globalisation as a threat as it would handicap finding solutions to the problems that cause the present hardship.

The two shaping factors of globalisation

Technology is on the main engine of globalisation. It produced leaps forward in transportation systems leading to a reduction of the cost of distance from wind to steam to electricity to aviation to containerisation to the internet etc. Reducing the cost of distance is the main trade facilitator as it keeps alleviating the main obstacle to the expansion of markets of goods and services and the circulation of capital and people towards an asymptote equal to zero.

The second engine is ideology, a global consensus according to which the opening of international exchange is per se the right way to go. The virtue of a simple Ricardo-Schumpeterian model, – according to which the combination of comparative advantage and competition – is a source of efficiency, thus a growth accelerator. Hence the multi-localisation of production systems and the organic proliferation of global supply chains now spanning the planet.

“Reducing obstacles to trade resulting from public policies that protect producers from foreign competition is the line to take as it fosters this process.”

Of course, these efficiency gains are not painless because of the intrinsic winner-loser equation of this model, but as long as growth and welfare systems make it politically acceptable, it works.

Why is the rosy picture now in doubt?

The positive effects of globalisation have happened, with many winners, in a totally unprecedented proportion in human history, starting with Asia. And it starts by a clear and huge benefit in poverty reduction. But also, there have been more losers and they have lost relatively more, than was expected. Because of the rapid increase of inequalities everywhere, and because of the poor response of the welfare systems, which had been built in the western world in the 19th century as a consequence of the previous big wave of change and globalisation. They did not properly cushion the increasing social violence of globalisation for the weakest, hence a political backlash in particular after the 2008 crisis: Trump, Brexit and the rise of populism.

To this well-known problem of capitalism with social justice, globalisation is now seen, rightly or wrongly, has been added a new, rapidly growing dimension: climate justice and environmental degradation. Trade expansion, a major feature of globalisation for public opinions, is finger-pointed as the culprit.

Globalisation has also resulted in a rapid geopolitical rebalancing between the previous US hegemony and a growing China, which, as predicted by Thucydides, may pit them against one another in a dangerous rivalry. This is the real background of Trump’s ill-conceived, damaging and inefficient tariff wars and of a resurgence of nationalism. A world disorder apparently succeeding a world order…

Democracy, where it exists, is also under threat of illiberalism, or at least questioned, as a result of social discontent. And perhaps it’s also under fire because of the echo chambers of social networks which have created a new space for polarising and antagonistic political expression – instead of keeping the promise of the expansion of the freedom of expression – and which are transforming feelings of belonging into perceived threats to collective identities by “foreigners”.

Socio economic discontent is amplified by digitalisation, more fractured societies, protests everywhere and a more dangerous world. The implicit assumption of more peace and happiness of the “end of History” mantra hasn’t become true. More and more think, de-globalisation could be a solution.

Is de-globalisation the way to go?

At the risk of being blunt, my answer is no for one main reason: given the degree of interdependence we have reached now, it would be extremely costly. Globalisation is efficient and painful. De-globalisation would be inefficient and painful. Just look at the troubles of Brexit, the impact of Trump’s tariffs, or at studies about the disproportionate impact of reducing trade on CO2 emissions on growth. Or think about the consequences it would have for poor people in poor countries.

But then, how can we avoid de-globalisation if it is the choice of people tired with globalisation where people can choose? My answer is in making globalisation less painful, less stressing for humans and Nature, in better harnessing it.

In reality, the fundamental political debate is not about globalisation but about capitalism. As tha Chinese proverb goes: “let’s look at the moon which is capitalism, not the finger, which is  globalisation”. Let’s recognise that the present version of capitalism underlying globalisation exacerbates its well-known flaws: instability, social injustice, and, now, environmental degradation. Hence let’s propose a reform agenda around a few priorities: taming finance and its excesses, new systems to reduce social insecurity and cope with the digital revolution, turning production systems towards circularity through proper pricing of environmental externalities, starting with carbon.

“let’s look at the moon which is capitalism, not the finger, which is  globalisation”

Assuming this direction is accepted, we are left with another challenge of today’s version of globalisation, which is the global governance deficit, accentuated by recent attacks against multilateralism. Here again, let’s accept that the existing racket has many holes and that the Westphalian model we have inherited has structural limitations. But also, that the solution is no to destroy it but to complement it with other approaches, based on solutions and on non-sovereign stakeholders, like those that led to better results as in the case of the fight against HIV-AIDS.

These new endeavours are the ones we help succeeding with the annual Paris Peace Forum which I have the privilege to chair, and which was launched in 2018 on the occasion of the centenary of the armistice of WWI. Tapping on the formidable source of energy and engagement in civil society to address global problems, be it business, cities, academic institutions and also on the power of digital tools to catalyse new creative coalitions.

In a nuthell, whether or not globalisation is doomed depends on our capacity to direct the dominant economic system, i.e. capitalism, towards a different course. The UN Sustainable Development Goals show the way to go. The present numbers tell us that without a huge collective effort we will remain far from these targets in 2030 in most cases. Reforming capitalism remains priority number one. It is urgent. Keeping dreaming of an alternative, and trying  to devise it might help us getting there.