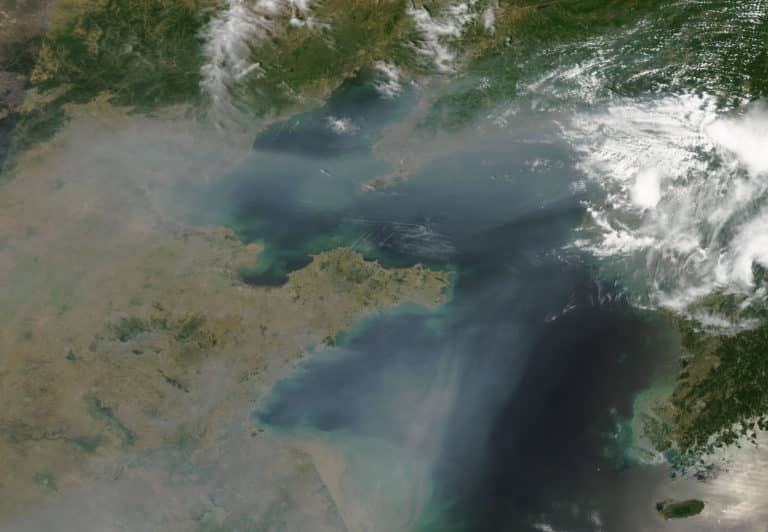 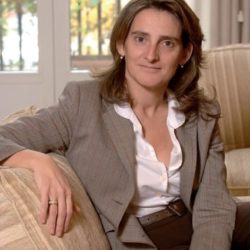 by Teresa Ribera
Minister of Energy and Environment

Multilateralism is often regarded as slow and ineffective. Yet, is there any other way to deal with a global phenomenon such as climate change?

Climate change is frequently defined as the largest challenge ever faced by mankind. Yet it is less often associated with a new global governance paradigm, in which state governments would cooperate in order to learn together, coordinate regional and sectoral action and invite other players to share their climate-related efforts in order to maximize common benefits.

In fact, climate has been conceived for a very long time as one of those big issues that should be solved by the big and powerful emitting countries. But history has demonstrated this is not the way to deal with such a wide and complex problem. This was the real lesson that emerged from the controversial Copenhagen climate summit. The substantial changes on how to shape global efforts to deal with climate action were difficult to be accepted but finally that was the case. However, a whole legion of countries — small and middle-sized countries, poor and vulnerable or middle-income economies — stressed they would not allow anyone to take decisions for all and impose them on the rest.

This was a very interesting reaction coming from governments; but it is not limited to them. People everywhere want to decide their own future, being accountable for their own action and being part of the decision making process. All governments want to shape the major lines of action against climate change, yet they are not the only ones willing to act — other public and private players are also ready to engage in a new kind of coordinated response. This means that climate change has the opportunity to be the first issue dealt under a new type of multilateralism still based on national states, but also open to a variety of other players. This is the most relevant global governance challenge that we will see play out in Paris.

I think that we are already witnessing a combination of multilateralism and multipolarism. Of course each of the big countries tries to lead the climate negotiations according to its own approach. And this is also revealed in the relevant sensitiveness expressed by leaders of country-groups such as the SIDS (Small Island Developing States) or the ALBA (Bolivarian Alliance for the People of Our America) countries, or the AILAC (Independent Alliance of Latin America and the Caribbean).

But things will not work on the basis of one, two or five main players interests. We will need to combine different approaches. The engagement of major emitters is crucial, not just to have a chance to succeed in terms of the global 2 degrees temperature goal, but also for moral reasons. This is why Obama’s new political involvement is important. As for China, the government is facing huge domestic challenges in finding the right balance between ensuring lasting prosperity for its citizens while, at the same time, trying to shape its international profile. The Chinese do not know yet whether they should bet for a traditional multipolar (or bipolar) perspective, in which they build many bilateral relationships, or if they should use their new position to influence a new multilateralism. It would be ideal that they favor this second option and play it in a constructive manner.

Regarding the role of the UN, it is important to ensure that the UNFCCC be the main platform that monitors a comprehensive picture on the different levels of climate action and climate needs, assesses what works and what does not, to prevent failure and offer support, enables learning from positive experiences, and helps improve and accelerate the transition towards a decarbonised and climate resilient future. The platform that would be the UNFCCC should be based on traditional coordination between state governments, and draw on their ability to settle the common rules to deploy action. It should also build windows to allow other external players in the globalised 21st century to connect and share their experiences, successes and concerns, as well as to be part of the decision-making processes, and to be responsible for their action or lack of it.

TOWARDS COEXISTENCE BETWEEN LEVELS

However, it is crucial that multilateralism coexists with action at regional and local levels. Everyone needs to act at different levels. As my friend Laurence Tubiana usually says “the real fact is that climate action is inevitable; so it is much better to drive the transformation in a coordinated manner than to stay passive and react once we suffer from the impacts.” Normal life does not happen at a single stage. Everything is interconnected and we all understand that everyone needs to be consistent in very different fora, identifying which forum fits better for each purpose.

Climate action needs to happen in exactly the same way. We need to strengthen the mechanism to count on a global perspective and to develop and implement local and regional action. Multilateralism without committed action on the ground would be too soft, would take too long. Bringing local and regional action to the multilateral level helps to create a kind of positive envy, as well as enables countries to learn from others’ experiences and to improve the possibilities accelerating the global response to climate challenges. The current multilateral climate arena is no longer an isolated top-down process. As in many other issues, smart coordination at the top makes it easier to take the right decisions, but top coordination can only be smart if it takes into consideration what happens in everyday life, as well as the priorities, concerns and proposals of a variety of different players.

Global companies have learnt to adapt their business strategies to many different situations while governments are still finding their way to adapt governance to the globalised reality. Multilateralism is helpful to ensure common standard and main drivers of compatible domestic action. It allows a new normality known by everybody, but the practical development of the global rules needs to be adjusted at the national levels. However, it is true that counting on common global minimum standards is good news for everybody, including for companies demanding a level playing field. That is something we are used to hearing. My points on a level playing field would be: a) yes, it is a valid point but cannot be an excuse to lower ambition; and b) this is a nice argument to be played for other relevant global standards, such as labour conditions or, ideally, fiscal treatment.

Being adapted to climate change means being resilient in a different context. International institutions of all kind take decisions, support policies and fund investments that will last in time but so far they have failed to take into consideration the different climate and carbon realities they may be facing in the future. So, the first thing to do would be to learn how to assess risks and opportunities in a different manner, to generalize a new consideration of climate conditions and carbon regulations that will have an impact at the local level. Such an assessment will increasingly be part of any risk assessment, so it may imply a different cost of capital. Countries and societies need to learn how to prioritize public expenses and how to orientate policy decisions, and international institutions may be instrumental at the early stages of this process.

However, international institutions can, and should, undertake additional actions on adaptation beyond the above assessment on risk and opportunities… For instance, we know that the impacts of climate change go beyond local realities, but we have not yet put in place capacities to better understand and anticipate how these impacts will affect regional and global trends. Developing such knowledge would allow a better understanding of how to prevent the worst impacts and how to build preventive resilience.

Finally, there is a need to dedicate a specific share of each international institution’s focus to those who require the highest level of solidarity. I would notably point out those who being especially vulnerable cannot adapt on their own but do have the capacity to count on alternatives and, even worse, those who are highly vulnerable but cannot find solutions at home (i.e. low-lying islands that will disappear due to sea level rise). What is the reaction of the international community in this case? Are we ready to provide an answer for climate refugees? We must start thinking about concrete solutions for these situations that we know will arrive — the international community is responsible for offering adequate answers.

Still, obstacles remain: inertia, short-term sight and a lack of confidence on our capacities to address climate challenges in a manner that is consistent with each country’s socio-economic priorities. Additional difficulties are that every single country has a unique background and national circumstances, and that no experience of success is yet available, nor does a concrete guidelines book exist that explains how to deal with the deep transformation in our development patterns to fight against climate change, all while ensuring societal prosperity.

This needs to be taken into account. We need to recover our confidence in our own capacities to address this major problem in a way that allows the provision of a proper answer to the national demands of welfare and prosperity. We cannot stay trapped thinking that the future is a lineal evolution of the traditional business as usual GDP-based prosperity because it will not happen that way. It may be that the time speed, the technological needs, the funding requirements may change from one country to another but what is certain is that acting together is much more efficient, cheaper and fair than for each country to embark on the necessary transition by itself.