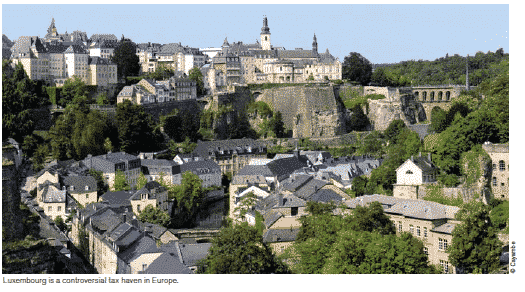 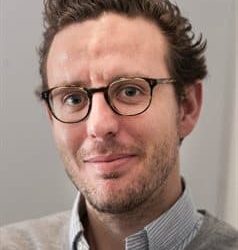 Camille Landais is severely critical of the growing influence of tax havens and is particularly disapproving of the lack of any real response in France and in Europe as a whole, even though, as he explains, eliminating such loopholes is both vital and possible.

Queries: What part do tax havens play in the European and global economy?

Camille Landais: As things stand, tax havens are flourishing. In his book The Hidden Wealth of Nations, Gabriel Zucman estimates that a record-breaking total of around 8% of the global financial wealth of households is held in tax havens. Never before has so much wealth been held in these places, which ensure complete financial opacity as to the identity of asset owners.

Tax havens are nothing new. Yet never have they thrived to such an extent. In the EU, the percentage of assets held in such places is even higher, bordering on 12%, which represents €350 billion for France alone, half of which is thought to be in Switzerland, although things have changed in terms of location over the past year or two. And the figures keep growing. The same phenomenon can be seen in all developed countries, even if they all have their own tax havens.

Q: Has Europe delivered an appropriate response to the problem?

CL: The United States recently implemented a series of drastic-yet-effective measures, proving that it was possible to make Switzerland back down on the issue of bank secrecy. France and Germany, which are much more exposed to the problem of tax evasion, could have done the same had they demonstrated equal determination. Europe lags behind in tackling tax evasion for a number of reasons.

Q: How do you explain Europe’s passivity?

CL: First, because it has yet to speak in unison on the matter, as it has failed to do on many other issues. Yet its shortcomings are to an even greater extent due to the fact that Europe still has not managed to define exactly what constitutes and leads to this financial opacity. The problem is compounded by the fact that the current Commission president, Jean-Claude Juncker, has built an entire career on the notion that a tiny European country like Luxembourg is quite warranted in dealing in tax optimisation and evasion, which makes you wonder whether he is really in a position to put forward laws to remedy or end the system. He rejects the idea that Luxembourg is a tax haven, even though there is no longer any doubt over the matter.

Q: How would you define a tax haven?

CL: Europe has to admit that any country that has laws that mask its tax system in a manner that facilitates tax dodging is a tax haven. To a certain extent, the UK also falls into this category, given the special status it grants to residents living in the country, which allows them to avoid paying taxes on income not generated on British soil through the system of foreign income for ‘non-domiciled’ residents. The goal is not to reduce taxes as such but to attract capital and talent to the country. Many countries that attempt to attract companies and individuals through more favourable tax systems could be deemed tax havens but it is the opacity of their legislation that makes all the difference.

Q: To what extent do tax havens exacerbate economic inequalities?

CL: To benefit from the opportunities they offer, you need to have some assets to tuck away. It tends to be those with the most assets who use such systems. Once hidden, either entirely or in part, then the income generated by these assets will circumvent the tax system and offer a higher yield than taxed assets. These differences in yield further exacerbate initial inequalities.

Q: Are the richest companies the ones that benefit the most?

CL: Multinationals take advantage of the complexity of international rules on taxing profits, which leave massive loopholes that are subsequently exploited to dodge taxes through tax havens. Even major French state-owned corporations sometimes take advantages of these opportunities, despite the fact that the government, as a shareholder, should emphatically condemn such practices.

Q: How could we tackle the problem more effectively? Is it possible to eliminate tax havens?

CL: Combatting these tax havens, which deprive governments of substantial sums while exacerbating inequalities between citizens, is both a legitimate and necessary course of action. Often, the search for tax havens goes hand in hand with the search for tax optimisation, which itself benefits from the existence of tax havens in the same way that those tax havens use tax optimisation to make the entire system as opaque as possible. In the end, when countries facilitate tax optimisation through specific rules, they also encourage an increase in complicated, cross-border financial arrangements, which makes the task of monitoring bodies all the more difficult.

Q: Though, is it possible to eliminate tax havens?

CL: Yet it is possible to eliminate tax havens. That can be done by establishing ownership records, akin to land registries that show which building belongs to which person, except that the system is applied to all types of property. Then, if a person holds shares in a company in the Cayman Islands, the firm will be required to reveal all information about its owners—the ultimate weapon against tax havens being the creation of this transparent information. And it can be done: the information is there; it is simply not centralised, which makes any sort of control or inspection extremely difficult.

Q: Isn’t it a matter of political will?

CL: Europe and all countries affected by the problem can successfully tackle the issue if they have the political will to do so. However, it is not a matter of claiming the problem has been dealt with, as President Sarkozy did on a number of occasions. We need to ensure we have the means to take action by paving the way for retaliatory measures if nothing changes, which could be in the shape of customs duties imposed on recalcitrant countries. Yet Europe continues to be handicapped by the unanimity rule in such respects, which ends up being anti-democratic.

Q: Do you feel there has been sufficient effort to tackle tax havens, especially in France?

CL: It is crucial that public opinion grasp the scale of the problem. The campaign to tackle tax havens largely depends on us, citizens, researchers, journalists: we must all rally to make things change. It is a matter of politics and social responsibility that should loom larger in our minds. In France, I find it outrageous that François Hollande should visit Switzerland and claim that the tax problem with the country has been solved when it absolutely has not. I am sorry to see the French president so elusive on the issue after long covering for a budget minister who had a Swiss bank account yet claimed he didn’t like the wealthy—which is ridiculous—instead of doing his utmost to prevent certain people from exploiting the system.